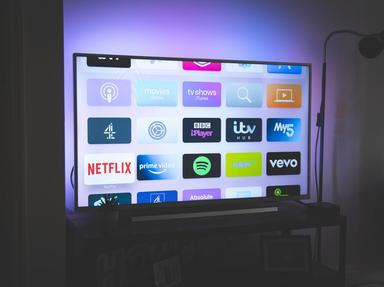 Characters and Actors Trivia and Quizzes

Some of the best quizzes in the Television Category can be found here. Moms, Dads, Neighbors, unforgettable characters from your old favorites. Take a look around and send us some quizzes on people you don't already see here!
There are 149 quizzes and 1,490 trivia questions in this category.

A new quiz every hour! Over 1,490 questions in rotation. Recent Scores

Cast in Other Shows (16 quizzes)

The Queens of Comedy

What Ever Happened To....

10 questions
Average, 10 Qns, fredsixties, Jul 24 09
Many child stars have come and gone in entertainment, but where did they go? Some have had success as adults and some have not. All are from American TV. See if you can remember these names from entertainment's past.
Average
fredsixties
Jul 24 09
5172 plays
4.

Child Stars On Your Television

10 questions
Average, 10 Qns, Eauhomme, Mar 22 09
"Dickie Roberts: Former Child Star" may or may not have been a memorable movie. I don't know. I didn't see it. But there was the wonderful song at the end--"Child Stars On Your Television", performed by and about some of the great stars of yesteryear.
Average
Eauhomme
Mar 22 09
2694 plays
5.

10 questions
Average, 10 Qns, MaceoMack, Jan 23 08
How well do you know television actors and their roles? I'll give you hints on two TV roles played by the same actor, you identify the actor. For true TV junkies, it should be easy. Good luck!
Average
MaceoMack
Jan 23 08
4317 plays
6.

15 questions
Difficult, 15 Qns, MaceoMack, Jun 17 12
Return with me to visit some of the TV shows I enjoyed during my childhood. Do you remember these pre 1970 title series and characters? Good luck.
Difficult
MaceoMack
Jun 17 12
1143 plays
7.

10 questions
Easy, 10 Qns, Bob9491, May 22 17
Most people have no trouble remembering the lead characters in popular sitcoms. But what about those secondary ones? Have fun matching the character with the show! This quiz spans the '50s through the '90s.
Easy
Bob9491

Who Played Me on TV?

Who's the TV Title Character? 10 questions
Average, 10 Qns, nilknarf710, Jul 18 08
Many TV shows have titles which refer to the main character by a nickname or a name other than their real name. Can you name the title characters of these shows?
Average
nilknarf710
Jul 18 08
3303 plays
11.

Who Played Who? 10 questions
Average, 10 Qns, zambesi, May 16 16
Let us see if you can remember a theme song plus actors or actresses and their roles in a variety TV series from the 1950s to 1970s.
Average
zambesi

Who Played the Mister? 10 questions
Average, 10 Qns, debodun, Jul 02 19
Can you select the actor that played the title character in these classic American TV shows with "Mister (or Mr.) in the title?
Average
debodun
Jul 02 19
285 plays
17.

The Wisdom of Red Green 10 questions
Average, 10 Qns, 1MeanRick, Apr 18 18
Red Green is a Canadian Senior who is the President of Possum Lodge. A handyman genius. He was touring as a one man show, and still writing books in 2018. He was the star, writer, and director of "The Red Green Show".
Average
1MeanRick

Why Not Make It a Double? 10 questions
Average, 10 Qns, shuehorn, Oct 27 18
You can never have too much of a good thing, right? This quiz is about TV shows where actors played multiple roles. This double (and sometimes triple or more) duty was important to the plot and showcased these actors' talents. How many do you know?
Average
shuehorn

Title Characters From TV Shows Through The Decades 10 questions
Tough, 10 Qns, MaceoMack, Apr 12 12
Do you remember the TV title characters of some classic TV series? Try this quiz and test your memory.
Tough
MaceoMack
Apr 12 12
1080 plays
22.

TV Stars Alter-Egos 10 questions
Average, 10 Qns, lowtechmaster, Jul 14 15
Many television comedians have created characters for which they are famous. How many can you remember?
Average
lowtechmaster

They Played...Something...Didn't They? 10 questions
Tough, 10 Qns, kyleisalive, Mar 06 17
You can probably figure out which actor played what role by name, right? Well let's see if you can match the actors with something else. See if you know who they were. Good luck!
Tough
kyleisalive

The TV Yes, Yes, Yes, No Character Quiz 10 questions
Difficult, 10 Qns, MaceoMack, Oct 05 13
In the interview, your favorite TV star answered "yes" when asked if they had roles in three of the four TV shows listed. Which series would receive a "no" answer? Take you best shot at answering and good luck.
Difficult
MaceoMack
Oct 05 13
510 plays
28.

Almost the Star - Supporting Actors in TV Shows 10 questions
Average, 10 Qns, CirceMagic, May 02 17
A television show depends on the strength of its cast. Unfortunately, not everyone can be called a star. Help support those in supporting roles in the following quiz.
Average
CirceMagic
May 02 17
495 plays
29.

"Kiss Me, You Fool" 10 questions
Very Difficult, 10 Qns, HudsonsDaddy14, Apr 03 16
Love is in the air! Here are ten questions about some of my most favorite couples in television throughout the years. Much thanks to Creedy, who suggested as a Player Author Challenge.
Very Difficult
HudsonsDaddy14
Apr 03 16
333 plays
This is category 7731
Last Updated Aug 01 20 5:46 AM