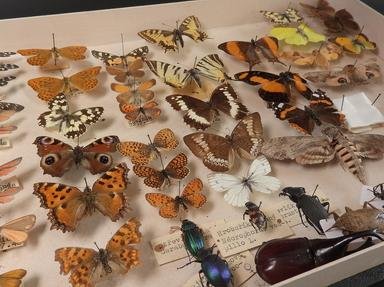 It may only be little but the mosquito has been man's greatest adversary in the animal kingdom, affecting social policy and even wars.

Quiz Answer Key and Fun Facts
1. The name for the mosquito comes from the Spanish language. What does it mean?

"Mosca" is the Spanish word for fly and mosquito is its diminutive form. The first recognised usage of "mosquito", according to the OED, appears in 1572 and was coined to distinguish the mosquito from the house fly. Prior to this point, the Spanish referred to mosquitoes as "biting flies".
2. The mosquito is part of the family "Culicidae" which contains three sub-families. Which of the following is not one of the sub-families?

Chaoboridae are more commonly known as "phantom midges" and their larvae feed upon mosquito larvae.

There are 41 known genera of mosquito of which 37 belong to the sub-family Culicinae, which also contains more than 80% of the species of mosquito. Toxorhynchitinae contains just one genus, the extremely aggressive Toxorhynchites, which do not feed on blood but whose larvae feed on the larvae of other mosquitoes within its breeding area. Their aggression is not merely to provide food; they will continue killing even after they are sated, sometimes continuing until there is only one larva remaining.
3. Mosquitoes are well-known for having a major role in the transmission of malaria into humans, but what exactly is that role?


Answer: The mosquito acquires the parasite from one human and passes it on to another through its saliva

The cause of malaria is the parasitic protozoa, Plasmodium. There are four types of Plasmodium that can infect humans. The most common is Plasmodium vivax, which is rarely fatal. The rarest is Plasmodium ovale, which also causes a relatively mild illness. Plasmodium malariae causes a severe fever but is also rarely life threatening. The fourth species is Plasmodium falciparum which is much more vicious than the other three pathogens and frequently causes death.

The spread of the disease requires a human host who is already infected with the parasite. An Anopheles mosquito (the genus which can transmit the disease) can then ingest the parasite by feeding on this human host. From the point of ingestion, the Plasmodium sporozoites find their way from the mosquito's stomach to its saliva glands and the mosquito is ready to pass them on to the next human on whom they feed.

The symptoms of the disease first manifest themselves between seven and fourteen days after infection with a severe chill and the shakes, known as rigors. After the chill comes the fever which can send the body temperature up to 106 degrees Fahrenheit. Death is often caused by the formation of blood clots as the parasite makes the blood cells sticky, starving the brain of oxygen.
4. Only female mosquitoes feed on blood.

Mosquitoes mainly feed on nectar, rotten fruit or honeydew excreted from other insects. However, the female mosquito requires protein for the production of eggs and blood is the food from which it obtains this. Only a small number of the very large number of species of mosquito feed on human blood.
5. As well as malaria, which of the following diseases does the mosquito act as vector agent for?

The many varied species of mosquito are also responsible for the transmission of many varied diseases. In North America, it is the vector agent for Eastern Equine Encephalitis (EEE), better known as sleeping sickness. The mosquito acquires EEE from birds, most notably the starling, and not the horse as its name might imply.

Other diseases that it carries to humans include Rift Valley disease and Filariasis, which can, in extreme cases, lead to elephantiasis.
6. Which feature of the adult insect do the pupae of Culex mosquitos lack?

This is an important factor in the control of mosquito populations. As the pupae do not feed, the best means of larvicide is to suffocate the pupa by the application of oil to the surface of the water on which the eggs have been laid.
7. Which chemical, formerly known as Neocide, was pushed by the USA as the tool to eradicate the world's mosquito population only for its use to be declared illegal at the end of 1972?

DDT (Dichloro-Diphenyl-Trichloroethane) was first used as a de-lousing agent on Axis prisoners of war during World War II and it was noticed that not only did DDT kill the insects but it kept on killing them long after the chemical had been sprayed. A further success on a larger scale came when DDT was used to treat the people of Naples who were suffering with Typhus following the German destruction of the sewer system in the city. Following this success, the US army rolled out the pesticide programme across Italy and the belief that DDT would be the ultimate weapon in the battle against the mosquito soon spread.

Its weaknesses, however, became apparent after a few years. A major spraying programme in Greece at first appeared, like many others, to be a huge success, reducing the incidence of malarial parasites in Greek children from 16 percent down to zero. No sooner had the euphoria of this success died down than the mosquitoes started re-appearing and recommenced biting. Laboratory investigation discovered that, through natural selection, the mosquitoes had adapted to the use of DDT and those that had returned were immune to the pesticide.

This was particularly bad news for the US who had put DDT at the forefront of their techological propaganda battle against the Soviet Union. Believing in its long-lasting properties, the US had promised the eradication of the mosquito in malarial areas in the hope of widening their sphere of political friends. Studies demonstrated that mosquito populations under attack from DDT could adapt to resist the pesticide in approximately seven years so the approach of the US changed to defeating the parasite by keeping mosquitoes at bay long enough for the carriers to be cured and the parasite to be removed from the local population.

There were some undoubted successes in the US campaign; for example India's incidence of malaria in the early 1960s was reduced from 10 percent a decade earlier to just 1 percent and some 20 percent of malarial areas were rid of the disease but worldwide eradication was not possible. Most of the successes came in areas were mosquitoes tended to be house-dwellers and therefore easy targets and areas where there had been success but neighbouring areas had not been part of the programme, saw the reduced levels of parasite begin to climb back up to where they had been previously.

A further nail in DDT's coffin was hammered in with the publication of "Silent Spring" by Rachel Carson in 1962. The book was concerned with a host of environmental issues, particularly the effects of pesticides on the environment. It highlighted that the spraying of DDT was responsible for the death of other animals, damaged bird eggs and could be found in human mother's milk. On the back of its publication several US states reviewed their use of pesticides and a number banned the use of certain chemicals including DDT.

In 1969, the World Health Organisation officially declared that the eradication programme had failed and two years later, the USDA began hearings into the use of DDT. After nine thousand pages of testimony, the agency released a statement on December 31, 1972 declaring that the use of DDT in the United States would no longer be legal.
8. Before the widespread use of insecticides what was the most effective measure employed by civil authorities against mosquito-borne disease?

Cleanliness of body and spirit was deemed by many to be important in the fight against diseases such as Malaria and yellow fever as the role of the mosquito in communicating disease remained unknown for centuries. Quarantine was imposed in some areas as the diseases were thought to be contagious but proved ineffective as those guarding the area were unable to stop the mosquitoes getting through.

The advocation of sanitation as a means to improve public health was the first success in reducing the incidence of mosquito-borne diseases but it was not the cleanliness itself that proved to be the important factor. The true danger to human populations was brackish water standing in swamps, marshes, barrels and many other vessels. By draining or removing these bodies of water, the authorities would remove the main breeding sites for many mosquitoes who carry disease.

Whilst early sanitation campaigns were successful it was many years before it was understood why. Only once the malarial parasite had been discovered by Sir Ronald Ross in 1899 did the focus of public health campaigns switch to the mosquito. John B Smith in New Jersey was one of the first public health officials to successfully demonstrate that draining marshlands (in this case, the area now known as Meadowlands) would prove an effective strategy against the mosquito. His efforts made many areas habitable and allowed the large-scale development of nearby lands.
9. Which drink was introduced by the British Army into its colonies to help fight the spread of malaria?

"Indian Tonic Water" was developed when it was discovered that the compound Quinine was effective as a prophylactic against malaria. Quinine was added to carbonated water to make the drink, which had a very bitter taste. To make the tonic water more palatable, it was served with gin, adding a sweetness and taking the edge off the bitterness.

The modern tonic waters on sale today have their quinine content restricted to less than half the amount of quinine of the original concoction.
10. How does the chemical DEET help protect against mosquitoes and malaria?


Answer: By giving off a "scent" that disorients the mosquito

The full name of DEET is N,N-diethyl-m-toluamide. Its primary role is as an insecticide protecting against tick and mosquito bites which it does by giving off an aroma that blocks the insect's ability to detect the aroma of lactic acid or carbon dioxide, thereby blinding the insect to the presence of a human or animal target.
Source: Author Snowman 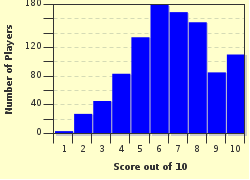