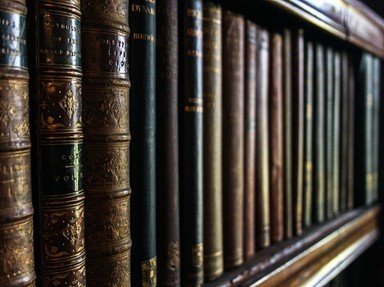 I am writing a whodunnit novel but some of the words I am using have become fractured. Can you help me unravel the words (IN BOLD) to solve the crime?

Quiz Answer Key and Fun Facts
1. One dark and stormy night, the telephone by my side suddenly rang and it was Reverend Golightly to say there had been a murder at the FEE CARRIAGE.

A vicarage is the residence of a vicar. The building is within his, or her, parish and very close if not next door to the church.
2. It only took me ten minutes to get to where the murder had taken place. The body was face down in the CONE SIR VET HOARY, a dagger clasped tightly in his hand.

A conservatory is a glass structure attached to a main house. It is normally used for growing exotic plants, but nowadays, people use it as an inside extension of their garden.
3. Lord Knickersley-Knockerbotham had been murdered! I had to find the culprit, but I also knew that he, or she, was INN KNOW SAINT until proven guilty, so I had to hunt quickly for clues.

In many legal justice systems, people are innocent until proven guilty. The police and prosecutors build up a case which is tried in a court of law and then a verdict given.
4. I looked carefully at the dagger but there were no stab wounds on the body, neither was there any blood on the blade. Ah! ha! I'm sure it was a RAY DARE RINK placed in the victim's hand to divert me from the truth.

A red herring is the name given to a false clue, or a smokescreen, used to mislead or distract from the truth.
5. I believe the murderer was in TEASE GUYS as I found a wig and face mask hidden behind a large palm tree.

People use a disguise to hide their true identity, sometimes by using a wig, face mask, prosthetics or different articles of clothing.
6. I interviewed the housekeeper, Mrs Nearly-White, and she gave me an ALE HE BYE for the approximate time his Lordship had been murdered. I released her without any further questioning.

An alibi is a claim by the person being questioned that they can prove they were elsewhere when a crime or incident was being committed. A third party can also give evidence to back up their claim.
7. Inspector Holmes and his sidekick, Doctor Watson, stopped by to see whether I needed a helping hand to identify the CREAM ME NAIL.

A criminal is a person who does wrong by breaking the law. Sherlock Holmes and Doctor Watson were a literary pair who tried to bring criminals to justice, especially the evil Moriarty.
8. They noticed straight away the VIN CURB RINSE on an empty brandy glass which had somehow dropped to the floor.

The natural oils from our fingers can be left behind on smooth surfaces such as glass, china, metal or even paper. Fingerprints are lifted and then analysed by a forensics team to identify the perpetrator.
9. On checking the glass for any remains of poison, we tested for ARE SNEAK, hemlock and cyanide.

Hemlock, cyanide and arsenic are all poisons used in the criminal and detective genre of literature. The poison is normally applied to liquid or food before being ingested by the unsuspecting victim.
10. Yes! His Lordship had been poisoned and we managed to arrest the head gardener, Miss Bella Donna, as she tried to escape. I am pleased I was able to use the LEA TALE GRACE HELLS in my brain to help solve this crime. Thank you for your help! 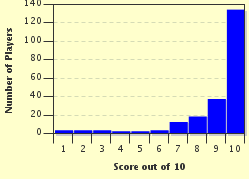