All About the Beautiful Rue McClanahan Quiz

Here is a quiz chronicling the life and times of actress, Rue McClanahan. Just how much do you know about her?

Quiz Answer Key and Fun Facts
1. Rue McClanahan was born and raised in the Sooner State. Which US state did she grow up in?

Eddi-Rue McClanahan was born on the 21st of February, 1934, in Healdton, Oklahoma. After attending Ardmore High School, she went on to study German and theatre at the University of Tulsa.
2. Rue McClanahan made her Broadway debut in December 1968, in the original production of "Jimmy Shine". Which future Academy Award winning actor starred alongside her, in the title role?

Rue McClanahan made her Broadway debut in 1968, as Sally Weber in "Jimmy Shine". "Jimmy Shine" focused on the plight of a young artist, (played by Dustin Hoffman), who did everything his friend told him to in high school, thus ensuring a miserable future for himself. For after being led astray, and being persuaded to skip going to college, his pal convinced him to try his hand at being an artist.

His friend then betrayed him by going to college himself, before then marrying the very girl Jimmy had been in love with.
3. Although married many times, Rue McClanahan never had any children.

In 1958 Rue McClanahan married Tom Bish, who fathered her only child, a son named Mark. However soon after finding out that McClanahan was pregnant, the couple went their separate ways, and divorced in 1959. That same year McClanahan married her second husband, Norman Hartwig, but they too eventually divorced, (in 1961), after realising that they weren't in love. McClanahan then met her third husband, Peter DeMaio, while starring in a stage production of "The Secret Life of Walter Mitty" (1960). They married in 1964, and were divorced in 1971.

In 1976 McClanahan met and married her fourth husband, Gus Fisher, but it came to an end in 1979. McClanahan then married again, in 1984, after meeting up with her high school sweetheart, Tom Keel, but the marriage only lasted a year. On Christmas Day, 1997, McClanahan married for the sixth time.

The man in question was Morrow Wilson.
4. In 1970, McClanahan starred in the American soap opera, "Another World" (1964), where she played murderous nanny, Caroline Johnson. What did McClanahan's character do to the mother of her charges?

In 1970, Rue McClanahan secured the role of nanny, Caroline Johnson, on the American soap opera, "Another World" (1964). The role was originally intended to be a short-lived one, but was later extended. In this soap, McClanahan played a nanny who fell in love with John, the father of her two charges, twins Michael and Marianne.

As her feelings for her employer grew, Caroline began to poison the twins' mother, Pat. Things finally came to a head when Caroline kidnapped the two children, but was eventually captured by the police, bringing an end to her criminal plans.
5. What type of cancer was Rue McClanahan diagnosed with in 1997?

In 1997 Rue McClanahan received the devastating news that she had breast cancer. After months of intense treatment she was given the all clear, and went on to do a great deal of work promoting cancer awareness.
6. "The Golden Girls" (1985) turned Rue McClanahan and her co-stars, Beatrice Arthur, Betty White and Estelle Getty, into international household names. Which golden girl did McClanahan play?

"The Golden Girls" (1985) was an American sitcom that revolved around the lives of four older women, who shared a house together in Miami. Rue McClanahan played southern belle, Blanche Devereaux, the owner of the house. Known for her promiscuity, Blanche's dating experiences were the subject of much of the girls' conversation.
7. Which of the following charities has Rue McClanahan been a staunch supporter of?

Rue McClanahan was one of the first high profile individuals to support PETA (People for the Ethical Treatment of Animals). Having always had a love of animals, McClanahan's passion for animal rights eventually led to her being named an honorary chairperson of the charity. In fact, in 2003 she wrote to John Kerry in order to inform him that his hunting activities had lost him her vote.
8. In 1989 McClanahan secured the role of Suzy Blair, in the film, "The Man in the Brown Suit" (1989). This was originally a novel written by which English author?

"The Man in the Brown Suit" (1989) was originally a novel written by Agatha Christie. In 1989, it was made into a film starring Rue McClanahan, Stephanie Zimbalist, Edward Woodward and Tony Randall. The plot of the film revolved around Anne Beddingfeld, (played by Zimbalist), who was thrust into an adventure in Egypt. Having boarded a cruise ship, in search of a clue to the mystery, she came into contact with a variety of entertaining characters, including Suzy Blair, (played by Rue McClanahan). McClanahan's performance in this film has been likened to her role as Blanche in "The Golden Girls" (1985), and she has been described as "rather spritely".
9. In November, 2009, the "Golden: A Gala Tribute to Rue McClanahan" had to be postponed due to the actress' hospitalisation.

Unfortunately for McClanahan, she was forced to miss the "Golden: A Gala Tribute to Rue McClanahan", due to illness. The actress was hospitalised in order to undergo heart bypass surgery, and while she was recovering it was revealed that she had also suffered a minor stroke.
10. Which hit Broadway musical did McClanahan star in, as Madame Morrible, in May 2005?

Rue McClanahan took on the role of Madame Morrible in "Wicked" (2003), in May 2005. The plot of the musical centred on the friendship between Elphaba, the future wicked witch of the west, and Galinda, the future good witch of the north. McClanahan's role was as Madame Morrible, the creepy headmistress of Shiz University, who had the ability to control the weather.
Source: Author poshprice 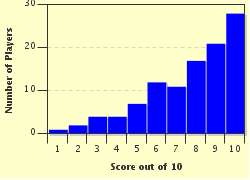