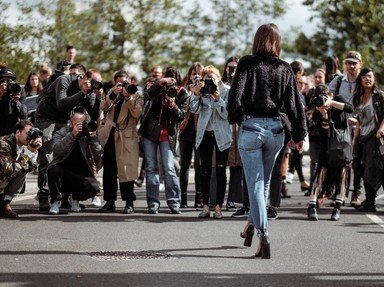 Test yourself! Take this Birth Names of Celebrities Quiz | Birth and Stage Name

Many celebrities gain fame; however, they often do not credit their work to the name they received at birth. So, good luck at attempting to decipher which celebrity belongs with which name?

Quiz Answer Key and Fun Facts
1. In 1970, the actress formally known as Alicia Christian Foster had done a TV commercial for Crest Toothpaste. This was her acting debut. What better known name is she connected to?

Jodie Foster, born November 19, 1962 in Los Angeles, California, is the actress we were looking for; you can see her in such movies as "Anna and the King" (1999), "Flight Plan" (2005), and "Contact" (1997).
2. Caryn Johnson, in 1999 did a milk moustache ad campaign for Print Ads for the National Fluid Milk Processor Promotion Board. However, many people would better remember her from her days of being the center square on "Hollywood Squares" in 2002.

Whoopi Goldberg was born in New York, New York on November 13, 1955. She is the actress that starred in "The Associate" (1996), "Jumpin' Jack Flash" (1986), and "Clara's Heart" (1988).
3. He was born Michael Douglas on September 5, 1951 in Coraopolis, Pennsylvania. Those who know him may already know that he is a Pittsburgh Steelers fan. One of Michael's early jobs was in "Hollywood" pulling 'Mr. Trolley' for "Mr. Rogers Neighborhood" (1975). Which of these men was born with the name Michael Douglas?

Michael Keaton's real name is Michael Douglas; however, he was forced to change his name in order to become an actor since the name was already taken by another actor named Michael Douglas. Michael Keaton has starred in such roles as "Batman" (1989), "Multiplicity" (1996), and "First Daughter" (2004). Just as Keaton, Douglas has played the president of the United States, when he played Andrew Shepherd in "The American President" (1995).
4. Demetria Guynes is the mother of three daughters, Rumer (1988), Scout LaRue (1991), and Tallulah Belle (1994). These children were all born to her former husband of eleven years who she married at the Golden Nugget Hotel in Las Vegas, Nevada. Which actress am I referring to?

Demi Moore, who has played in such films as "Ghost" (1990) and "G.I. Jane" (1997) is the actress once known as Demetria Guynes. She had also appeared in "Moonlighting" in 1989; this is where she met her former husband Bruce Willis. Demi was born on November 11, 1962 in Roswell, New Mexico.
5. Who is Joyce Frankenberg? Well, to give you a clue, she played Kathleen Cleary in the hit film "Wedding Crashers" in 2005. She was also the portrayer of Elise McKenna in the film opposite the late Christopher Reeve and Christopher Plummer earlier in her career. Which actress is really Joyce Frankenberg?

Jane Seymour, a.k.a. Joyce Frankenberg, starred in "East of Eden" (1981), "Dr. Quinn Medicine Woman" (1993-1998), and "Somewhere in Time" (1980). "Somewhere in Time" was the film in which she portrayed Elise McKenna alongside the late Christopher Reeve and Christopher Plummer. Jane was born February 15, 1951 in Hayes and Harlington, Middlesex, England.
6. Born in Milwaukee, Wisconsin on June 11, 1933, he was once better known as Jerome Silberman. This man was once married to the late Gilda Radner who died of ovarian cancer in September of 1984. He had recurring roles with Mel Brooks and the late Richard Pryor. Can you select the correct actor?

Though Johnny Depp had also taken on the role of Willy Wonka, the man we are referring to is Gene Wilder, the original Willy Wonka. In 1971 he played the original Willy Wonka in "Willy Wonka and the Chocolate Factory".
7. Thomas Mapother IV is now the father of a daughter whose identity was kept secret from the public for months. This man was once married to Nicole Kidman until he divorced her for Penelope Cruz. He then left Penelope for the younger Katie Holmes, who is the mother of his daughter Suri. Which actor am I speaking of?

The woman of the day is Doris Day herself. Sorry for the pun; however, this actress, interestly enough, was born on the same day as Marlon Brando. She was nominated for an oscar, won twenty-five awards, and was nominated for fourteen more. Recently she has been credited with the soundtracks to such films as "Lady in the Water" (2006), "Mona Lisa Smile" (2003), and "Tortilla Soup" (2001).
9. Betty Joan Perske, born on September 16, 1924 in New York, New York, was rated #6 in Empire Magazine's 1995 "100 Sexiest Stars in Film History" countdown; however, you will find her under her stage name, not this name. "My Fellow Americans" (1996) was a film she had starred in with James Garner and the late Jack Lemmon. Who is she?

Lauren Bacall was once Betty Joan Perske before she made her acting debut in "To Have and Have Not" (1944). An interesting note I found online about her was that she was staying in the same New York apartment building as John Lennon of the Beatles when he was shot.

He died on December 8, 1980 after being shot at the Dakota. Bacall had been interviewed about the shooting; however, she had said that she "assumed that it was a car tire bursting or a vehicle backfiring".
10. In December of 1991, this actor (who was born Issur Danielovitch) was the recipient of the American Life Institute's Lifetime Achievement Award. He also received the Presidential Medal of Freedom from President Carter on January 17, 1981; this is the highest U.S. honor a civilian can receive. I bet that his famous son would be very proud of him. Can you match the correct actor birth name of Issur Danielovitch?

Kirk Douglas was born Issur Danielovitch on December 9, 1916 in Amsterdam, New York. Later he took on the name Kirk Douglas as his stage name since he wanted to become a star and did not think that his Russian-Jewish name was star material. His latest film was "Illusion" (1994) where he plays Donal Baines. 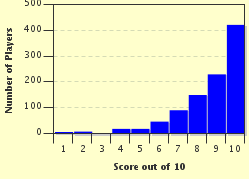 
Other Destinations
Explore Other Quizzes by twinklingstars