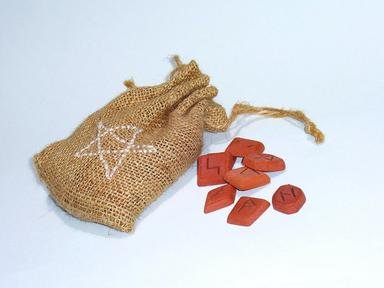 A doppelganger is someone almost identical to someone else. It is said that each person has a doppelganger somewhere in the world. But these celebrities resemble dogs; so they have doggelgangers. Do you know these celebs? Watch out for hidden clues!

Quiz Answer Key and Fun Facts
1. This comedienne resembles a puli, but only because of her dreadlocks. Pulis also have fur that resembles dreads. This sister acts, she sings, has a talk show, and is a comedienne! Who is the actress?

Whoopi Goldberg was born in 1955 as Caryn Elaine Johnson. She first starred in "The Color Purple" in 1985. As an added clue, I said "this sister acts..." "Sister Act" was another movie Whoopi Goldberg starred in, in 1992.

The puli is a medium-sized herding dog with tight curls as its coat, and they are very similar to dreadlocks. It makes the dog almost perfectly waterproof. You don't have to look very hard to see that Whoopi's hair and the fur of a puli look nearly identical.
2. This singer tends to go from straight to curly hair, to straight, to curly again. Back and forth she goes, but when it's really curly, she resembles a poodle with its curly hair. She often sang with Fleetwood Mac. Say you will get this right; who is the singer?

A poodle is known for its curls, making the dog look very poofy. Since the poodle was originally bred as a water dog, the curls act to waterproof the poodle. Of course, Stevie Nicks doesn't have puffs of hair around her ankles...
3. In his earlier years, not so much, but as he got older, this singer began to resemble a basset hound with his long face; his long hair acting as the ears of the dog. This guy sang with The Stooges, and also made several solo albums, including "Blah Blah Blah" and "Brick By Brick". He was no idiot, though. His lust for life kept him singing. What singer is this?

A basset hound is known for its long, droopy looking face with its even longer, droopier ears. Please know that I am not saying Iggy Pop is droopy; he just has a long face with long hair to match! At least Iggy isn't short, long and stocky like a basset hound, though.
4. When this singer has long, straight hair, I believe her to look much like a graceful Afghan hound. The dog has a very slender face, with long, silky hair on its ears. This singer, in 1999, earned a record for the longest hit-making career, with number one songs in 1965 and 1999. Who is this singer?

Afghan hounds have long, slender snouts, and long, silky hair on their ears. Cher has a long, thin face as well, and with her long, flowing hair, she can look like an Afghan hound at the right angle. And when she's on all fours. And when she's barking. And covered in fur. But when all of that is put into place; identical!
5. I pity the fool who gets this question wrong. Because of his hair, this actor looks a lot like a Chinese crested. This A-Team actor has hair only on the top of his head, like a mohawk, similar to where the only hair of a Chinese crested dog is. Who is he?

A Chinese crested is a mostly hairless dog, with only tufts of hair on the top of its head, similar to Mr. T's mostly bald head with only a mohawk down the middle. But the difference is; Mr. T isn't a scrawny little dog.
6. Oh, it's you again. Try this question out for size. A Bichon Frise is a cute little dog with curly white hair. This actress, known for her role in "The Mary Tyler Moore Show" and "Hot in Cleveland", also has curly white hair. Who is this golden girl?

Bichon Frise's have white curly hair, usually, but it can darken to a light tan color. Betty White's hair is not as white as snow as most Bichon Frise's fur is, but the dog can have color very similar to her hair. If you didn't know better, you'd think Betty White WAS a Bichon Frise; in the right lighting... And with both eyes closed.
7. This singer and actress has many similarities to a borzoi. A borzoi's face is very sleek, long, and slender, and looks much like this singer, who starred in "Yentl" and "Hello, Dolly", and has albums such as "ButterFly" and "Funny Girl". The third album she had was in 1964, and by 2009, she was on album number 33. Many people love the emotion of this singer. Who is she?

Borzois have long, sleek faces, much like Barbra. Barbra doesn't run agility courses and sniff out game, however. She sings and acts instead.
8. This actor was extremely talented. Not only did he act, but he was an author of some children's books and even some cookbooks. He was also a director and producer. In his later years, he resembled an English bulldog. This is because of his slightly rotund face, but also because of his mustache and beard, which looked a lot like the folds of a bulldog's mouth. He also fathered three sons who would also become actors. Sadly, this hot stuff met his end in 2009, when he died at 75. Of the DeLuise family, who was the father?

Dom DeLuise was born as Dominick in 1933. He starred in many movies, directed and produced quite a few, and wrote cookbooks and children's books. The added clue of "this hot stuff met the end" hinted at two of his many movies, "Hot Stuff" (1979, and he also directed) and "The End" (1978).

Peter DeLuise is known for his acting in "StarGate", Michael DeLuise starred in "Wayne's World", and David DeLuise is from "Third Rock From the Sun" and "Wizards of Waverly Place".

An English bulldog has a characteristic face, where the folds of his mouth look a lot like Dom DeLuise's mustache and beard combo, if you squint really hard, close one eye, tilt your head, cross your eyes, blink as fast as you can, and spin around in circles. The resemblance at that point is uncanny!
9. This actor has been in many movies, including "Ocean's Eleven", "Interview With a Vampire", and "The Curious Case of Benjamin Button". One day, he was spotted sporting a full mustache and beard, and his graying facial hair made him resemble a Schnauzer, a dog with a mustache-like appearance. If you want to snatch a few extra points, you need to use your mega mind to figure this one out. Who is he?

A schnauzer is known for having a grayish muzzle that looks like it has a mustache and beard. If you only look at Brad Pitt's chin and mouth, he looks just like a schnauzer. But when you look at his full face, not so much.
10. Oh my goodness, a Brittany looks a bit like a red-headed girl with some freckles! Though this child star might not have had many freckles, she did have red hair. She starred in "Heidi" and "Curly Top". Who could this little princess be?

Shirley Temple was born in 1928. As a child, Temple starred in many movies, including "Heidi" (1937) and "Curly Top" (1935). In later years, she became an ambassador for the United States. As an added clue, I said "who could this little princess be"? "The Little Princess" starred Temple in 1939. Also, I started with "oh my goodness", a famous Shirley Temple quote.

A Brittany is a gun dog that is usually a greyish white color with brown or reddish brown spots. In the face, it looks like a little redheaded girl with a few freckles. Shirley Temple wasn't entirely freckle-faced, perhaps more like Lindsay Lohan, but she still is a redhead, and looks like a Brittany if you cross your eyes long enough (and maybe after a few beers).
Source: Author salami_swami 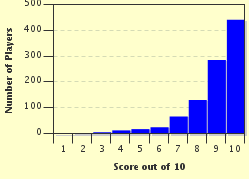