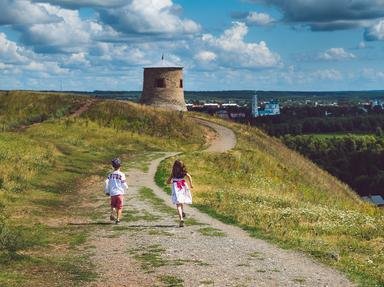 Where Is It Located? Trivia Quiz

Match the archaeological site with its location on the map! Good luck!

Located on the Giza Plateau in Egypt, the Great Pyramid is not only the oldest structure on the list of the Seven Wonders of the Ancient World established by Philo of Byzantium, it is also the only one that is still standing! It has long been believed to be the tomb of Pharaoh Khufu, however, no funerary remains have ever been found inside.
2. Hanging Gardens

Another of the Seven Wonders of the Ancient World, the Hanging Gardens was reportedly built by King Nebuchadnezzar for his homesick wife. Believed to have been an irrigated ziggurat, plants were placed on the different levels. It is the only one of the Seven Wonders whose location has not been exactly established, although it was described in the accounts of many ancient historians.
3. Parthenon

The main feature of the Parthenon, built in Athens after the Persian Wars, was a colossal statue of the goddess Athena, patron of the city, in the main room. Another room in the temple housed the treasury of the Delian League. Throughout its long history, the Parthenon has also been used as a Christian church, a mosque, and (yikes!) a storehouse for ammunition.
4. Church of the Holy Sepulchre

Believed by Christians to have been built over the site of Christ's tomb, as well as the place where he was crucified, the Church of the Holy Sepulchre was one of the projects ordered by Constatine the Great. The church project really consisted of two separate buildings that were connected with a colonnaded atrium. Since its completion in 335, it had been an important destination for Christian pilgrims.
5. Great Ziggurat

Built by Ur-Nammu, king of the Third Dynasty of Ur, in the 21st century BC, the Great Zigguart was the center of the temple complex that worshipped the patron god of the city, Nanna, the moon god. By the sixth century BC it had largely fallen into ruins, and was rebuilt by the Chaldean king Nabonidus.
6. Petra

Petra is a site in Jordan that was constructed by the ancient Nabataeans, and possibly was used as their capital and the center of their caravan trade. Featuring rock-cut architecture in rose rock, Petra also had an advanced water conduit system. Water from flash floods was diverted into dams and cisterns for use during droughts.
7. Great Wall

The Great Wall was built in several stages; parts were built as early as the 7th century BC and were eventually joined together. Built primarily to protect China from invaders, the wall also aided in the control of trade on the Silk Road and immigration, as well as facilitating communication and transportation.
8. Stonehenge

Believed to have been built in several stages with construction beginning sometime between 3000 and 2000 BC, Stonehenge may have been used as a gathering place, as well as a burial site. How the movement of such huge megaliths was achieved and their specific use remain a mystery; however, there are some interesting theories.

Some people believe the stones possessed healing powers and were used for ritual cleansing.
9. Troy

Located in the modern country of Turkey, the ancient city of Troy was uncovered by Heinrich Schliemann and Frank Calvert in the 1860s. Made famous by the Greek Homer, Troy was said to have been the site of a war between the Greeks and Trojans over the beautiful Helen. Schliemann found an cache of riches there, which he called the Treasure of Priam.
10. Palace of Knossos

Considered to be Europe's oldest city, Knossos was one of the cities built by the ancient Minoans on the island of Crete. The palace was excavated and partially restored by Sir Arthur Evans, a British archaeologist. With fabulous murals and a system of hot and cold running water, as well as sewage drainage, the palace contained rooms for the royal family, and served as the focal point of the city.
Source: Author ponycargirl 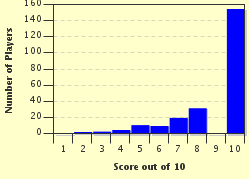