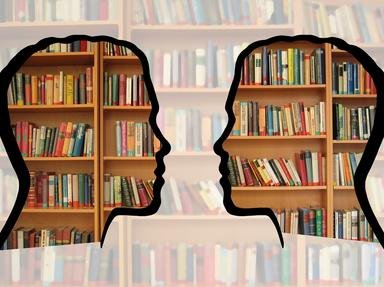 This quiz is about the meanings and origins of names which have, at 'the best of times', enjoyed sudden peaks in popularity - based on statistics of birth names for babies in the United States of America from 1880 through 2009.

Quiz Answer Key and Fun Facts
1. This boy's name, derived from an English surname, experienced a sudden boost in popularity following the release of 'The Graduate' in 1967; presumably this was inspired by the name of the film's young star. What is the name?

The name Dustin is thought to have been adapted from its use as an English surname, which itself originated from an Old Norse given name. Dustin Hoffman, star of 'The Graduate' was named after a silent film star called Dustin Farnum. Although the name had not been within the top one thousand names given to babies born in the USA at any time prior to 1968, it remained a popular choice from that time through the 2000s, peaking in 1984 and 1985 as the 41st most common name for babies born in those years.
2. This name, which comes from the Old English for 'row of houses by a wood', had a sudden rise in popularity in the early twentieth century because it was the name of an American President who took office in 1913. What is the name?

Thomas Woodrow Wilson was given his mother's maiden name as a middle name, and it was the name he commonly used. In 1907 the name Woodrow entered the top one thousand baby names, debuting at number 815, and the name's popularity peaked at number 44 in 1913. Woodrow remained in the top one thousand baby names through 1983.
3. The selection of this name, which is the feminine form of Aali, rose dramatically in the USA largely because of a singer and actress who used this as a mononym. What is it?

Aaliyah Dana Haughton performed under her first name only. This name first entered the top one thousand baby names following Aaliyah's 1994 hit album 'Age Ain't Nothing but a Number' and hit the top 100 names in 2001 following the performer's tragic death in an aeroplane crash.
4. This Scottish name scraped into the top one thousand names for a few years in the 1950s because it was in the name of a television show, but enjoyed somewhat more enduring popularity after a singer with the name had hits with '9 to 5' (also known as 'Morning Train') and 'For Your Eyes Only' in the 1980s. What is the name?

Sheena, Queen of the Jungle, who had been a comic book character of the 1930s, was the centre of a television series in the 1950s, and at this time the name had a small rise in popularity. However, the Scottish singer Sheena Easton stimulated a more significant rise in selection of the name for babies, and in 1984 it peaked as the 80th most frequently chosen name for that year.

A film titled 'Sheena' that was released in 1984 probably also helped make the name popular that year.
5. This name is an alternate spelling for a name, with ancient Roman origins, meaning brother. It experienced a sudden yet enduring increase in popularity following the Jackson Five's rise to fame because it was the name of one of the group's members. What is it?

Jermaine is an alternate spelling for the name Germain, which is the French form of the name Germanus. Germanus was a name which meant brother in Latin. The name first appeared in the top one thousand names in 1970 and sat inside the top two hundred names from 1972 through 1984.

It remained within the most popular five hundred names through 2009. The members of the Jackson Five were: Jackie, Tito, Jermaine, Marlon and Michael Jackson.
6. The entry of this name into popular usage appears to have been stimulated by the success of an actress and singer, daughter of country music performer Billy Ray Cyrus, who has made it famous. What is the name?

Miley Cyrus was born Destiny Hope Cyrus in 1992, but was given the nickname Smiley by her parents because she smiled so much as a baby. This name was shortened to Miley and this was the one she used as she forged her career in entertainment. In 2007 the name Miley debuted at 278 in the list of most popular names and had even stronger showings in 2008 and 2009.
7. This name is a diminutive form of the Hebrew name Keziah. It made it into the top one thousand names for just three years following its use for a character in the book and miniseries 'Roots'. What is it?

In the Old Testament, Keziah was one of the daughters of Job. Its diminutive form, Kizzy, was used as the name for one of the characters in 'Roots', a hugely successful book (1976) and miniseries (1977). In 1977 Kizzy ranked 223 on the list of most popular names; in 1978 it ranked 439; by 1979 it had dropped to 646 and then it dropped out of the top one thousand.
8. This became popular as a first name for girls in the mid-1970s, but it was actually the surname of the performer who inspired it. This singer performed with a 'captain'. What is the name?

Cathryn Antoinette 'Toni' Tennille performed with Daryl Dragon as The Captain and Tennille. They had several hits between 1975 and 1980. Tennille entered the list of popular girls names at 299 in 1976 but by 1979 it had faded out of the top one thousand.
9. In 1898 the name Richmond Pearson Hobson was all over the pages of American newspapers, and for that year and two more to follow, the name Hobson was suddenly within the top one thousand most popular names for boys. What had the original Hobson done to inspire so many parents to name their children after him?


Answer: He was a hero of the Spanish-American War.

Richmond Pearson Hobson rose to fame during the Spanish-American War of 1898 as he sank his ship, The Merrimac, in an attempt to block a strategic channel. He was captured by the Spanish and word of his heroics was circulated widely by the American press. Upon his release, he returned home to crowds of cheering men and swooning women, and was awarded the Medal of Honor.

In 1898, 1899 and 1900, Hobson was amongst the top one thousand names given to baby boys in America. In 1941, long after his name had lost favour amongst new parents, a destroyer was named after Hobson.
10. This name, which was a popular name for boys between 1942 and 1951, was actually the surname of a General who acted as commander of the U.S. Army Forces in the Far East during World War Two. What is the name?

Douglas MacArthur was born in 1880 and groomed for a career in the military. In 1941 he was called out of retirement to serve as commander of the U.S. Army Forces in the Far East and his service in this role clearly inspired many Americans back home. Removing the additional capital to make the name read as a first name, around 0.02% of parents named their baby boys Macarthur in 1942, making it the 357th most popular name that year. From then through 1951, 1948 was the only year that this name did not appear on the top 100 list.
Source: Author looney_tunes 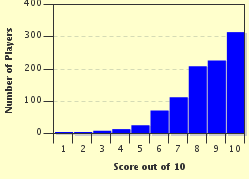 Related Quizzes
1. Do You Know My Name? Average
2. Nature Boy Very Easy
3. How Names Have Changed: Popular '50s US Baby Names Easier
4. What Is My Name? Average
5. Names, First and Last Average
6. A Tea Time Quiz - Ten Occupational 'T's Average
7. Line Up In Alphabetical Order! Easier
8. What About My Name? Tough
9. Boys' Names and Their Meanings Average
10. That's a Nice Name Average
11. If I Wasn't a Footballer... Average
12. Names in Mythology Difficult