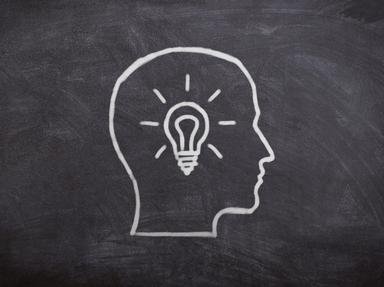 The Joy of Knowledge 8 Trivia Quiz

Here are another fifteen general knowledge questions for the trivia buff. Good luck and have fun.

Peepeye, Poopeye, Pipeye and Pupeye were all nephews of Popeye. It was very difficult to tell them apart so it was assumed they were quadruplets.
Elzie Crisler Segar's comic strip began in 1919. Olive Oyl had a boyfriend called Ham Gravy, who along with Castor Oyl, Olive's brother, appeared in the original cast. Popeye's debut was on January 1929 when he was hired, by Olive, to sail her ship. She required a discourteous, uncivil, unmannerly sailor and Popeye was just her man. He was to sail Olive and her friends to Dice Island, where they hoped to cheat at a casino. Popeye was dropped from the comic strip as his services were no longer required. Popeye's fans demanded his return and he became a national hit. In 1932, hamburger-munching Wimpy and Popeye's arch-enemy, Bluto, were added to the cast.
A six foot, bronze, Popeye statue was located near the Chester Bridge, at the Segar Memorial Park, in 1977, as Elzie Crisler Segar was born in Chester, Illinois on 8 December, 1894. Alas she died at Santa Monica, California, on 13 October, 1938.
2. From word pronunciation, which of the following does not belong: bee, sea, jay, pea, tea, why, zoo

Terry Jones often took female roles in Monty Python sketches. In the movie 'The Life of Brian' (1979) he played the part of Brian Cohen's mother, Mandy. Graham Chapman played the part of Brian, who was sentenced to death by crucifixion. Prior to filming, the cast, whilst sitting on their crucifixes, were bored and hot, so Eric Idle started singing a ditty to pass some time.

This ditty evolved into the song 'Always Look on the Bright Side of Life' which was included at the end of the movie. Considered blasphemous in certain countries, it was banned in Norway (1979-80), Ireland (1979-87) and Singapore. Terry Jones directed this movie and co-directed 'Monty Python and the Holy Grail' (1975) with Terry Gilliam.

He also directed 'Monty Python's The Meaning of Life' in 1983. Alas Graham Chapman, who played Brian, died of throat cancer in 1989.
4. Who was the Crown Prince of Norway in the play 'Hamlet', by William Shakespeare?

This Norwegian crown prince appeared in a few 'brief' scenes in the play 'Hamlet'. His name derived from the French for 'strong armed'. He delivered the last lines in the play 'Hamlet' and hoped for a good future for the Danish Monarchy. Just to add a little confusion, Fortinbras was also the fictitious former King of Norway, who was slain in battle by King Hamlet, and was the father of the Crown Prince himself.
5. I am a night-time raider of campsites and picnic tables, in search for food. My diet consists of wildberries, eggs, crayfish and frogs. From a distance it appears that I wash my food before I eat it. What animal am I?

Apparently it is a misconception that a raccoon washes its food before eating it. Just like we use our tongues to taste our food, the raccoon has highly sensitive fingers on its front paws, which it uses to identify and taste its catch. Water enhances the sensitivity of their fingers, so handling food in water enables the raccoon to identify its catch. Raccoons have a diverse diet and they like both cat and dog food as well as sweetcorn.

They have a sensitive nose and very nimble fingers which can unscrew bottle-tops to reach the contents inside.
6. Find the hidden word in this clue: 'Experience the Great Lake'

Exp(ERIE)nce the Great Lake. Lake Erie lies between Canada and USA and is the fourth largest of the Great Lakes. It is also the shallowest and southernmost of the Great Lakes and is connected to Lake Ontario by the Niagara River.
A peri, in Persian folklore, is a beautiful supernatural being.
7. Which cartoon character had the maiden name of Betty Jean McBricker?

Betty Jean McBricker married and became Betty Rubble. Pardon the pun, but her husband Barney, must have boulder over. Wilma Flintstone's maiden name was Wilma Slaghoople, although in early episodes she was referred to as Wilma Pebble. Wilma was the red-headed wife of Fred Flintstone who lived in the prehistoric city of Bedrock, in Cobblestone County.

Here, people lived with dinosaurs. Dino was the name of the family pet. Prehistoric aids used by Wilma included a baby mastodon (elephant) vacuum cleaner and a pelican washing machine.

The gramophone was operated by a long-billed bird and a famished buzzard was tied under the sink to serve as a garbage disposer. Wilma was said to be the first animated character portrayed as being pregnant. 'The Flintstones' was originally going to be called 'The Flagstones' featuring crane driver Fred, wife Wilma and next door neighbours, Barney and Betty Rubble.

The humour of the show, for me, is epitomised with the character names for celebrities of Stony Curtis and Cary Granite.
8. What type of creature is a frogmouth?

The frogmouth is a nocturnal bird which is related to the nightjar, although it does resemble an owl. Its cryptic camouflage enables it to perch on a tree branch, where it sits and awaits its prey of small animals, frogs and reptiles. It is quite partial to nocturnal insects, worms, slugs and snails.

The frogmouth often catches moths whilst in flight. This has lead to many of these birds being killed by cars as they mistake the car's headlights as natural beams of light and are killed while chasing insects in flight.

The frogmouth gets its name from their flattened, hooked bills and huge, frog-like gape. India, southern Asia and Australia are home to this unusual bird.
9. What was the name of the boat which newspaper publisher, Robert Maxwell, disappeared from whilst sailing around the Canary Islands?

Robert Maxwell (1923-91) was born Ludvik Hoch, in Czechoslovakia. He became a Labour MP (1964-70) and chairman of the Mirror group of newspapers in 1984. This Jewish millionaire and businessman disappeared in the Canaries in May 1991. It became apparent that prior to his death he had siphoned vast sums of money from two of his companies and, even more worrying, from his employee pension funds, to maintain his financial empire.

His autopsy revealed there was no alcohol in his bloodstream, although he was a regular drinker, which bloated his 22 stone body. No fingerprints or dental records were available for his autopsy.

There was no salt in his lungs which would indicate he died from drowning. As he was Israel's largest foreign investor, he had bought a plot in the Mount of Olives, in Israel, and instructed his family that this was to be his final resting place.
10. What type of creature is a tarantula hawk?

The tarantula hawk wasp has a body length of up to two inches (50mm) long. It has a bluish-black body with rust coloured wings, which warns potential predators that they are dangerous and don't necessarily taste nice. Its natural enemy is the roadrunner which actually eats them.

The female tarantula hawk wasp locates tarantula spiders by smell. They paralyse the spider by stinging it with its stinger, which can be up to a third of an inch long (7mm). The spider is dragged back to the wasp's burial vault, which is then sealed.

A single egg is laid into the spider's abdomen. As the wasp larva hatches it sucks the tarantula's juices, whilst the spider is still alive. When the spider eventually dies, the larva immerses itself deep inside the spider's body, feeding ravenously.

Whilst devouring the tarantula, it leaves the spider's vital organs, in order to keep them fresh. The life cycle continues when the adult wasp finally leaves the nest. The tarantula wasp can be seen in the deserts of southwestern USA and South America.
11. Which of the following countries has the most European neighbours?

Germany has nine European neighbours which are the Netherlands, Belgium, Luxembourg, France, Switzerland, Austria, the Czech Republic, Denmark and Poland. Hungary has seven European neighbours. These include Croatia, Serbia, Romania, Ukraine, Slovak Republic, Austria and Slovenia. Landlocked Switzerland is surrounded by France, Italy, Austria, Liechtenstein and Germany while Spain's neighbours are Portugal, Andorra and France.
12. Which of the following is a true fact about Elvis Presley?


Answer: He had a pet chimpanzee called Scatter

Elvis Presley was born 8 January, 1935, in Tupelo, Mississippi, USA. He was the son of Gladys and Vernon Presley and grew up an only child. His twin brother, Jesse Garon Presley, died at birth. In 1960 he attained a black belt in karate. He did own a pet chimpanzee named Scatter.

This sequence is all about word formation. All the words contain a double vowel. Aardvark has two letter (a's) together. Beer has two letter Es together. Skiing has two letter Is and Hollywood, two letter Os together, respectively. Therefore the next word has to have two Us together. Hence the word is vacuum.
14. Who was the Greek goddess of wisdom and war?

Athena (Athene) was the child of Metis and Zeus. Metis was Zeus' first wife. Athena was the favourite child of Zeus. According to mythology, Zeus swallowed Metis fearing she would bear a son, who was mightier than himself. Metis began to make a robe and helmet for her daughter.

The hammering, which was necessary to make the helmet, gave Zeus severe headaches. Hephaestus was a god of fire and a great artisan. He created the shield of Achilles and was the god of craftsmen. As a son of Zeus, he skilfully split Zeus' skull open, thus releasing Athena, who was fully grown and wore her mother's robe and helmet. Athena loved a certain Greek city, so much, that she donated an olive tree to provide its people with food, wood and oil.

She named her city Athens.

Her emblem was the owl.
15. Solve the anagram. "Whose twin" is a famous female Disney character.

Snow White was adapted from Grimm's Fairy Tales. 'Snow White and the Seven Dwarfs' became the first animated feature film when it was released in 1937. This became the turning point in Walt Disney's career and only a real-life Grumpy would fail to appreciate it. Hope you enjoyed the quiz.
Source: Author Inquizition 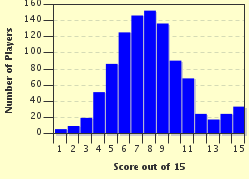 
Other Destinations
Explore Other Quizzes by Inquizition