The Laid Back Quiz II

This is another quiz designed so that the person who feels stupid playing quizzes can suddenly feel smart once more. It can also provide you with some easy points.

Quiz Answer Key and Fun Facts
1. Which of these actors is a man?

Robert De Niro, famous for movies like 'Goodfellas', 'Taxi Driver' and 'Analyze This', is obviously the only man in the group.
2. According to the Bible, how long was the period of Creation?

It's written in the first chapter of the book of Genesis. Isn't it amazing that this poetic account of creation, passed orally for generations before being written down, has the same order for much of life on the planet as scientists have proved in the last couple of centuries?
3. Which of these was not a member of the Beatles?

Kurt Cobain was the lead singer for the grunge band Nirvana before his death in 1994.
4. Complete this famous riddle: Which came first, the chicken or the ______?

...mind you, it does say in Genesis that the birds were created - so does that mean the chicken came first?
5. How many arms do most human beings have?

Although there are cases of people having lost an arm or both their arms, I'm sure human beings do not possess eight arms.
6. Who is the "fat kid" from South Park?

None of the other people listed here are on South Park, and two of them aren't even animated.
7. Which of these movies contains the famous line "I'll be back"?

Although all of these are great movies, only The Terminator said that famous line. An interesting fact: They were going to cast O.J. Simpson to play the terminator, but they felt he was too nice to play the role convincingly.
8. Which language is spoken in the phrase "good morning"?

9. Who was President of the United States during the September 11th terrorist attacks?

The 9/11 attacks were one of the most gruesome acts of violence in history which left thousands of people dead, injured, or missing. The exact body count is still unknown.
10. How many centimetres are in a metre?

The prefix centi- means 1/100th. I hope this quiz made you feel confident enough to play 100 more.
Source: Author ActionMan 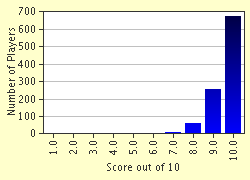 
Other Destinations
Explore Other Quizzes by ActionMan