Hey there! I'm an Alien from Mintor Mountain. Don't get alarmed though because I'm really friendly. 'QWERTYUIOP' is a word in my mother tongue (SuziPozi). Want to know what its all about? Take my quiz and see.

Quiz Answer Key and Fun Facts
1. Hmm! Here's the first one: I heard about this man who happened to be a former US president. Hey! I remember his first and last name but I've forgotten his middle name. See if any of you guys remember it. His name was John ____ Adams.

My information zapper (a device I invented) tells me that John Quincy Adams was born on July 11 in 1767 at Braintree (now Quincy). He was the son of the second president of the U.S., John Adams. He died at the age of 81. How strange! We aliens live up to 300 or 400 years. ;-)
2. O.K, even we play sports you know. On my previous tour of Earth last year, I saw you people playing tennis tournaments. I think it was one of your 'Grand Slams'. It was held in the U.K. I was really impressed by it. Do me a favor and tell me the name of the Tournament.

I found out that the very first Tennis tournament was held in 1877. Spencer Gore won the tournament.
3. I love music. The Kinglies are a very popular group in Mintor Mountain. I listen to some of your music too. In fact, just last night I was listening to this guy. Oops! I forgot his name but I do remember some of his songs. I think they were 'White America' and 'I think my dad's gone crazy'. I'd like to meet this guy. Do tell me his name. I think he is a rapper.

My latest invention, The Musicana Trooper, a device which gives info on any music band or singer you want, tells me that he was born as Marshall Bruce Mathers III on October 17, 1972, in Kansas City, Missouri. He has a daughter named Hailie Jade.
4. I love reading. My favorite author is Fin Caprosci who writes in SuziPozi. Over the years, I read a few of your English books too. I read this book named 'Harry Potter and the Sorcerer's Stone'. It was all about the orphan Harry and his adventures at school. He had got two best pals at school. One was a girl named Hermione and the other was a boy. What was his name? (I've forgotten even this. My memory is failing me badly.)

One of my oldest inventions, The Crazy Book Course tells me that this series of books was written by J.K. Rowling and that the three went to Hogwarts School for Witchcraft and Wizardry. Ron has five brothers and a sister. His parents are Arthur and Molly Weasley. The book was great!
5. Last night, I was watching a video tape of one of your movies. It was the movie 'Mission: Impossible 2'. This really charming actor played the role of Ethan Hunt in the film. I'd really love to get his autograph. Can you tell me his name?

Really! You have got some great stars you know. After watching the movie, I become such a Tom Cruise fan that I spent hours together looking up things about him since I had no invention of mine to help me out. I found that Tom was born as Thomas Cruise Mapother IV on 3rd July 1962.

His mother was a teacher and his father was an electrical engineer. I read that as a child he was very religious.
6. I'm no science whiz but I do know some bit of it. I guess all of you would be knowing stuff about microbes. Fungi are also a kind of microbe. I read that there were two major types of fungi. One of them was mould. What's the other?

My Science O Maniac (yet another of my inventions) tells me that fungi are both useful and harmful. You get useful antibiotics like Penicillin from fungi. They are of two major types: Yeast and Moulds. Moulds spoil food and damage crop plants. Yeast helps in the formation of bread.
7. O.K., I'm not that good at Geography be it of Mintor Mountain or Earth. On my last tour around the Earth though I visited this place. I know it is a country which is bordered by Kenya, Sudan, Tanzania and Zaire. Even Lake Victoria is around there. I think the country's capital is Kampala. The only thing I can't think of is the country's name. So I'm depending on you to give me the name.

I think this is a truly beautiful place. Uganda achieved independence from the UK in 1962. The wildlife here is so diverse. The currency of Uganda is the Ugandan shilling. Uganda is a well-watered country with many lakes and rivers.
8. I must say you humans build marvellous structures. I have travelled all over the world and have seen many remarkable structures. Really! The sight of these structures was truly captivating. I did like the Taj Mahal a great deal especially when I heard the story behind the construction of it. Hey, but which country did I stop at to see this wonder?

My history instructor tells me that the Taj Mahal was built by the great Mughal emperor Shah Jahan in memory of his wife, Mumtaz Mahal. It is made of pure white marble and took over twenty years to build. Shah Jahan has many of the beautiful buildings in India to his credit.
9. I enjoy reading short stories be it in English or SuziPozi. One of your writers was a particular favorite of mine. I remember that he shares his first name with Academy Awards and his surname means untamed. Now, tell me the name of this genius.

My information zapper tells me that Oscar Wilde was born as Oscar Fingal O'Flahertie Wills Wilde on October 16th 1854. His first work was 'Ravenna'.
10. I am really amazed at finding so many strange animals on the Earth. Though I like a lot of animals, the tiger is my favorite. I heard it was known as something else or to say better it has a scientific name if I'm right. What's its scientific name? 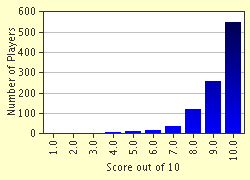 
Other Destinations
Explore Other Quizzes by 12791