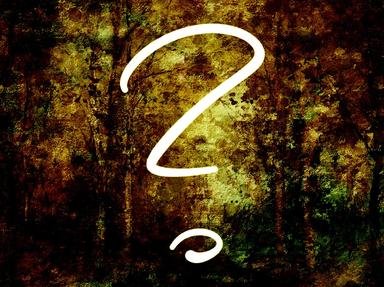 Here are ten general knowledge questions with a wide range of difficulty. I hope you enjoy!
This is a renovated/adopted version of an old quiz by author yakko

"The Sound of Music" stage musical opened on Broadway in 1959 and starred Mary Martin as Maria Rainer. It won five Tony awards in 1966 including Best Musical, Best Performance by a Leading Actress in a Musical and Best Performance by a Featured Actress in a Musical.
The 1965 movie version premiered in 1965 and starred Julie Andrews as Maria. It won five of the 38th Academy Awards including Best Picture and Best Director.
2. Which lawyer and author wrote the book "The Runaway Jury"?

"The Runaway Jury", published in 1996, was John Grisham's seventh novel. It was also made into a movie, released in 2003, starring Gene Hackman, Dustin Hoffman and John Cusack.
3. What is the last letter of the Greek alphabet?

The Greek alphabet is composed of 24 letters, seven of which are vowels, and is based on the Phoenician Semitic alphabet. The first letter of the alphabet is Alpha, and the last letter is Omega (meaning "Great O").
4. What was the world's best-selling car of the twentieth century from those listed below?

The bestselling car until 1972 was the Model T, however, this was overtaken by the Volkswagen Beetle in that year with over 15 million sales. The car starred in five movies ("The Love Bug" and sequels) as well as a Disney series. It was also known as "The People's Car", the idea of Adolf Hitler and Ferdinand Porsche.
Worldwide, the Toyota Corolla heads the list as the World's Best-Selling Car.
5. Which of the following shows did NOT originate in Britain?

"Bargain Hunters" aired in the U.S. from July until September 1987 and was a daytime show. It was replaced by "The Home Show".
"Cash Cab" aired in Britain on the 13 June 2005 and was the first in the franchise. The U.S. version aired on 5 December 2005. Over 40 countries have their own version of the game.
6. In Calculus, integration is another name for anti-differentiation.

It can be proved that integration and anti-differentiation are essentially the same thing. This result is known as the "Fundamental Theorem of Calculus". The theorem consists of two parts, the second proves that every continuous function has an anti-derivative, which can be found by integration.
7. In what city can you NOT find a Leonardo da Vinci Museum?

The Leonardo Interactive Museum is in Florence and features over 200 working models which have been crafted from Leonardo's original sketches.
The Leonardo da Vinci National Science and Technology Museum can be visited in Milan and is the largest science and technology museum in Italy.
The Leonardo da Vinci Museum of Venice houses some of his artwork, anatomical drawings and interactive machines.
8. What country was the birthplace of composer George Handel?

George Frideric Handel (1685-1759) was born in Halle, Germany; however, in 1727 he became a naturalized British citizen. Although he composed operas, he is best known for his oratorio "The Messiah" which he debuted in 1742.
9. Which of the following has the longest migration in the animal kingdom?

The Arctic tern has two homes- the Arctic and the Antarctic. It flies around the Arctic and Antarctic poles all around the year back and forth and has the longest migratory route recorded in the animal kingdom spanning around 30,000 kilometers (around 19,000 miles).
The tern tends to spend the months of May through August in the Arctic, where they breed, nest, and raise their young.
It spends the months of November through February in the Antarctic as a place to molt and rest, preparing for the journey northwards again.
10. Fermions are one of the two fundamental classes of particles.

The two elementary particles are fermions and bosons.
Fermions compose nuclear and atomic structure, while bosons act to transmit forces between fermions. Leptons and quarks are fermions while photons, gluons, and the W and Z particles are bosons.
Source: Author bwfc10


Other Destinations
Explore Other Quizzes by bwfc10