The hippies were a colorful culture of young people who first appeared in the U.S. during the 1960's. While many people scorned them for their use of illegal drugs, they were also admired by many others for their innocence, love, and peace.

Quiz Answer Key and Fun Facts
1. In the early 1960s young people in California began living in groups or communes and, like the Beat generation before them, looked for a better way of life. The word "hippie" came from the Beat word "hipster". One of these groups was lead by Ken Kesey who referred to his community as "The Merry Pranksters". In 1964, Kesey's Pranksters set off in a bus, driven by Neal Cassady, to New York and other places so to share their new found LSD joy with world. What was the name of this bus?

Ken Kesey purchased his "Furthur" bus in 1964 for $1,500. An artist named Roy Seber did the external paint job. For some reason Roy misspelled it by painting it above the front windshield as "Furthur". Later it was repainted with the correct spelling; the word was meant to inspire people to continue moving forward even if the bus broke down.
2. The hippies were well known to be "counter cultural". Many other movements have existed in history that also went against "the norms" of society. Which one of the following groups is NOT considered to have been counter cultural?

The Freemasons had their start in the 17th century as a secret brotherhood focused on Christ. Over time, they developed into an influential force mostly through their charitable endeavors and political activities; about half of all US presidents were Freemasons.

At the start of the 20th century, many German youth united under the common perspective of harmony in the natural setting. This attitude, supported by the German scouting movement, brought forth Der Wandervogel. The farming of healthy foods was a priority for this community that often found itself at odds with popular opinions. In the 1930's, all German youth groups were disbanded except for the Hitler Youth.

The Cynics of Ancient Greece were philosophers who believed that ethics were something to be lived not merely doctrines to be discussed and argued about. Many colorful characters belonged to this school of thought; these people often chose to live in abject poverty and engage is strange behaviors for philosophic reasons.

The Bohemians were people first described as such in 19th century France. They were groups of young artists who focused on different types of expression. Because the creation of art was much more important to them than was earning money, they often needed to live in poor groups like gypsies, who were associated with Bohemia.
3. The hippies were certainly no strangers to controversy; and, what got them into the most trouble was their use of illegal drugs. Which "hippie" drug, however, was perfectly legal until 1966?

On October 6, 1966 the US government made it illegal to use or possess LSD; also, all testing with the drug was outlawed. Many angry hippies saw significance in the number '666', which was the date that the use of LSD became a crime. In Revelation 13:18, humanity is warned of an evil beast that is to come who will bear the number six hundred and sixty six.
4. Most hippies loved to protest; and, the Vietnam war provided an ideal excuse to complain loudly. On 21st October 1967, in Washington DC, what did close to 70,000 war protesters gather in an attempt to do?

This was the strange and groovy idea of Abbie Hoffman. He hoped that by having crowds sing and chant loudly outside the Pentagon's wall, demons would then be cast out of the Pentagon and the war in Vietnam would end.

The hippie protesters were met at the Pentagon by a very heavy police security force. And, although those crazy hippies tried their utmost, that Pentagon did not budge.
5. Rock music was most often the sound that accompanied the hippies when they gathered or traveled. This music was new and exciting, influenced by rock and roll, folk, country, and the blues. The hippie musicians also started to mix rock with their ever expanding minds, and psychedelic rock was born! Which of these is generally considered the first psychedelic band?

In the Spring of 1965, The Psychedelic Rangers were the first known band to use the word "Psychedelic" in their name. In late June 1965, The Charlatans played in the Red Dog Saloon in Virginia City, Nevada while high on LSD. They were the first band known to have done this.

In September of 1965, The Doors were formed and began to electrify the world with a lead singer who shrieked out his LSD inspired visions of sex, death, and rebellion. By the end of 1965, members of the hugely popular band The Beatles began to admit to their personal use of LSD and produced music that showed the drug's clear influence on the quartet with "The Rubber Soul" album.
6. The hippies were usually aged between 14 and 26; the boys often grew their hair long; and many hippies walked around barefoot. What style is generally NOT associated with them?

Polo shirts did not become popular with men until the 1980s and 1990s. Tie dyes have been around since ancient times. Over one thousand years ago "ikat" in China and "tsujigahana" in Japan used natural dyes to give clothing many bright colored patterns.

In the US, tie dyes first became popular in the 1920s and 1930s; tie dying proved to be an inexpensive way to brighten up curtains. In the 1960s the tie dye shirt became king, as hippies on chemical trips looked for ways to express their individuality.

The full length skirt started as a fashion in London in the early 1960s.
7. On 14th January 1967 a "Human Be-In" was held in San Francisco's Golden Gate Park. Free music from bands like Jefferson Airplane entertained 20,000 to 30,000 hippies, who all celebrated what would eventually become "the Summer of Love". It was here, on January 14, that the former Harvard professor turned LSD advocate, Timothy Leary, first made his famous statement: "Tune in, turn on, drop out." What specific accomplishment did Leary share with one of America's wildest poets: Edgar Allen Poe?


Answer: They both attended West Point.

Timothy Leary was charged with honor code violations while a cadet at the US Military Academy: hence, he was "silenced". This forbade the other cadets from even speaking to Leary; he soon resigned.

In 1830, Poe was a West Point cadet for one semester, after having served a number of years as an Army enlisted man. At the start of 1831, he was court-martialed because of his refusal to comply with many Academy rules. Poe would be a soldier never more ... Although not an "accomplishment" Poe was known to suffer from severe alcoholism. Leary, on the other hand, did enjoy social drinking, but other substances were a much greater part of his life.
8. The peace sign is a well known hippie symbol. It was designed in 1958 by British artist Gerald Holtom. Originally, it was created for use by the Direct Action Committee Against Nuclear War. The symbol was not copyrighted; so, it began to appear all over the world. How did Gerald Holtom come to create his peace symbol design?

The two semaphore letters used are "N" which stands for "Nuclear" and "D" which stands for "Disarmament". In semaphore, a person holds small flags in their hands and then moves their arms in various positions to communicate; "N" appears as two flags held in an upside down triangular shape, while, the "D" appears as two flags with one held straight up and the other held straight down.

These two letters, minus the flags, are combined and then put into a circle; the circle represents "Global". Thus, the peace sign is meant to be read as "Global Nuclear Disarmament". The three other possible answers given are all real urban legends!
9. "Easy Rider" (1969) was the quintessential hippie movie: It tells the tale of two bikers, Wyatt and Billie, who ride from Southern California to New Orleans on a type of a spiritual pilgrimage. While searching for "America" they experience a commune, free love, drugs, and much scorn from conservative locals. At the end of the movie, both Wyatt and Billie are gunned down as they innocently ride on the road. Who played the role of Wyatt in this iconic movie?

Peter Fonda was the son of actor Henry Fonda and the brother of actress Jane Fonda. Sadly, Peter lost his mother when he was only 14; in an "Easy Rider" scene, he shows his emotions of this loss while "tripping" in a New Orleans' graveyard. These strong emotions of loss were meant to represent how Wyatt feels abandoned by America. Dennis Hopper was both the co-starring actor, Billie, and the director of the movie. Dennis Hopper and Peter Fonda wrote the script together.

"Easy Rider" was Jack Nicholson's first appearance in a major motion picture movie. He played George, an alcoholic lawyer who befriends Wyatt and Billie in a jail and then travels with them before being lynched and killed by a mob. Nicholson was nominated for a Best Supporting Actor Oscar for this role. Phil Spector had only a minor role at the very start of the movie. His character makes a significant drug transaction with Wyatt.
10. No hippie quiz is complete without a question about Woodstock. From 15th to 18th August 1969, close to 400,000 people gathered on Max Yasgur's Dairy Farm in Bethel, New York. The world was shocked because attendance for this music and arts festival had been originally expected at only 50,000! US history was made, however, because such a peaceful gathering of this size had never been seen before - anywhere! Thirty two separate acts entertained the joyful crowds, most of whom were using drugs, often in heavy rain and mud. What was the one rock band that was scheduled to perform at the huge gig but missed it because they were unable to reach the concert site?

Iron Butterfly was booked to play at Woodstock, and was planning to perform their psychedelic epic: "In-A-Gadda-Da-Vidda". Unfortunately, the band got stuck at the airport; their manager called the festival producers and pleaded for a helicopter. For whatever reason, the helicopter never showed.
Source: Author star_gazer 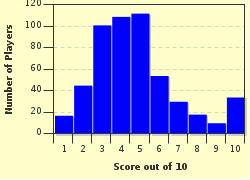