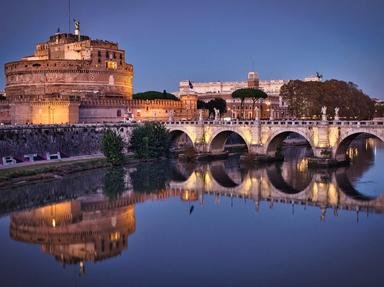 Descendents of the Indo-Europeans eventually settled in many places stretching from India to Europe. How much do you know about the Persians?

Quiz Answer Key and Fun Facts
1. What modern day country is what remains of the Persian empire?

The modern day country of Iran is all that is left of the great Persian empire of ancient times. Persia was the official name that the Western world gave to the area until 1935, however, Persians had used the name Iran for centuries. The name means "land of the Aryans."
2. Who was the founder of the Persian empire?

Two groups of Indo-Europeans settled on the Plateau of Iran - the Medes and the Persians. Cyrus originally ruled the Persians as a vassal state of the Medes. He eventually led a revolt, which resulted in the Medes being ruled by the Persians. Why was Cyrus called "the Great"? One possible explanation has to do with his treatment of conquered people. Unlike past empire builders, such as the Assyrians, Cyrus found that just as important as the authority to rule was the respect of the people ruled.

He generally spared the lives of conquered enemies and left their cities intact.
3. What was the state religion of the Persian empire?

Zoroaster was a prophet who withdrew to the wilderness to meditate. When he returned he brought a message of a good god, Ahuramazda, and an evil god, Ahriman. Each individual had to determine which power to serve, and this decision determined whether a person would live in happiness or despair. (Did Zoraster come into contact with some Hebrews while he was meditating?) Because Zoroastrianism emphasized good conduct rather than magic rites, it is considered to be an ethical religion.

It is still practised today in parts of Iran and India.
4. What were the elite troops of the Persian army called?

The Immortals were members of the elite army, comprised of Persians and Medes. They numbered 10,000. When one of them was killed in battle, he was immediately replaced.
5. Darius the Great divided his empire into provinces called

The Persian Empire was so large is was impossible for one person to rule alone effectively. Darius divided the empire into twenty satrapies, each with a governor called a satrap, who was chosen from the royal family or the nobility. Tax collection, the administration of justice, and raising conscripts for the army were duties held by the satrap.
6. Darius' royal governors were called his "eyes and ears."

Royal governors were called satraps. Darius' eyes and ears were his inspectors who were sent around to make sure that the satrapies were well-governed and prosperous.
7. Darius the Great tied his massive empire together by doing which of these?

Conquered people enjoyed a large degree of freedom as long as they paid their taxes and kept the peace. The Royal Road was a 1,680 mile highway that stretched from Susa in Persia to Sardis in Lydia. It helped to promote trade in the empire and enable troops movements when necesaary.

Not only did Darius establish standard weights and measures, he also issued a standard currency called the daric.
8. What location did Darius choose for his new capital?

Persepolis was chosen because of its remote location. Darius did not want too many people hanging around the location of his palace treasury. Even the ruins of this city are impressive. It was decorated with columns, statues, and bas reliefs. Alexander the Great accidentally or deliberately (it depends on the source you read) destroyed Persepolis after emptying the great storehouse.

Of course, the Battle of Marathon has gone down in history of a classic example of citizens fighting to maintain the freedom of their homeland against great odds. Herodotus says that the Persians lost 6,400 men, while the Athenians lost only 192. Darius was making plans for another invasion of Greece when he died in 486 B.C.
10. What was the most famous of the roads built by Darius?

Ordinary travelers on the Royal Road could travel the distance of 1,680 miles from one end to the other in three months. Darius had a type of pony express system, whereby royal messengers would stop at stations every fourteen miles to get a fresh horse, and could cover the same distance in seven days.
Source: Author ponycargirl 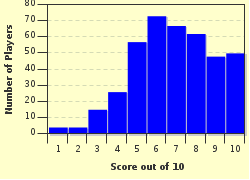