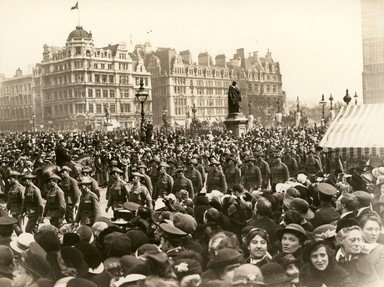 Some interesting geography and history questions.

Quiz Answer Key and Fun Facts
1. The Romans used the phrase 'ne plus ultra' to refer to what geographical feature?


Answer: the Rock of Gibraltar

Loosely meaning 'go beyond at your peril'. What was beyond the Rock was of course unknown at that time. Strategically important, Gibraltar was ceded to Great Britain by Spain in the 1713 Treaty of Utrecht. In a 1967 referendum, Gibraltarians ignored Spanish pressure and voted overwhelmingly to remain a British dependency.
2. The impeachment and trial of Warren Hastings lasted how long in the British Parliament?

The impeachment proceeding was started by Edmund Burke in 1786, following the return of Hastings from his post as Governor-General of India the year before. Finally, in 1795 the House of Lords acquitted {Hastings;} out of 29 members voting the most the House Managers could muster for conviction on any of the charges was 6 votes.
3. When crossing through the Panama Canal from the Pacific Ocean to the Atlantic Ocean, what direction are you going?

Panama lies roughly in the shape of a semi-circle with the opening to the South. At the point where the Panama canal cuts through it, the Atlantic side is actually Northwest of the Pacific side. In fact, when a ship exits the Canal on the Atlantic side, it is 22 miles WEST of where it was when it entered the Canal on the Pacific side.
4. How many countries border Turkey?


Answer: She was displeased with Raleigh's love affair with one of her maids of honor.

After his release from the Tower, he married the lady involved, Bessie Throckmorton. It was later, during the reign of James I, that he was framed for plotting against the throne, and he was eventually beheaded in 1618.
6. About what per cent of Indonesia's 17,000 islands are inhabited?

Out of the 17,000 islands in the archipelago that is Indonesia, about 6,000 are inhabited. This seems an amazingly high number of inhabited islands, and accounts for Indonesia now being the 4th-most populated country in the world. How in the world would you govern a country spread out over that many islands?
7. Which is the Westernmost of the following European cities?

Lisbon is on the Westernmost point of the Iberian Peninsula, putting it farther West than even Dublin.
8. Which of the following cities is closest in latitude to San Francisco?

Even Athens is a bit farther North than San Francisco, while the others are considerably farther North.
9. What country is the world's oldest democracy?

The Althing, the Icelandic parliament, was established in 930.
10. Which country was the first created with the help of the United Nations?

In November of 1949 the UN General Assembly approved a resolution stating that Libya should become independent as soon as possible. A United Nations Commissioner was appointed for the purpose of assisting the people of Libya in the formation of the constitution and the establishment of an independent government.

Historically, the administration of Libya had been united for only a few years, and those under Italian rule, so forming a unified nation out of the three provinces of Libya was a daunting task.

However, in due course a National Constituent Assembly was created, in which each of the three provinces was equally represented, and the assembly offered the throne to Idris, who on December 24, 1951, proclaimed the independence of the United Kingdom of Libya as a sovereign state.
Source: Author chessart 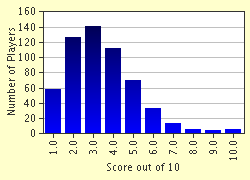