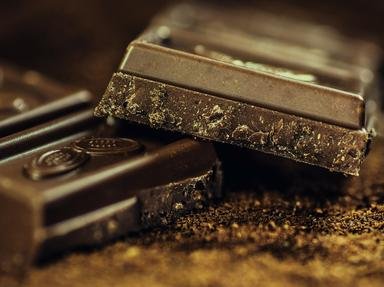 A dose of nostalgia as we look back on some of the classic British sweets and ices that many of us grew up with.

Quiz Answer Key and Fun Facts
1. These small pastel coloured rice paper sweets were shaped like a U.F.O. and contained delightfully fizzy sherbet. What were they called?

These delightfully light sweets are still available today by mail order. The word sherbet (also spelt sherbert) is of Turkish origin although references give a small assortment of spellings of the original word.

Americans would deem the word as relating to a sorbet like dessert whereas for us British it means a fizzy powder made of bicarbonate of soda, tartaric acid, sugar and flavourings.

The burst rice paper would melt and stick against the roof of the mouth. The fattening aspects of it being out-weighed by the exercise given to the jaw and tongue in trying to remove it from the roof of the mouth. This was not necessarily an argument that curried favour with most mothers when demanding more!
2. This ice lolly on a stick was shaped like a rocket and was made up of three sections, each with its own distinct flavour. In sequence this was lime, lemon and strawberry. What was this popular iced lolly called?

The "Zoom" ice lolly was introduced by Lyons Maid in 1963. It was created to celebrate the Fireball XL5 TV series. It was also the first ice lolly to have picture cards inserted into the wrapper. It initially retailed at 6d.

Now who didn't pretend they were a spaceman and flew this lolly around on its stick before biting off the nose cone and then, if you were like me, the narrow edge fins?
3. These sweets were bought by the quarter pound. Short, thin lengths of liquorice coated in a crunchy candy in an assortment of colours. Which sweet do I describe?

A very basic yet popular childhood sweet. Some were fatter than others.

How did you eat yours? For me it was the correct amount of pressure on the candy coating with the teeth to crack it open and strip to the liquorice. Once stripped of candy the challenge was to see how long you could keep the liquorice in your mouth without chewing it.

I've no idea who originally produced them.
4. A paper bag which contained a small selection of cheap sweets, maybe some caramel, a joke and a cheap Christmas cracker style toy. Popular in the 1960s, what were these bags called?

Lucky Bags were sometimes known as Jamboree bags in parts of southern England and by best reckoning cost 4d when first issued. Ever excited at the point of opening, one always felt disappointed after rummaging through the contents to find that the toy of your dreams just wasn't there.

Were they perhaps a fore-runner of the Kinder Egg, incorporating sweets with toys?
5. The advertising jingle for this pack of square, fruity, chewy flavoured blocks went "_________ _________" made to make your mouth water." They remain available today but under the completely different name of "Starburst." Of what yesteryear sweet do I speak?

"Opal Fruits, made to make your mouth water" was a simple but very effective jingle promoting this pack of fruit flavoured chews first retailed by Mars in 1960.

The original flavours were lime, orange, strawberry and lemon. The lime flavour was later replaced by cherry.

A sister sweet with a spearmint taste was launched as "Opal Mints" but were renamed in the early 1970s as "Pacers".
6. Short sweet strips of coconut dusted in a cocoa powder and sugar. This tasty yet visually unappealing sweet came in a small red packet. What was it called?

Also know as "Spanish Gold" this stuff was an acquired taste and gave the impression that you were eating sweet brown crunchy worms. It came in tobacco pouch style packaging.
7. A vanilla ice cream lolly on a stick coated in a strawberry icing with the top half covered in chocolate flavoured hundreds and thousands. What was its name?

First retailed by Lyons Maid in 1967 the Fab ice lolly was launched against the young female market in Britain. One suspects that there may well be a marketing link to the then popular Thunderbirds TV series in which Lady Penelope drove a pink Rolls Royce, FAB1.
8. This particular bubble gum came in a largely red and blue wrapper. They were sold as separate pieces but I recall a tube which contained four large chunks of bright pink bubble gum which were easy to break off from one another. An American import, these were particularly exciting as each pack had a small cartoon story inside. What was it called?

Bazooka Joe bubbly gum used the Bazooka Joe comic book character as a marketing tool. These miniature cartoons are collectible today having been first issued in 1954. Bazooka Joe had numerous friends who appeared with him in the little cartoons; Mort, Herman, Pestie, Willie and Max to name a few.

Fresh characters were designed by new artists in 1983 and only one series of cartoons have been made in the 2000s.

At the foot of each cartoon would be a "fortune" in the style of Chinese fortune cookies but invariably with more humour written into them.
9. A Cadbury's product this was a slab of dark chocolate heavily flavoured with rum and containing a handful of raisins. What was its name?

This bar was always slightly more expensive than the average chocolate bar. The flavour of rum had a naughty appeal to children for whom real alcohol was denied. The wrapper was in blue, gold and red but there were occasional "special editions" released which featured pirate boats.
10. This yellow cardboard tube was filled with a white sherbet and had a liquorice stick in it. What was it called?

Made by Barrett's and also known colloquially as a "sherbet dab". With early versions the liquorice stick was a tube. Despite all efforts this tube would become soggy and would clog up very quickly. Replaced by a solid stick the effect wasn't half the fun it used to be.

Downside to this sweet was that invariably the top of the cardboard tube would also become soggy no matter how one attempted to eat the thing.
Source: Author simon_templar 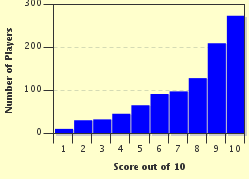 
Other Destinations
Explore Other Quizzes by simon_templar