In the year 2612, future-archaeologists unearthed a storage facility known to their ancestors as a 'grocery store'. They sent in a retrieval unit and obtained ten 'then-contemporary consumables' for analysis. Can you identify them?

Quiz Answer Key and Fun Facts
1. Opening a box of treats supposedly served by twentieth-century 'hostesses', future-archaeologists discovered packaged, light cakes containing an indeterminable filling. By what name were these snacks known in their time period?

According to the ancient text concealing these doughy snack treats, Twinkies were originally made with banana cream fillings though this particular version contained vanilla. After the Second World War, Hostess, the company responsible for these famous treats, replaced the inside cream to combat rationing issues.

In the twenty-first century, the Twinkie reverted back to its natural banana-filled state though there have been other variations on the treat. Some people have also enjoyed deep-frying their Twinkies! Twinkies were invented in 1930 and many have claimed that they have an indeterminable shelf life (though that would be an urban myth). Well...until they discovered more in 2612.
2. Opening a clear, plastic containment unit, archaeologists found several rows of these powdered discs, presumably a source of quick energy back in the twentieth century. What was the name of this round, center-less object?

According to a list of materials located on their containment unit, these particular doughnuts were coated in a thick powdered sugar to enhance their sweetness and energy capacity; anyone to enjoy this doughy treat would have most certainly been bouncing off the walls. Doughnuts (or donuts, to Americans) were supposedly brought to North America from Europe before spreading throughout the world.

They could be cooked in an oven or fried before receiving whatever topping or filling necessary be it glaze, powdered sugar, icing, fruit, or otherwise.

At the turn of the twenty-first century, there were more doughnut shops per capita in Canada than anywhere else...perhaps to go with all of the Tim Hortons coffee.
3. Finding thin sacks resting upon a platform in the 'grocery store', future-archaeologists discovered these colourful pods. Perhaps they were looking at the eggs of a mystical, colourful creature from centuries ago. What were the actual names of these round objects?

It seemed clear that whatever creature laid these sacs around did not intend to camouflage them very well. Carefully slicing one open revealed these colourful eggs consisting of no more than sugary shells and fruiting insides; perhaps it was a plant that sprouted these delectable treats? Skittles first appeared in the UK in 1974 and spread worldwide in the following years. Skittles were also released in a multitude of colourful flavours from tropical tastes to berries.

The Skittle brand was part of the Mars corporation which is known for several different confectioneries from Mars bars to M&Ms to Doublemint gum.

The Skittle is always known by the S found on top.
4. Covered in foil, these items appeared as animal droppings to future-archaeologists who nearly discarded them in a refuse incinerator after their discovery. Soon after, they realized that they were chocolates known by what name?

Of course, no one thought to pop one of these into their mouth. Wrapped in foil, these bite-sized chocolate snacks came in many varieties and flavours including the typical milk chocolate, white chocolate, caramel, almond, and more. There was also a version known as Hugs which had a blend of white and milk chocolate in a swirl.
Hershey's Kisses were first made back in 1907 (the company was made in 1894) and have been sold internationally for decades. The Hershey Company has also been known for Mini Eggs and Creme Eggs, Kit-Kat Bar, and Reese's Peanut Butter Cups.
5. Found in a bag found within a box, these fragile circles appeared to be burnt to the eyes of the future-archaeologists. They were, in fact, looped oats found in a box labelled General Mills. What other name would be featured on the box?

Future-archaeologists were a bit confused by this one. The oat o's crumbled in their grip and they looked nothing like the smiles the box promised. Nevertheless, these rings, first created in 1941, became one of the most famous breakfast cereals ever created.

At the turn of the century, they were being touted as a way to lower cholesterol as well. Cheerios were created by General Mills, also known for Lucky Charms, Trix, Wheaties, and Chex. Cheerios have come in many varieties as well; aside from their regular, unflavoured selves, they have also been sold in Honey Nut, Apple Cinnamon, Frosted, and Fruit versions worldwide.
6. These flat pads surprised our intrepid archaeologists as they initially questioned their use as shingles for colourful houses. When they opened them up (quite easily at that, ruining their earlier hypothesis) they found a fruit filling. What name are these known by?

When exposed to a few minutes under heat lamps, future-archaeologists found that these 'Pop Tarts' did not pop. Instead, the fruit or chocolate fillings therein heated up to make a warm breakfast snack enjoyed by twentieth century kids. Pop Tarts were released by the Kellogg Company in the mid-1960s and while most of their flavours were restricted to the United States, they've also been sold in Canada, the UK, and Australia.

Some of the weirder flavours have included Pina Colada, Wild Bubble-Berry, and Peanut Butter and Jelly. Of course, the most famous have been the chocolate and s'mores varieties. According to futuristic research methods it was later determined that most consumers heated them up using 'plugged toaster devices'.
7. Future archaeologists had no choice but to dress this found item in whatever they could. Historical evidence backed up on video archives suggested that a possible recipe involving the item would have been: "Lobster Thermidor aux crevettes with a Mornay sauce, served in a Provençale manner with shallots and aubergines, garnished with truffle pate, brandy and a fried egg on top"...and what?

What was interesting about these historical records from a certain Mr. Python was that Spam could be served with pretty much anything and, love it or hate it, it would be here to stay. Besides, the Vikings loved it.
Spam was created in 1937 before World War II and soon became the leading brand of canned/processed meat in North America (and subsequently, the world). The meat inside one of these blue cans consisted of pork and ham although future varieties included bacon, turkey, and other additives. For some reason, people in the United States even held parades for Spam.
8. Found stacked in rows in a package of plastic, these were touted by future archaeologist as single coloured, self-stick mosaic tiles until they discovered that they were food instead. What paste-filled item is this?

What future-archaeologists later discovered was that this Nabisco cookie-like treat was actually a Fig Newton (not named after Sir Issac, however) which contained fig paste. Although other versions of this food contained apple paste, strawberry paste, and other fruit fillings, fig was the most popular since the times of Ancient Egypt. Of course, someone patented this in 1892 and they weren't Egyptian. Fig Newtons have often been compared to cookies, but they're actually more of a bar or roll.
Nabisco was also known for selling Oreo and Chips Ahoy cookies, Ritz Crackers, and Wheat Thins.
9. This product baffled future archaeologists for a long time. Oddly they thought it was crushed bone, long decayed over centuries of being packaged in tiny boxes. When they added water and let it set however, it became a gelatin known by a famous five-letter name. What was this product that there was, reportedly, always room for?

Jell-o was a brand of do-it-yourself gelatins and puddings released for the first time in 1897 under various flavours. In fact, in North America, the Jell-o brand became synonymous with any gelatin dish. Many fruit flavours came and went for Jell-o including popular favourites like lime, orange, cherry, berry blue, and peach as well as odd ones like maple syrup, Italian salad, and 'plain'. Jell-o gelatin was made by mixing the boxed powder with boiling water and then chilled in a refrigerator for several hours until it set. Gelatin, future-archaeologists later realized, actually was partly created from crushed bone and animal tissues...just not humans.
10. Found in a bottle covered with lightning bolts, this drink greatly interested the raiders of the lost market. Originally hypothesized to be an energy source for wearisome citizens in the twenty-first century, they looked through their archives to discover that it was what type of drink?

Acquired by PepsiCo, Gatorade was invented in the 1960s to refuel football players in Florida during their big games, re-hydrating their bodies with the proper nutrients. In this sense, future-archaeologists were correct in their theory; Gatorade did replenish energy during sporting events. Keeping up with their sports background, Gatorade released several iterations of their product by lowering calories, increasing protein in some versions, and adding new flavours. Future-archaeologists were convinced that this drink contained some part of Florida alligators in its mixture but this was disproven; it turned out that the name of the drink came from the football team that tested it, the Florida Gators.
Source: Author kyleisalive 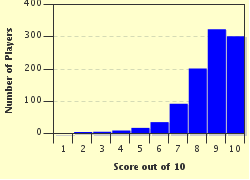