I have often run screaming from the house when confronted by the things growing in my refrigerator. Once I even feared being chased! That was the night of the living garlic bread...

Quiz Answer Key and Fun Facts
1. When I opened the refrigerator this morning, the dessert I intended to snack on was covered with some fuzzy dark growth that looked sinister and alien. I was sad, because the graham cracker crust, eggs, cheese, sugar and a few other ingredients were expensive! What dessert am I not going to be enjoying?

A classic cheesecake is a creamy, rich decadent dessert, which can be served plain or with a variety of toppings such as sour cream or berries. There are two basic variations, the New York style and the Italian style, with the former commonly made with cream cheese, and the latter made with ricotta cheese.
Cheesecakes are usually baked in a springform pan, often cooked in a water bath or placed on a baking sheet, but there are also no-bake recipes.
Cheesecake in some form can be traced back to the ancient Greeks, although the original recipes probably differed greatly from the dessert that is made in modern times. Numerous flavors are available for purchase or creation, such as pumpkin, turtle or peppermint.
2. When I went to make a classic Reuben sandwich, I lined up all the ingredients on the counter. The corned beef, Swiss cheese, sauerkraut and Thousand Island dressing all looked good, but the bread was spotted with some menacing-looking mold. So, I dashed to the store - to buy what type of bread?

Rye bread can be a yeast bread or a quick bread, although the type used in a Reuben sandwich is usually a yeast bread. There are a number of different types, such as sourdough rye, marbled rye, dark rye and seeded rye. It is a rather dense and heavy bread, high in fiber with a relatively low glycemic index number, and with a strong taste.

The hearty texture and taste makes the bread a preferred choice for strong sandwich ingredients such as corned beef or pastrami.
3. Oh dear, I found a container in my cabinet that should have been stored in the refrigerator! When I opened the bulging lid, it looked like some kind of science experiment! It used to be a tasty mixture of chopped celery, diced onions, salt and pepper, pasta and mayonnaise. What food, which I usually pack for a picnic, has spoiled in the cabinet?

Macaroni salad is typically made with elbow macaroni, although other types, such as bow tie, rotini or shell-shaped may be used. The pasta is usually small in shape, and chosen both for how it holds the dressing and its general appearance. A popular barbeque or picnic side dish, macaroni salad is usually served chilled or at room temperature.
Variations of the basic recipe call for additions such as crab meat, diced tomato, chopped hard-boiled egg, diced peppers or sliced olives.
4. Yikes! I opened the refrigerator, and almost choked on the foul smell of hydrogen sulfide! I am going to have to clean the refrigerator quite well, in order to get rid of the stench from which rotten food?

Chicken eggs are the most widely used cooking egg world-wide, although other eggs are used for culinary purposes throughout the world. In their natural state, chicken eggs can be kept for months before spoiling, even without refrigeration. Eggs have a cuticle, a protective covering, which preserves them against spoilage, but if that covering is removed - as happens when the egg is washed - the egg requires refrigeration to resist rapid spoiling.
Eggs that have spoiled - rotten eggs - have a foul smell which can be strong enough to initiate a gag reflex. The smell has been likened to sulfur.
There are a number of methods for preserving eggs, including salting and pickling. Pickled eggs are a pub favorite, as are hard boiled eggs, peeled and salted.
5. I was looking forward to making a healthy, but delicious, salad for my lunch. The lettuce was fresh, the shredded carrots and sliced cucumbers were crisp, and the green onions smelled strong. But, the Capsicum annuum I had planned to dice was soft, covered with dark splotches, and oozing a rather foul-looking slime. What vegetable is my salad going to be lacking?

Bell peppers are the only Capsicum that lack capsaicin, a chemical which is responsible for the 'heat' in other peppers. Used widely in stir-frys, pot roasts and omelettes, bell peppers have a sweet tangy taste which compliments other ingredients. Green bell peppers are often filled with a ground beef, tomato and rice mixture, then baked and served as a stuffed pepper.
Green, yellow and red bell peppers are all similar in taste. They are often sold in packages of three peppers, in three colors, and called traffic lights.
Native to Mexico, Central America and northern South America, bell peppers are now grown in a number of other countries. There are several cultivars, and other colors besides the most common three - including brown, purple and orange.
6. A while back I ordered take-out from a local Chinese restaurant, and as usual, I ordered too much! But, when I finally reopened the small white carton of Kung Pao chicken, it looked like something which had gone through a garbage disposal! It was all mushy and slimy - except for some small hard brownish bits. An essential ingredient in Kung Pao chicken, do you know which bits these were?

Kung Pao chicken is a Szechuan stir fry which consists of chicken, vegetables such as water chestnuts and carrots, Sichuan peppers, and peanuts. The peanuts used are usually raw, and added to hot peanut oil in a wok. Once fried to a golden brown, the other ingredients are added, and the dish is often served with white rice.

The stir fry can be mouth-numbingly hot, depending on the peppers used, or simply a spicy dish. While it is not traditional, the chicken can be replaced with beef, seafood or tofu.
7. While I was searching for a snack in the refrigerator, I found a container that had been pushed back into the coldest corner! Sure that I had found the perfect snack, I opened the container, and realized that my flummery had tried to survive the cold by donning a coat of mold. I really want some flummery, so I will just go to where the dish originated. But, what country is that?

Wales has a number of iconic dishes, including cawl, which is a soup or stew made with beef or lamb, and laverbread, which is made with seaweed and oatmeal. A traditional Welsh breakfast usually includes eggs, laverbread, and cockles fried with bacon and/or sausage. The history of flummery can be traced back to 17th century Wales, when it was basically a fermented oatmeal porridge.

In Wales, flummery is called 'llumruwd' or 'sucan blawd', and it is usually served with fresh milk. Today's recipes, however, differ greatly from the historic creation, and a flummery is usually a sweet pudding made with stewed fruit thickened with cornstarch.
8. A few weeks ago I brought home some leftovers from our family get-together, and promptly forgot about them. When I remembered, it was too late! The Southern US dish of field peas, rice, ham hock and spices looked like something from a horror movie! It's hard to tell now, but what was this leftover?

Hoppin' John is traditionally served on New Year's Day, as a side dish to ham or turkey, in a meal that also usually includes cornbread (Johnnycake). Thought to grant prosperity and luck in the coming year, there are also a few other traditions that concern the dish. One is that a diner should leave three peas on their plate, in hopes that the coming year will bring them romance, fortune and good luck.

Another holds that counting the number of peas in their serving will foretell the diner's fortune in the new year. If eaten on January 2nd, leftover Hoppin' John is called Skippin' Jenny, and is considered another sign of coming prosperity. Gumbo is a meat and seafood stew served over rice, and jambalaya is a dish usually made with sausage, shrimp, rice, vegetables and spices.
9. Last month I made corned beef and cabbage, but only enough for one meal. I used the rest of the head of cabbage to make a side dish for an upcoming barbecue, and put it in the refrigerator. The barbecue was cancelled, and the cabbage I'd shredded and mixed with grated carrots and mayonnaise went bad - almost bad enough to get my neighborhood quarantined! What side dish caused such trouble?

Like most dishes, there are endless recipe variations for coleslaw, but the basic dish contains just a few ingredients - cabbage, dressing, and salt and pepper. Additional ingredients such as carrots, onions, radishes, ketchup, cheese and sour cream all result in slightly different dishes, but however the dish is prepared, it is often part of a summertime picnic or cook-out. Colcannon is an Irish dish of shredded cabbage sauteed in bacon grease, which is then mixed with mashed potatoes. Shchi is a Russian cabbage soup, and a golumpki is a Polish dish of cabbage leaves stuffed with meat and rice.
10. After a long day at work I decided to treat myself to a comfort food my Italian grandmother used to make. Gathering all my ingredients for her risotto with gorgonzola, I was actually happy to see mold in my refrigerator! Gorgonzola is an Italian blue cheese which is supposed to contain mold.

Gorgonzola is made with cow's milk. A bacteria starter and mold spores are added to the milk, which is then curdled, the whey removed, and the cheese is then aged. Typically, the aging process is 3-4 months, although the length of the process results in different products.

A short aging results in a soft creamy cheese, while a longer aging results in a firm cheese. The cheese has a strong taste and smell, and is a common addition to salads, pasta and rice dishes, and cheese platters. A risotto is a rice dish that is cooked slowly, with a broth or wine added in increments as the rice absorbs the liquid.

The result is a creamy side dish that can be served either as a first course or alongside a main dish such as ossobuco or cotoletta.
Source: Author beergirllaura 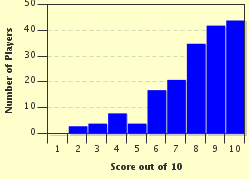 Related Quizzes
1. You Ate WHAT?! Easier
2. No Fish-Guts, No Glory Easier
3. Eat Your Flowers Average
4. Waiter! Waiter! There's a Fly in My Soup! Average
5. The Gastronomic Guild Gets Goofy Difficult
6. I Cook With Tulips Average
7. Because Seven Ate Nine Average
8. You Can't Eat That, But You Can Sure Try! Average
9. Yeuch! I'm Not Eating THAT! Tough
10. Man Eating Bugs! Average
11. That Tastes Disgusting! Average
12. Wham-Bam, Thank You Spam Tough