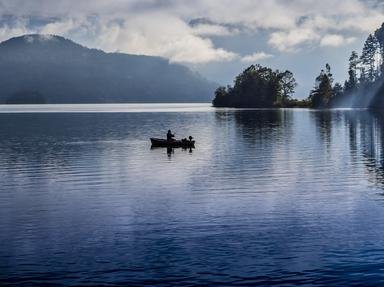 Opened Up a Can of Worms Trivia Quiz

This quiz was an author's challenge set by kaddarsgirl which is simply about fish and fishing in general. Good luck!

Quiz Answer Key and Fun Facts
1. Which of these is not a real fish?

A Goldfish is a popular pet, but doesn't usually last more than a couple of years. Both Catfish and Dogfish are real, and can be found in the sea and some rivers, a Hamsterfish is a figment of my imagination.
2. What are the two main types of water called (one for rivers and lakes, and the other mainly for seas)?

Seas are mainly saltwater and rivers/lakes are mainly freshwater but there are exceptions. For example Salt Lake City was set up near, you guessed it, a salt lake!
3. What is the item on the hook more commonly called?

The item used to attract fish is universally referred to as bait. Yes, it can be food, but not always as artificial lures can be used. Even though it is stuck, that isn't the name given to it.
4. Fly fishing is when you are aiming to catch flies.

Fly fishing is actually a method of angling that uses home-made "flies" to attract the fish. AS far as I am aware, there is no form of fishing to catch flies.
5. Which of these is not normally used as bait when fishing?

Worms and maggots are two of the most popular bait types used when fishing, but sweet corn is used quite a lot as well. Even if Potatoes are used, not many people would automatically associate them as bait.
6. Which of these is not a species of fish?

Crabs are part of a group called crustaceans which also includes lobsters. All of the others are typical examples of fish.
7. Which of these is true when fishing?


Answer: Being quiet helps to not scare the fish away.

Fish get scared away by noise so being quiet helps your chances of catching one. Throwing a rock into the water just scares them away and once a fish is dead, I'm pretty sure it cant be brought back to life.
8. Which of these animals is not fake?

A water snake is dangerous to fishermen as there are some species of them that are poisonous. Rabbits, pigeons and pigs don't have a water form unfortunately.
9. Which of these is a phrase commonly used in fishing?


Answer: Reeling it in

Fish are reeled in once they have been caught on the hook, this has to be done carefully as the line may break if too much pressure is put on it.
10. There are people who are opposed to fishing.

Many people consider it cruel to the animals, or are worried about the declining level of fish in our seas. I personally, think its fine if you are not using a barbed hook and plan on returning the fish to the water before it dies (catch and release).
Source: Author pokemonkid3 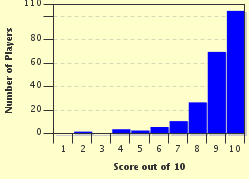 
Other Destinations
Explore Other Quizzes by pokemonkid3