When photographed in a studio setting, smoke becomes a beautiful and almost abstract subject. In this quiz, I will take you through the steps to create your own smoke photos. Only basic photography knowledge is needed. Enjoy!

Quiz Answer Key and Fun Facts
1. First you need to gather your supplies. Of course you would need a camera, preferably one capable of a number of manual settings. You will also need something to produce smoke. Which of the following would be the BEST thing to use for this considering the amount of smoke and how long it lasts?

Incense sticks or cones are the most commonly used things for smoke photos. They are easy to use and produce a good amount of steady smoke for a long period of time. You light the incense and then blow out the flame so it smokes.

A blown out candle will only smoke for a short while which will cause you to constantly relight it. Matches would not provide enough smoke and would not last for a long enough time. Smoke bombs would create way too much smoke and tend to not burn for very long. Also, since you are photographing in an indoor, studio setting, they would quickly fill your room with smoke.
2. The next thing you need is a flash to light up the smoke. For this, an external flash is recommended. Why would your camera's built-in flash not have very good results?


Answer: The light would hit the smoke head on.

A built in flash would not work well for this type of photo because it would be pointed directly at the smoke from the front and not light up the smoke correctly. The background would also get too much light. An external flash allows you to aim the light at a better angle.

If all you have is a built-in flash, you may be able to use a piece of white card stock or an index card held in front of the flash to control the direction of the light by bouncing it to the side or up.
3. Now you need to choose a background for your photo. You might be able to use a wall or a piece of fabric like I do. What color would be the best choice to make the light colored smoke most visible?

A black background will add contrast to the smoke and let its light color pop. A lighter colored background would not make the smoke visible enough.

It you do not have a black wall, you can easily hang a piece of fabric to use as a backdrop.
4. The next item is not necessarily required, but would help a lot by holding your camera steady and in the same place. It would also allow you to use your hands more as you take the photos. What type of photography equipment does this describe?

A tripod is a three-legged camera stand that holds your camera still. There are many reasons why you would want to use a tripod for your smoke photos. It will make it so you don't have to constantly refocus or re-frame the smoke. It also makes it so you don't have to hold your camera. For this photo you may need two tripods, one or your camera and one for your flash. But, it is possible to just hold your flash in the correct place.

A wireless remote might also be handy if you want to avoid any slight movement that comes with manually pressing the shutter button. But, it isn't required.
5. You don't need a fancy photography studio to take the smoke photos in. What do you need?

Since you are using the flash to light up your smoke. You don't want too much ambient light since it might shine into your photos and cause lighting issues. That's not to say you need to be in a room with all the lights off, though. Just make sure the lights aren't too close to your smoke or background. Depending on the type of light, they might just cause the smoke to have a yellow or orange cast. That can be fixed later in editing or you may like the look. The smoke should appear white-blue.

You also want the room to be well-ventilated or large enough that the smoke does not build up. But, you want to avoid any sort of breeze that will cause the smoke to blow around. Still air will let the smoke rise in a mostly straight column. If the movement of the smoke is uninteresting, though, you can make the smoke move yourself by simply waving a hand.
6. Now that you have all your supplies and a place to take your pictures, you need to set everything up. Once you have your camera and smoke source in place, where should you place and direct your off-camera flash?


Answer: on the right or left side of the smoke source (pointing at the smoke)

The smoke should be lit up from the side. The flash should be held about a foot or so from the smoke. Depending on the type of flash you have, you might need a cord to connect it to your camera or you might be able to sync it to the camera so it goes off when you press the shutter. Once the smoke is lit, you might want to test the brightness and different settings of your flash until it lights the smoke appropriately.
7. Now that you have everything set-up, you need to turn your camera on and make sure the settings are correct. Because you want to freeze the motion of the smoke you want to use a fast shutter speed, but because you are using a flash you shouldn't set it too high. What would the ideal shutter speed range be?

If you use a shutter speed that is too slow, the smoke will be blurry and the overall picture will be overexposed, or too bright. If you use one that is too fast, the opposite will happen. Also, if you use a too fast shutter speed with a flash, a black line will appear on the side of your image. Because of this you should not go higher than 1/250.
8. Now you want to set your ISO. Because you want to keep your photo dark and want to avoid noise, or graininess, where should it be set?


Answer: as low as possible

ISO is basically the film speed, even on digital cameras. If it is set high, it brightens the picture and adds a grainy quality which is even more obvious in dark pictures. You want to avoid both of these things, so you should set the ISO as low as it will go. On a lot of cameras, that would be about 100.
9. Next, you need to set your aperture. This one is more open to experimentation. Anything between around f/5 to f/11 should work. You can try a few and see what works for you, making sure the smoke is sharp but not too dark around the edges. Now that everything is set and ready to go, it's finally time to start shooting. But, first, you need to focus your camera. Because of the lightness and movement of the smoke it will be hard to get the focus right. One quick and easy way to get the smoke in focus is to place your fingers or an object like a pen in the smoke and then let your camera auto-focus.

After your camera has focused, switch to manual focus. This is so you will not have to refocus for each shot. The smoke should stay in the same relative area. However, depending on the angle of the incense stick, the part that is smoking will move down the stick. As this happens, you will have to move your camera and re-frame the shot. When this happens, make sure to refocus your camera.
10. Smoke photos take a lot of patience and trial and error. It might take a while before you get anything you like, but don't give up. Watch the smoke and the shapes it makes, then shoot when it looks the most interesting. After you've taken your pictures and are happy with what you have, it's time to upload them on to your computer and look at them more closely and perhaps post-process them if some editing is needed. Some people like to edit the smoke into a rainbow, but personally, I like the simpler black and white look. What should you do to get rid of all the color?

You can have lots of fun editing your smoke photos. You can invert the image and make the smoke different colors or even a rainbow. But, if you aren't very editing savvy or just like the traditional black and white look, you can easily desaturate it. If you desaturate it all the way, there will be no color. If you edit farther, you may want to add some contrast, especially if there are light spots in the background. This will make the colors pop more, too. The smoke may also need to be sharpened a bit as well.

And there you go! You now have a photograph of smoke. Hopefully you enjoyed the process and learned something about this photography technique.
Source: Author zebra101 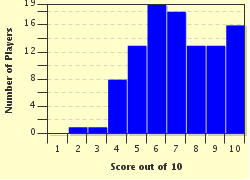