The U. S. One Cent Coin Trivia Quiz

This quiz tests players' knowledge of the one cent coin of the United States. Best of luck!

Quiz Answer Key and Fun Facts
1. What feminine name is a commonly used nickname for the U. S. one cent coin?

The U. S. mint does not officially recognize the name penny for one cent coins but in everyday conversation the word penny is used much more often.
2. What are the names of the first two one cent coin designs minted in the United States in 1793?

The Chain cent was the first type of coin officially produced by the United States Mint in Philadelphia. The Wreath cent featured a Liberty head with flowing hair on the obverse and the words "one cent" enclosed by a wreath on the reverse.
3. In addition to the first two cent coins minted in the United States, five other designs were minted from 1793 to 1857. What is the collective name for these one cent coins?

Maize, wheat and rice are among the most produced cereal crops in the world. In 1943 the Lincoln Wheat cent was minted with 100% steel because of a shortage of copper during World War Two.
7. In 1959 the Lincoln Memorial cent was first minted. What is significant about the year 1959 in relation to Abraham Lincoln?


Answer: It commemorates the sesquicentennial of his birth.

Abraham Lincoln was born on February 12, 1809, 150 years before the first minting of the Lincoln Memorial cent. The Lincoln Memorial was dedicated by Chief Justice William Howard Taft on May 30, 1922.
8. It is commonly believed that the modern one cent coin is primarily copper. However, it is actually only 2.5% copper. What element comprises 97.5% of the composition of the one cent coin?


Answer: One cent coins have a foul smell that bothers most people.

One cent coins minted before 1982 contain 95% copper and thus can be melted down and sold (illegally) for much more than one cent.
10. 2008 was the last year in which the Lincoln Memorial cent was minted. What legislation called for a redesign of the one cent coin starting in 2009?

In addition to honoring each president with his own $1 coin, this act also called for the issuance of a $50 bullion coin featuring the design of the 1913 Buffalo nickel.
Source: Author Triviaballer 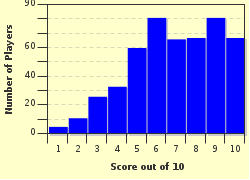