One of the joys of Christmas is watching stage shows that feature Christmas scenes, often with song. Here are ten examples, many of which may be more familiar from the movie version of the show.

Quiz Answer Key and Fun Facts
1. In 1956, 'Irma la Douce' premiered, with its closing number 'Christmas Child' performed by the company. In what city was it first performed professionally?

'Irma la Douce' was originally in French, with music by Marguerite Monnot, and lyrics and script by Alexandre Breffort. The English version (lyrics and script by Julian More, David Heneker and Monty Norman) premiered in the West End in 1958. David Merrick produced the first American version in 1960. The 1963 movie with the same title, starring Jack Lemmon and Shirley MacLaine, eliminated the musical aspects of the show.

The musical tells the story of a poor law student, in love with a successful prostitute, who takes on the persona of a rich older man. When he "kills" this second identity, he is convicted of murder. Eventually he is able to establish his innocence, since there was no murder, and he and Irma are reunited.
2. 'It's Beginning to Look a Lot Like Christmas' was included in the 1963 musical 'Here's Love', Meredith Willson's adaptation of which classic Christmas story and movie?

Subsequent productions have used the titles 'It's Beginning to Look a Lot Like Christmas' and 'Miracle on 34th Street: The Musical' for this retelling of the story of Kris Kringle convincing a skeptical girl and her cynical mother that he is the real deal after he is hired to play Santa in Macy's Thanksgiving Day Parade.

The song 'It's Beginning to Look a Lot Like Christmas' was written in 1951, and is probably most familiar from the hit recording by Perry Como. In 'Here's Love', it is sung in counterpoint with the song 'Pinecones and Holly Berries'.
3. In 1966, the musical 'Mame' made its Broadway debut. Which star, possibly better known to some for her performance as a sleuthing mystery writer, sang 'We Need a Little Christmas' in that production?

Angela Lansbury (Mame) won a Tony award for this performance, as did Beatrice Arthur (Vera Charles) and Frankie Michaels (Young Patrick). The song 'We Need a Little Christmas' was sung primarily by Mame, but with some input from Patrick and some servants, when she decided that something needed to be done to cheer everyone up after she had lost her money in the 1929 Wall Street Crash. 'Mame' evolved from a 1955 novel by Patrick Dennis, a 1956 Broadway comedy based on the book, and a 1958 movie (starring Rosalind Russell) based on the stage show. Jerry Herman originally intended the part of Mame to be played by Judy Garland, but it was decided that her health would not stand up to the strain of performing eight shows a week.

It was offered to Mary Martin, who turned it down, before Angela Lansbury was finally cast.

When she left the show, the part was played by Celeste Holm, Ann Miller, Jane Morgan, and Janis Paige. Ginger Rogers was Mame in the original West end production, in 1969.
4. 'Turkey Lurkey Time' is performed in the first act of the 1968 musical 'Promises, Promises', produced by David Merrick. What is the setting for this frenetic disco-style song-and-dance?

'Promises, Promises' (book by Neil Simon, music by Burt Bacharach, lyrics by Hal David) is a musical based on the 1960 movie 'The Apartment'. A junior executive (played by a young Jerry Orbach, who won a Tony award for Best Performance by a Leading Actor in a Musical) tries to climb the ladder to success by letting his married superiors use his apartment for extramarital trysts. The song 'Turkey Lurkey Time' is performed by three secretaries (with everyone else eventually joining in) at the office Christmas party near the end of the first act.

Dionne Warwick, who recorded many Hal David-Burt Bacharach songs during her career, had hits with the title song, and also with 'I'll Never Fall in Love Again'.
5. Near the end of a musical which had its Broadway premiere on 19 June 1978, the women who work in a brothel perform the song 'Hard Candy Christmas'. Which of these shows is it?

In the 1982 film version of 'The Best Little Whorehouse in Texas', Dolly Parton (who played the proprietor) sang the refrain as a soloist, but in the stage show it was an ensemble piece. The show was based on a story by Larry L. King, inspired by an illegal (but tolerated by authorities) brothel in La Grange, Texas. 'Hard Candy Christmas' is a lament about the closing of the brothel, not a particularly Christmas subject, but it has become associated with the Christmas season due to being included in Christmas specials on TV and Christmas-themed recordings.
6. Which of these is a musical, featuring the song 'Christmas Gifts', based on a 1945 Frank Capra film starring James Stewart as a suicidal man whose guardian angel helps him realise the value of his life for those around him?

'A Wonderful Life' had a rocky road to production - just when Sheldon Harnick and Joe Raposo thought it was ready to go into production, copyright issues arose over the use of the content of Philip Van Doren Stern's 1938 short story 'The Greatest Gift', the source for the movie 'It's a Wonderful Life'. Before it could get onstage, Raposo died from cancer.

The first production was at the University of Michigan in 1986. Its run at the Arena Stage in Washington, D.C. (November 1991- January 1992) is usually considered its first professional run.
7. In the 1944 movie of 'Meet Me in Saint Louis', Judy Garland sang 'Have Yourself a Merry Little Christmas' (written by Hugh Martin and Ralph Blane). Which of these citizens played Esther and sang the song in the 1989 Broadway production of 'Meet Me in Saint Louis'?

In 1986, Donna Kane won the Theatre World Award for the role of Ruby in 'Dames at Sea'. 'Meet Me in Saint Louis' was her Broadway debut. The song 'Have Yourself a Merry Little Christmas' is sung by Esther to comfort her younger sister, distraught by the family's planned move away from Saint Louis, Missouri just before the opening of the 1904 World's Fair.
8. In what musical associated with Christmas will you hear the song 'God Bless Us Everyone'?

Fans of Charles Dickens' novella will associate the phrase with Tiny Tim, but in the musical (which ran during the Christmas season at the Paramount Theatre in Madison Square Garden in New York City from 1994 until 2003), the song is sung by Scrooge (age 8), his mother and his sister.

The role of Scrooge in this musical has been performed by Tim Curry, Tony Randall, Roddy McDowall, Frank Langella, and Roger Daltrey, among other luminaries.
9. What Irving Berlin song is the title of a musical that has played in a number of regional centres since its 2004 premier in San Francisco, as well as having a couple of limited-engagement runs on Broadway?

'White Christmas' (book by David Ives and Paul Blake, music and lyrics by Irving Berlin) is based on the 1954 movie 'White Christmas', in which Bing Crosby sang one of the most popular Christmas songs of all time. He first performed it in the 1942 movie 'Holiday Inn' - movie producers recognise a winner when they see one!

The stage musical was a much lesser success than either movie, with mediocre reviews from the critics. Nevertheless, it toured extensively, both in the US and in the UK, and had a couple of limited-engagement runs on Broadway.
10. 'Christmas Is My Favorite Time of Year' can be heard in what musical based on the life of con artist Frank Abagnale, Jr?


Answer: Catch Me If You Can

'Catch Me If You Can' had its Broadway opening at the Neil Simon Theatre in April, 2011. With a libretto written by the renowned playwright Terence McNally and a score from Marc Shaiman and Scott Wittman, the musical was nominated for four Tony Awards, winning Best Actor in a Musical (Norman Leo Butz, in the role of Carl Hanratty).

The show was based on the 2002 movie of the same name, which in turn was based on Abagnale's 1980 autobiography.
Source: Author looney_tunes 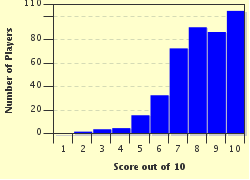