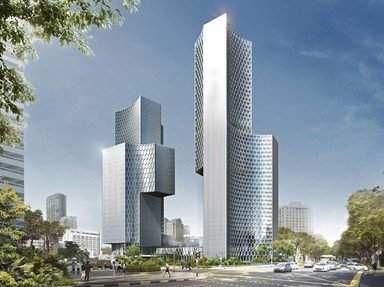 Here are some simple questions about Gothic Churches in Europe.

Quiz Answer Key and Fun Facts
1. Which European country is most closely associated with the Gothic style of architecture, as the country in which the style was first developed?

France is home to what is generally considered the first Gothic Church, the Abbey Church of Saint-Denis, and more Gothic churches than any other European country.
2. Which of the following figures is credited with designing the first European Gothic church?

Abbot Suger designed the Abbey Church of Saint-Denis, which was built in the 1130s. It was built with pointed ribbed groin vaults which allowed for extra height and stained glass windows, which created a seemingly divine space on the interior of the church.
3. "The Royal Portal" can be found at which Gothic Church?

The Royal Portal can be found on the west facade of Chartres Cathedral.
4. Which of the following architectural elements is considered a "hallmark" of Gothic churches?

Ribbed groin vaults can also be found in Romanesque churches. Ambulatories and stained glass windows can be found in many churches, not just Gothic.
5. Which of the following architectural elements would most likely NOT be found on a Gothic church?

Gables, rose windows and jamb statues are three characteristically Gothic elements. The majority of Gothic churches followed a basilican ground plan and would be unlikely to have a central dome.
6. The Gothic period in architecture was followed by the Romanesque period.

Romanesque came before Gothic.
7. The term "Gothic" was not used to describe this architecture until the Renaissance.

Renaissance thinkers called these churches Gothic as a criticism; comparing it to the architecture of the barbarian Goths who sacked Rome in 476 A.D.
8. Which of the following French Gothic churches was commissioned by King Louis IX?

Louis IX commissioned Saint-Chapelle in 1242 A.D. to house precious relics he had collected.
9. Which of the following is NOT considered a Gothic church?

Durham Cathedral is actually a Romanesque style church in England. Chartres Cathedral, the Church of Sainte-Chappelle and Reims Cathedral are all French Gothic churches.
10. A revival of Gothic architecture occurred during the High Renaissance.

A Gothic revival occurred during the 19th and 20th centuries.
Source: Author apc1106 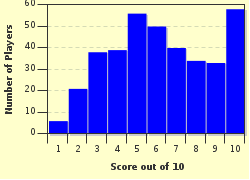 
Other Destinations
Explore Other Quizzes by apc1106