Every question deals with a different French painter from the past 150 years. Up to you to decide which of the options is the only one to suit the profile and the discreet clues that the profile may contain.

Quiz Answer Key and Fun Facts
1. Born in 1839 in Aix-en-Provence in the South of France. Personal friend of Emile Zola, whom he later joined in Paris. Painted with Pissarro at Auvers near Paris, but soon moved away from Impressionism by his so-called 'constructive approach'. Typical subjects: still-lifes; cardplayers; isolated houses; the mountain peak of Mont St. Victoire. Who was he?

After his stay in Paris he returned to Aix-en-Provence where he died in 1906. In contrast to the true impressionists, Cezanne believed that a grouping of brushstrokes had to create the impression of 'mass'. He also believed in the slight exaggeration of proportions to obtain a more suggestive expression. An example are the backs of the card-players where the construction of an 'effect' has to correct the literal truth of the visual impression.

As Cezanne had a longer life-span his career also seems to have developed to greater maturity than is the case with the other post-impressionists van Gogh and Gauguin.
2. Born in Le Havre, Normandy in 1877; he died in 1953. Regattas, casinos, palmtrees, racecourses and orchestras are the typical 'ingredients' of his works. He excels by his linear virtuosity and brilliant colour. 'La vie en rose' was not just the name of one of his paintings, but might have been a good motto for the charming lightness of all his works. Nicknamed 'the granddaddy of modern chic' by Time Magazine in 1950-51.

He also was a great book illustrator and worked for Appollinaire, Mallarme and Gide. Renoir was born at Limoges in 1841 and died at Cagnes in 1919.
3. Born in Paris in 1848 as the son of a French journalist and a Peruvian Creole.He was brought up in Lima, joined the merchant navy in 1865, and had begun a successful career as a stockbroker in Paris already, when he suddenly came into touch with the Impressionists. Spent 17,000 ancient French francs on buying some of their works. Befriended by Pissarro and later by Cezanne. Also van Gogh. After Rouen, Paris, Denmark, again Paris, Pont-Aven in Brittanny, he finally chose French Polynesia as his homebase. He died on one of the Marquesas islands in 1903. 'Where Do We Come From? What Are We? Where Are We going?' is the title he gave to one of his best-known works.

Other popular works of his are 'the Yellow Christ' 1889; 'La Orana Maria' (Hail Mary) 1891 ; 'Mahana No Atua' (Day of the Gods) 1894. Atuona, Hiva Ova, Marquesas Islands, French Polynesia is where he died. He spent a short period with van Gogh in Arles 1888.
4. Born in 1881 ,died in 1955, this French 'Cubist' was often mockingly called a 'Tubist', as a tangle of coloured tubes is what his works most of the time look like. Seems to celebrate the rise of modern technology, and he kind of gets the roar of the factory and the screech of unoiled gear into his paintings. Surprisingly 'heavy' stuff.

Rivera, a Mexican, and Picasso, a Spaniard, are not Frenchmen. Braque did not delight in tubes. A hostile critic said of Leger's paintings: 'visually cacophonic disasters'. Picasso was born at Malaga, Spain and died at Mougins, France, 1973. Diego Rivera was born at Guanajuato, Mexico in 1892 and died in 1957 at Mexico City.
5. Born in Paris 1839, died near Paris in 1899. English roots. Started a painting career in Paris at age 23, after getting fed up with his business career. First exhibition in 1867 showed a strong influence of Corot. Soft harmonious colours. Typical are his gentle, idyllic paintings of scenes near Paris: Marly, Bougival, Louveciennes, Moret-sur-Loing where he died.With his friends Monet, Renoir, Pissarro one of the creators of Impressionism.

One of his best-known works: 'Bridge at Argenteuil' was originally bought by Manet himself, and is now in Memphis, U.S.A. Other famous works are: the Seine at Bougival in Winter (at the Museum of Fine Arts, Lille); Snow at Louveciennes; Flood at Port Marly. Courbet (Ornans 1819- Switzerland 1877) was a Realist. Derain and de Vlaminck belonged to the school of the Fauves (literally 'Wild Beasts'). 'Cage Aux Fauves' was the name given by a critic to the room where their work was exhibited during the Autumn Exhibition of 1905.
6. This artist was a 'she'. Born in 1841, became the sister-in-law of Edouard Manet. Not only was she a good painter, but also an excellent organiser and 'driving force' behind the Impressionist movement. Her name?

Camille Doncieux was the first Mrs Monet. Already during Camille's lifetime Alice Hoschede succeeded to her unofficially, and later became the official second Mrs Monet. Camille Claudel (1864-1943) was the sister of the French author Paul Claudel. She made a career as a sculptress. Auguste Rodin was her teacher, mentor and lover.
7. Born in Paris in 1876; died at Reuil-la-Gadeliere in 1958. Truly one of the 'wild beasts' or 'fauves' in French painting. Apart from being a painter, he also was a violinist and a...racing cyclist. To demonstrate his hatred of 'tradition', he stubbornly refused ever to enter the Musee du Louvre.Was an admirer and imitator of van Gogh's energetic brushstrokes. Landscapes rather than portraits were his main subject. Though truly French by ID, neither his name nor his style were felt to be very 'French'.

Vlaminck was -as the name suggests - born of a Flemish father. Soutine was born near Minsk in 1894. He died in Paris in 1943. Giorgio de Chirico, was born to Italian parents in Volos, Greece, in 1888. He died in Rome on 20 Nov. 1978.
8. Born in 1844, this French artist never got any official 'artistic training'. He had a lifelong job in the Parisian customs office. The 'jungle-paintings' he is famous for were not inspired by any real-life acquaintance with jungle-animals, but based on print-books and on the exotic spectacles he saw at the Parisian 'Jardin des Plantes' (Botanic Garden). Typical works: The Sleeping Gypsy; Scout Attacked by a Tiger; Fight Between a Tiger and a Buffalo. The Surrealists adopted him as their 'founding father' because of the dreamlike force of many of his works. Died in 1910.

It was not the Surrealists however who 'discovered' this 'genius', but Pablo Picasso. His work was exhibited for the first time in 1910, just before his death. The 'surrealistic' painter Marc Chagall was born at Vitebsk in Russia in 1887, but lived most of the time in the West. German-born Max Ernst (1891-1976) started his career as a dadaist and then became first a dadaist then a leading surrealist.

Another important surrealist Salvador Dali (1904-1989) was born a Spaniard and still has one of his more interesting museums at Figueras just across the French-Spanish border.
9. Born in 1869 in the North of France (Le Cateau en Cambresis). Views through an open window, dancers, music, rich colourful dress and richly furnished interiors are his hallmark.Somehow he prefers to stay away from all references to the conflicts and troubles of human existence,and focused on what the title of one of his best-known early paintings describes as 'Luxe, Calme et Volupte.' Luxury, calm and pleasure. Died at Nice in 1954, his main other residences having been Collioure (a coastal village); Paris; Nice; Vence near Cannes.

The title 'Luxe, Calme et Volupte' was borrowed from Baudelaire's 'L' Invitation Au Voyage'. He had been considered one of the 'fauves' because of his friendship with Andre Derain, but critics point out that he was at least as closely related to 'cubism' because of the extreme reductions of his subjects to 'abstract shapes and patterns'.

The vast apartment he had in the Hotel Regina at Nice often figures in his work. At the end of his life he painted the famous 'Chapel of the Rosary', to please a woman who had nursed him and then entered the Dominican convent of Vence. Camille Pissarro was born on the Virgin Islands in 1830 and died in France in 1903.
10. Born in Paris in 1871. Died in Paris in 1958. Originally he belonged to the group of the 'Fauves', but soon the themes and the style of his work gave him a position very much of his own.The heavy dark contours of his figures seems to have been influenced by his early career as a stained glassmaker. As to the subjects of his work, they often refer to the life, passion and death of Christ. Sin is constantly present, and seen as inherent to the human condition. We think ourselves Kings, but are in true fact circus clowns disguising our true natures via masks. From a painter he developed into a graphic artist. Typical works of his: Miserere 1923; Circus of the Shooting Star 1938.

Andre Derain (1880-1954). One of the founders of 'Fauvism'. Got slightly discredited by his somewhat dubious attitude to nazi Germany in World War II. Georges Braque (1882-1963). Was initially influenced by fauvism, then by Cezanne, and finally by Pablo Picasso with whom he 'founded 'cubism'.
Source: Author flem-ish 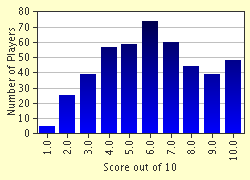