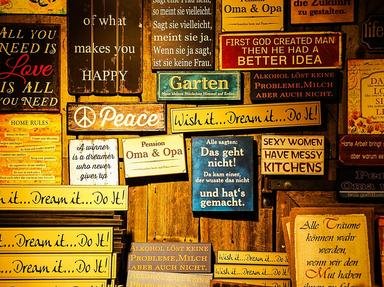 I hope you don't give me the cold shoulder after you play this quiz on idioms relating to parts of the body. Otherwise, you will leave me out on a limb. Enjoy!

Quiz Answer Key and Fun Facts
1. If you tell somebody off for doing something wrong, you are said to give them 'a slap on the' what?

A slap on the wrist is a mild rebuke given to someone as a way of punishment. For example, if a child was putting their hand in the biscuit jar just before dinner then mum would give them a (metaphorical) slap on the wrist.
2. When you describe an item which is very expensive, it is said to cost 'an arm and' what body part?

If you buy something excessively expensive, it is said to cost an arm and a leg. The phrase is said to date back to the First World War when soldiers paid a high price to their country by losing one or more limbs in combat.
3. A person who has a strong constitution is said to have a 'cast iron ...'. Which of these idioms fits the bill?

The man sitting next to me at the restaurant nibbled a whole plate of olives while he looked at the menu. He chose frog's legs and mussels in garlic for starters. This was followed by a hot chicken curry with mango chutney and a pint of milk. For pudding he ate sticky toffee pudding then finished off with a large plate of strong blue cheese and biscuits. Not to mention drinking two bottles of wine, three pints of beer and a half bottle of brandy. He must have had a cast iron stomach!
4. Which part of the body do you 'cross' when you hope something good will happen?

It was said in olden days that if a witch crossed your path, you should make the sign of a cross with your hands and it would ward off evil spirits and bring good luck. I will cross my fingers to bring you luck in getting all the questions correct in this quiz.
5. Where are you likely to 'foam' if you are very angry with something or someone?

The idiom foam at the mouth is believed to date back to a time when rabies in animals and humans was a more regular occurrence. A dog with rabies would be spitting mad with obvious signs of foaming at the mouth. William Shakespeare once wrote a dialogue between Cassius and Casca in his play "Julius Caesar":

CASSIUS "But, soft! I pray you. What, did Caesar swoon?"

CASCA "He fell down in the market-place, and foam'd at mouth, and was speechless."
6. If you are accurate about something, it is said that you have 'hit the nail' on which part of the body?

The meaning of the idiom, hit the nail on the head, is all to do with precision, accuracy and getting to the point. For example, a physics teacher would hit the nail on the head if he/she admitted that students would prefer to be playing video games than learning about quantum physics.
7. An involuntary response to something would be called a '... jerk reaction'. Where on the body is this idiom referring to?

Nearly everyone would have had a patellar reflex test carried out at some time by their doctor or physician. Tapping the tendon just below the knee cap with a soft hammer causes the knee to kick out, sending a signal along the spinal cord to the brain through the nervous system. The idiom 'knee jerk reaction' describes an immediate emotional response to a problem without logical thought of the consequences.
8. To describe somebody who is getting on in years, you would say they were 'long in the' what?

An elderly person who is doing something that is more appropriate for a younger person is said to be long in the tooth. If you see a very elderly lady wearing a mini skirt then she could be called long in the tooth, or a male footballer in his forties could also be called the same. The term is used more as a criticism than in praise.
9. What part of the body is in your 'cheek' if you have said a comment which is ironic or facetious?

A facetious comment can be taken one of two ways. It can either be received as an insult, or if someone is just joking or kidding, it can be classed as tongue in cheek. When someone makes a remark which could be construed as unkind, check for the bulge in their cheek to see whether they are jesting.
10. Something based on a guess or an estimate is said to be 'rule of' what?

Many parts of the body were used as a way of measuring, and some of the same methods are still used today as a rough estimate. A foot is used for measuring distance, a hand is used to measure the height of a horse. The tip of your nose to your outstretched finger is approximately one yard.

The first joint of your thumb is approximately one inch. Rule of thumb is believed to have been used in the carpentry trade to measure wood, but it could also have been used by millers and farmers to measure flour and soil respectively.
Source: Author Plodd 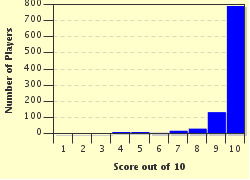