Agatha Christie has used a number of popular nursery rhymes in her works. This quiz is about the rhymes and the part they play in her stories.

Quiz Answer Key and Fun Facts
1. Which novel is based on the nursery rhyme 'Sing a Song of Sixpence'?


Answer: A Pocket Full of Rye

'A Pocket Full of Rye' is a Miss Marple mystery that uses the nursery rhyme 'Sing a Song of Sixpence' as its theme. The novel features a businessman, Rex Fortescue, who is poisoned and in his pocket was a handful of rye! Also featured is a pie with four (dead) blackbirds. And a key theme in the novel is a mine in East Africa called the Blackbird mine. Also, a maid has her nose nipped off (she is killed and a clothes peg placed on her nose).
2. One of Christie's most famous novels is 'And Then There Were None' based on the rhyme 'Ten Little Indians'. As per the rhyme, one of the characters 'chopped himself in halves'; who was it?

'And Then There Were None' was based on the nursery rhyme 'Ten Little Indians' (The original title of the novel was 'Ten Little Niggers'; considering the offensive nature of the title, it was later renamed as 'Ten Little Indians'). In the novel ten people are trapped on an island and they are killed one by one, as outlined in the rhyme. According to the rhyme 'Seven little nigger boys chopping up sticks; One chopped himself in halves and then there were six'.

In the novel, the servant Rogers gets up in the morning to chop wood and is killed by the murderer with a blow on his head with an axe.
3. 'Mistress Mary Quite Contrary' is a nursery rhyme used by Christie in the short story 'How does Your Garden Grow'. What is the connection between the rhyme and the story?


Answer: Poisoned oyster shells are hidden in the garden

'How does your Garden Grow' is a short story featuring Hercule Poirot. The story features a woman Mary Delafontaine whose aunt is killed. Mary has a beautiful garden in her house, which catches Poirot's eye. The rhyme goes '...with cockle shells, and silver bells...'; Poirot observes that the shells were not cockle shells but oyster shells.

He realizes that strychnine was administered to the aunt in oysters and the shells hidden in the garden. In this story, Poirot takes the help of his secretary Miss Lemon to crack the case.
4. 'Three Blind Mice' is a famous nursery rhyme. Which novel of Christie uses this rhyme as its theme?

'Mousetrap' is the world famous play by Agatha Christie, which is featured in the Guinness book of records as the longest running play. The play is presented as a short story titled 'Three Blind Mice'.
5. 'One, Two, Buckle My Shoe' is a Hercule Poirot novel where Poirot catches the murderer after noticing the murderer's unbuckled shoe.

'One, Two, Buckle My Shoe' is a Hercule Poirot mystery that starts off with Poirot visiting a dentist. The dentist is murdered and the case starts. A shoe does play a role in the novel, but not one belonging to the murderer, but rather to one of the victims.

As in the nursery rhyme, there is a 'good fat hen', 'courting maids', 'maids in the kitchen' and when the plot is unravelled, Poirot feels that his 'plate is empty'.
6. 'Five Little Pigs' is a Poirot novel where Poirot solves a sixteen year old mystery. This novel is based on the nursery rhyme 'This little pig'. Who in the novel is referred to as the little pig who went to market?

'Five Little Pigs' features a girl who wants Poirot to unravel a murder mystery that occurred sixteen years ago. When Poirot goes to meet one of the protagonists Phillip Blake, Poirot feels that the corpulent Phillip looked like a contented pig. He is reminded of the rhyme 'This little pig went to market...'.
7. 'Hickory Dickory Dock' is yet another Poirot mystery based on a nursery rhyme by the same name. What is the connection between the story and the rhyme?


Answer: A house on Hickory Road

'Hickory Dickory Dock' is a mystery centring around a student hostel on 26, Hickory Road. Interestingly, the hostel managed by a woman named Mrs. Hubbard.
8. 'There was a crooked man' is a popular nursery rhyme. Which Agatha Christie novel is based on this rhyme?

The novel 'Crooked House' is based on the nursery rhyme 'There was a crooked man'. The central theme of the novel is the happenings in the house of Aristide Leonides. His granddaughter Sophia describes her family as living 'together in a little crooked house'. Agatha Christie has described this novel as a personal favourite and one of her best.
9. 'N or M?' is Tommy-Tuppence spy thriller. Which of the following famous nursery rhymes has a part to play in the novel?

'N or M?' is a spy thriller featuring the husband-wife detective pair, Tommy and Tuppence. The novel is set in the Second World War and involves a search for two Nazi spies, code named N and M. The nursery rhyme 'Goosey, Goosey Gander' is a nursery rhyme book, which contained (in invisible ink) a list of all the Nazi spies in England. Also featured are the rhyme books 'Little Jack Horner' containing details of the navy; 'Johnny Head in Air' about the Air Force and 'There was a Little Man and he had a Little Gun' had military details.

The secrets were kept in the books belonging to a child whose mother was the spy. (In reality she was not the mother, but had kidnapped the child).
10. Let's end with a slightly tough one. Which short story features the rhyme 'That rabbit has a pleasant face'?

'The Market Basing Mystery' is a short story featuring Hercule Poirot, Captain Hastings and Chief Inspector Japp, who have gone to Market Basing for a holiday. When Japp says that the place is far away from crime, Hastings recites the rhyme:
'That rabbit has a pleasant face,
His private life is a disgrace
I really could not tell to you
The awful things that rabbits do.'
This is followed by the report of a mysterious suicide, which they go to investigate. Unlike the other stories, there is no direct connection between the rhyme and the mystery.
Source: Author deepakmr 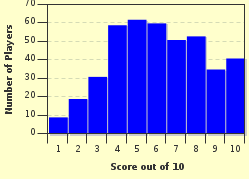