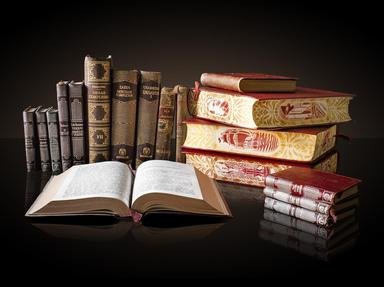 I will give you a popular young adult book and you match it with the correct author. Enjoy!

Quiz Answer Key and Fun Facts
1. The Fault in Our Stars

"The Fault in Our Stars" by John Green was published in 2012. It is a contemporary novel about the relationship between two teenagers with cancer. The narrator, Hazel Lancaster, meets Augustus Waters at a support group. The two quickly fall into a whirlwind romance.

The book was made into a movie starring Shailene Woodley and Ansel Elgort in 2014. Other books by John Green include "Looking for Alaska" and "Paper Towns".
2. City of Bones

"City of Bones" is the first of six books in "The Mortal Instruments" series by Cassandra Clare. It was released in 2007. It is an urban fantasy book about a girl named Clary Fray, who learns about the secret world of Shadowhunters. The Shadowhunters are a race of part-human, part-angel beings who keep the peace between humans and magical folk, such as faeries, vampires, and werewolves, while also fighting demons. Cassandra Clare has also written other book series that take place in the same fictional universe.
3. Speak

"Speak" by Laurie Halse Anderson was released in 1999 and has won many literary awards. The book deals with some difficult subject matter and because of this, it has faced some censorship issues. It follows the life of traumatized high school student Melinda Sordino, who has been shunned after calling the police to a party the summer before the book starts. Though the reason she did so and why she is so quiet is not revealed until later in the book.

Other books by Laurie Halse Anderson include "Wintergirls" and "The Impossible Knife of Memory".
4. The Book Thief

"The Book Thief" by Markus Zusak was first published in 2005 and has been critically acclaimed. Set in a World War II ravaged Germany, the novel follows the life of a young foster child named Liesel Meminger. During this difficult time, Liesel finds solace in books and writing about her experiences.

This tragic and insightful book takes place over the course of several years and shows Liesel growing up and finding love with her new family and friends. The book was made into a movie in 2013.
5. Delirium

"Delirium" is the first book in the trilogy of the same name by Lauren Oliver and was published in 2011. It is a dystopian book that takes place in a future where love has been made illegal and treated like a disease. It follows Lena, who, when she falls in love, learns the truth about the society she lives in and ultimately joins the resistance.

Other books by Lauren Oliver include "Before I Fall" and "Vanishing Girls".
6. If I Stay

"If I Stay" by Gayle Forman was published in 2009. It is about life and death and how the two intermingle. On a snowy morning, seventeen-year-old Mia Hall and her family are in a car accident that leads to tragedy. Mia ends up in a coma in the hospital where, through an out-of-body experience, she is able to witness what is going on around her.

She discovers that the decision to live or die is up to her. Should she stay or leave behind everything? The book was made into a film in 2014 starring Chloë Grace Moretz.
7. Eleanor and Park

"Eleanor and Park" by Rainbow Rowell was published in 2013. Set in Omaha, Nebraska in the 1980s, the titular characters begin by disliking each other, but soon fall in love with each other while reading comic books and listening to music. The book deals with themes such as domestic violence and bullying. Other young adult books by Rainbow Rowell include "Fangirl" and "Carry On".
8. Divergent

"Divergent" by Veronica Roth was published in 2011 and is the first book in the trilogy of the same name. The book is dystopian and set in a walled city where the citizens are divided into factions based on five core personality traits. The main character, Tris Prior, decides to join the Dauntless, the brave and strong group. Through the course of the book, she learns about who she really is and about the flaws in society.

The book was made into a movie starring Shailene Woodley in 2014.
9. Shiver

"Shiver" by Maggie Stiefvater is the first book in "The Wolves of Mercy Falls" series. Set in a small Minnesota town, the book is a retelling of the traditional werewolf story. The main character, Grace Brisbane, has always been fascinated by the wolves that live in the forest behind her house and felt a connection to them. Little did she know that the wolves were human when the weather was hot enough.

After she meets Sam Roth, she begins to learn the secret of the wolves and falls in love with the boy who is part wild animal.

Other books by Maggie Stiefvater include "The Raven Cycle" series and "The Scorpio Races".
10. The Hunger Games

"The Hunger Games" by Suzanne Collins was published in 2008 and is the first book in the best-selling series of the same name. The book is a dystopian that takes place in a future version of North America called Panem, where the rules of society have been rewritten.

The main character, Katniss Everdeen, is forced to take part in the annual Hunger Games, a bloody fight to the death that the corrupt capital uses to keep the districts in place. Beneath everything, a revolution is brewing. "The Hunger Games" was made into a movie in 2012 starring Jennifer Lawrence and Josh Hutcherson.
Source: Author zebra101 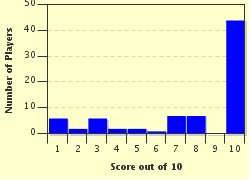