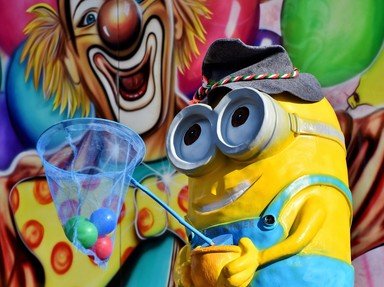 All About Disney Trivia Quiz

This should be pretty easy if you have seen a few Disney movies! Good luck!

Christina Aguilera sang a song in this movie.
2. Which movie featured an alien named Experiment 626?

This movie had Elvis music.
3. Which movie has seven little men who are miners?

This movie was one of the first Disney movies. "Snow White" was originally released on December 21, 1937.
4. Which movie has a huge fruit that a little boy crawls into?


Answer: James and the Giant Peach

This was a movie with animation and live people.
5. Which movie has a cowboy named Woody?

This was a Disney and Pixar film. With people like Tom Hanks and Tim Allen voicing in it, it was sure to be a hit!
6. Which movie had a curious mermaid?

I loved the songs in this movie! They created a sequel to this movie also called 'The Little Mermaid 2'. She has a daughter.
7. What movie has two evil stepsisters, an evil stepmother, and a fairy godmother?

This movie was remade with Brandy as 'Cinderella'!
8. What movie had mirror, rose, and talking furniture?

There was a Christmas 'Beauty and the Beast' movie also.
9. Where is Disney World located?

It's my favorite vacation spot! There is a Disney Land in California.
10. Who is the creator of Disney?

Walt Disney is so cool! After he passed away his brother took care of Disney.
Source: Author perkybabe05 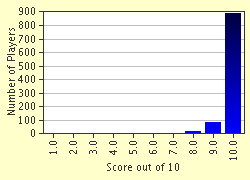 
Other Destinations
Explore Other Quizzes by perkybabe05