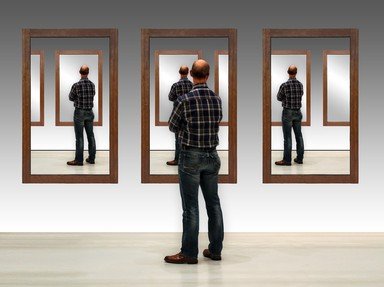 Ten well known movies that begin with the letter 'D'.

Quiz Answer Key and Fun Facts
1. Ben Affleck and Matt Damon star as two fallen angels trying to get back into Heaven in which 1999 movie?

Bartleby (Affleck) and Loki (Damon), banished from Heaven and now living in Wisconsin, find a loophole that will allow them to return to Heaven. If they accomplish this feat, however, they will prove that God is fallible and will undo all of creation.

Jason Lee, who plays Azreal in "Dogma", went on to find fame on television playing Earl Hickey in "My Name is Earl".
2. Jake Gyllenhaal stars as a disturbed teenager who talks to a six-foot-tall rabbit and ponders time travel in which 2001 movie?

After an airplane engine crashes into Donnie Darko's (Gyllenhaal) bedroom, he begins to speak with an imaginary man sized rabbit called Frank. Frank gives him clues about his future and predicts that the world will end in 28 days, sending Donnie on his inevitable path.

Jake Gyllenhaal is a nobleman by birth, being a descendant of the Swedish noble Gyllenhaal family.
3. In which 1987 movie does Frances "Baby" Houseman fall in love with dance instructor Johnny Castle?

Although acting since the 1950s, Jerry Orbach, who plays Baby's father Dr. Jake Houseman in "Dirty Dancing", is probably best remembered for playing Detective Lennie Briscoe in the successful "Law & Order" television series.
4. A group of underdogs enter a sporting competition to save their beloved local gym from being taken over in which movie from 2004?

Peter LaFleur (Vince Vaughn) must raise $50,000 to keep the mortgage on his gym from being foreclosed, and the establishment being taken over by the Globo-Gym chain owned by nasty White Goodman (Ben Stiller). Coincidentally, there is a dodgeball competition being held in Las Vegas which awards $50,000 to the winner. Peter and a group of his regular clientčle enter the competition and undergo grueling training by former dodgeball hero Patches O'Houlihan (Rip Torn).

Although frequently shortened to "Dodgeball" the full title of this movie is "Dodgeball: A True Underdog Story".
5. In which 1989 movie does English professor John Keating encourage his students to "seize the day"?

John Keating (Robin Williams) is an unconventional new teacher in a very conventional boys school. While he inspires his young charges to challenge authority and look at the world in a new light, his teaching methods are not well received by the leaders of the school or the boys' parents.

While Robin Williams based his performance in part on his own history teacher, the late John C. Campbell, the inspiration for his character, came from University of Connecticut's English professor Samuel Pickering.
6. The difficult choices faced by Sister Helen Prejean after she befriends convicted murderer Matthew Poncelet are portrayed in which 1995 movie?

When Sister Helen Prejean agrees to become spiritual adviser to a man on death row, she must deal with the conflict of empathising with both the victim's families and the killer.

The movie is based on an autobiographical book by the same title, and Sister Helen Prejean continues to campaign for the abolition of capital punishment in the USA.
7. Which 1988 movie starring Bruce Willis was the first of a successful film franchise?

After his estranged wife is taken hostage on Christmas Eve, John McLane (Bruce Willis) is the only man who can save her and the other hostages from terrorists.

"Die Hard" spawned not only a number of sequels, but also several video games.
8. Two simple roommates set off on a road trip across America to return a suitcase full of money to a stranger in which 1994 movie starring Jim Carrey and Jeff Daniels?

After inadvertently picking up a suitcase full of ransom money, Lloyd Christmas (Carrey) and Harry Dunne (Daniels) bumble their way to Aspen - via Nebraska - to return the suitcase to Mary (Lauren Holly), the woman of Lloyd's dreams. Things only get worse when the are pursued by the kidnappers of Mary's husband, and Mary starts to fall for Harry, not Lloyd.

Jeff Daniels has been married to his high school sweetheart Kathleen Treado since 1979.
9. Lt. John Dunbar, posted to a deserted fort, finds himself drawn to his Sioux neighbours in which 1990 movie?

With the help of white woman Stands With A Fist (Mary McDonnell), John Dunbar (Kevin Costner) learns the ways of a local Sioux tribe, and is accepted into their family. When the army reoccupy Fort Sedgwick, however, Dunbar is branded a deserter, and the lives of all those he holds dear are threatened.

"Dances with Wolves" won seven Academy Awards for Best Picture, Direction, Original Music Score, Sound, Editing, Cinematography and Writing Adapted Screenplay.
10. In which 1993 movie does a well-meaning man impersonate the President of the United States of America, who is secretly in a coma?

Dave Kovic (Kevin Kline) is persuaded to impersonate the President of the USA for security reasons by his corrupt Chief of Staff Bob Alexander (Frank Langella). What Bob didn't count on is the effect that Dave would have on the people of America, and the policies he would introduce.

"Dave" is not the only film in which Kevin Kline has played two different characters. He also had dual roles in "Wild Wild West" and "Fierce Creatures".
Source: Author jondalah 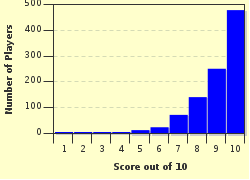 
Other Destinations
Explore Other Quizzes by jondalah