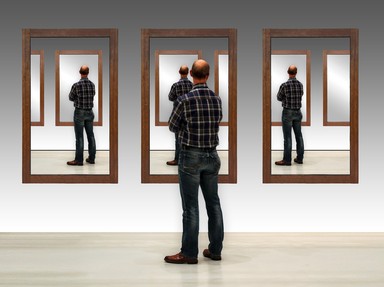 Trivia quizzes on the topic of Common Titles. How much do you know?

Quick Question
In which 1988 movie do Geena Davis and Alec Baldwin attempt to scare the new occupants out of their house?
Sub-Categories:

Colors/Colours in the Title (21 quizzes)

Movies with "Little" in the Title!

Watching Over the Bridge 10 questions
Easy, 10 Qns, masfon, Dec 28 20
I like the word BRIDGE. It recalls friendship, connection, or reaching something inaccessible. That's why I had the idea of making this quiz based on the movies that have the word bridge in the title.
Easy
masfon

Girls on Film 10 questions
Easy, 10 Qns, dellastreet, Nov 09 20
Ten films with "girl" in the title need to be matched with the actresses who appeared in them.
Easy
dellastreet

Cold Snap 10 questions
Average, 10 Qns, VegemiteKid, Aug 07 21
Brrrrr! I looked in my freezer this week and discovered ten movies I had on ice. See if you know the titles of all ten of these COLD flicks.
Average
VegemiteKid

'The' Quiz To Take 10 questions
Average, 10 Qns, Polaris101, Nov 15 04
The what? Exactly! Answer questions about movies whose titles are all two-word titles beginning with 'The'.
Average
Polaris101

10 questions
Average, 10 Qns, thejazzkickazz, Jun 05 17
Many great films have come out over the years that somehow contain the word 'American' in the title. This quiz covers this diverse set of films in one fell swoop. Play and have fun!
Average
thejazzkickazz

Movies on Fire 10 questions
Average, 10 Qns, JanIQ, Jan 08 21
Here are ten movies with titles that refer directly or indirectly to one of Empedocles' elements: fire. Have fun but don't let your answers get up in smoke. Would Empedocles enjoy these movies?
Average
JanIQ

Going To The Chapel 10 questions
Easy, 10 Qns, fbdo, Dec 02 09
So many weddings, so little time. How fast can you answer these questions and make it to the altar in time! Good luck and have fun.
Easy
fbdo
5214 plays
16.

Royalty in the Movies

10 questions
Average, 10 Qns, thejazzkickazz, Dec 18 12
In this quiz, you will be asked questions about movies that have some form of royalty (king, empress, etc.) or royal domain (empire, etc.) in their titles. Put on your purple robe and play along...good luck!
Average
thejazzkickazz

Names In Movie Titles 15 questions
Average, 15 Qns, Sarah606, Oct 01 04
It seems like people's names are in movies all of the time! I found a whole bunch. See how much you know about movies with names in the titles.
Average
Sarah606
5538 plays
20.

Is That the Truth?

10 questions
Average, 10 Qns, spanishliz, Sep 25 19
All of the movies in this quiz have the word "truth" or "true" in the title. Use the photo clues to help answer the questions, remembering that the hints might be oblique.
Average
spanishliz

Movies With Articles of Clothing in the Title 10 questions
Average, 10 Qns, skunkee, Jul 31 04
All of these movies contain the name of an article of clothing in the title. Can you tell me what they are?
Average
skunkee

A Melting Pot of Movies: The Mystery Awaits

10 questions
Easy, 10 Qns, tazman6619, Sep 02 17
All of the movie titles in the following questions have something in common. Can you figure it out before it is revealed in the final question? No peeking ahead and good luck.
Easy
tazman6619

Ladies' Night at the Movies 10 questions
Very Easy, 10 Qns, DizWiz, Feb 09 18
Match the ladies on the right to complete the movie titles on left. Popcorn is optional.
Very Easy
DizWiz

The Bridge on the River Kwai.

The film "The Bridge on the River Kwai" was released in 1957 and is based on the 1952 novel written by the Frenchman Pierre Boulle, which tells the saga of Allied POWs forced by the Japanese to work on the construction of a railway called the Japanese Thailand-Burma-Link-Railway.

"The Bridge on the River Kwai", a co-production between companies in Britain and in the United States, was set in Ceylon (now Sri Lanka), directed by David Lean and starred among others by William Holden, Alec Guinness and Jack Hawkins. The film won seven awards at the 30th Academy Awards and was considered a public and box office success. - From quiz: Watching Over the Bridge
Cocktail.

Unable to find work and needing to earn money while he earns his degree, Brian Flanagan (Tom Cruise) takes a job as a bartender. He is shown the tricks of the trade by the older, though not necessarily wiser, Doug Coughlin (Bryan Brown) and manages to find love along the way.

Australian born Bryan Brown has been married to his wife Rachel Ward since 1983. Although frequently working outside of Australia, he is known for being one of the few Aussie actors that keeps his Australian accent for the vast majority of the roles he plays. - From quiz: C Movies
Gladiator.

After General Maximus Decimus Meridius (Crowe) refuses to follow the Emperor's treacherous son Commodus (Joaquin Phoenix), his wife and child are murdered, and Maximus himself is taken by slave traders. Once Maximus is sold to Proximo (Oliver Reed), the head of a gladiator school, he becomes a popular gladiator and works to take his revenge on Commodus.

Joaquin Phoenix is a strict vegan, and his 'leather' outfits in "Gladiator" were actually made out of synthetic material. - From quiz: G Movies
Ghostbusters.

Peter Venkman (Murray), Ray Stantz (Aykroyd), and Egon Spengler (Ramis) become professional ghost catchers after they are kicked out of their university jobs. At first business is slow, but it soon becomes apparent that some major paranormal activity is heading towards New York, and the ghostbusters are the only ones who can save the city.

TV weatherman Phil Connors (Bill Murray) heads to Punxsutawney for Groundhog Day, as he does every year. Phil detests covering this yearly festival, so it is unfortunate for him that this is the day that he has to live over and over, until he gets it right anyway.

Based on the novel "Les Liaisons dangereuses", which has been adapted for film on several occasions, this movie follows the exploits of step-siblings Kathryn Merteuil (Gellar) and Sebastian Valmont (Phillippe) as they lie, cheat, manipulate and bed those around them. In the end of course, they both have to pay for their actions.

When Sarah Michelle Gellar was four years of age, she starred in an advertisement for Burger King which named and criticised their competitor McDonald's. As a result, both she and Burger King were sued by McDonald's. The case was settled when she was five years of age. - From quiz: C Movies
Catch Me If You Can.

Having a hard time dealing with the breakup of his parents marriage, Frank Abagnale Jr. (Leonardo DiCaprio) runs away from home. His ever escalating cons attract the attention of FBI agent Carl Hanratty (Tom Hanks), who pursues Frank across the globe.

The real Frank Abagnale Jr. was captured in France in 1969. After his arrest, 26 different countries wanted to extradite him for fraud. He ended up spending time in prison in France, Sweden and the US. Ironically, he now runs a financial fraud consultancy company. - From quiz: C Movies
This is category 8783
Last Updated Aug 07 2021 5:27 PM