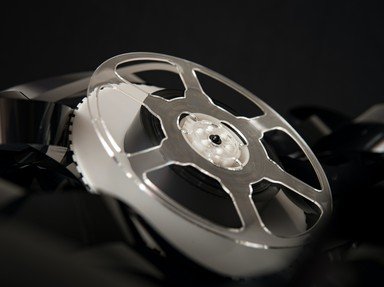 The questions in this quiz will describe a certain movie, and the player will have to figure out what the movie is.

Quiz Answer Key and Fun Facts
1. What movie is about a nightclub girl who breaks her rules of life and falls in love for real for the first time?

The Moulin Rouge still exists in Paris and is still in use.
2. What movie is about a cute, purple-spotted monster who needs to return a little girl named Boo back to her home?

This movie was one of the best-selling movies of 2001, and it was a kids' movie!
3. What movie is about a village girl who falls in love with a beast?

'Beauty and the Beast' was the first animated movie to be nominated for an Academy Award for Best Picture.
4. What movie was originally a comic strip, has been made into a film more than once, and is also a Broadway show?

Thousands of young girls try out for the Broadway show based on 'Little Orphan Annie' every single year.
5. What movie is about five girls in a pop band and the busy schedule they have?

This movie was rated 'worst movie of the year' by many, but it was a smash at the box office!
6. What movie is about a young woman who, whenever she goes to get married, always runs away?

In this movie Julia Roberts played the runaway bride.
7. What is the movie with the famous phrase: 'You'll shoot your eye out, kid!'?

This movie plays for 24 hours straight starting Christmas Eve on TNT.
8. What movie is about a young lion trying to grow up without a father?

Every song in this wonderful Disney movie was co-written by Elton John. Many were sung by him, too.
9. What movie starred a strong sailor who ate spinach and beat up his worst enemy as a hobby?

This movie was banned in at least seven countries because of the violence.
10. In what movie did a teenage boy find out he was really a leprechaun?


Answer: The Luck of the Irish

The boy in this movie had starred in over three other Disney films when he was only 15.
11. What movie is about a sing-song young lady who is banished from the abbey and becomes a nanny for some kids who need to learn how to have fun?

This movie is based on the Von Trapp family, who were a real family.
12. What movie is about an 11-year-old girl who is a spy and writes everything in her notebook?

This movie was originally a book.
13. What Disney cartoon is about a wooden puppet who has a nose that grows when he lies?

This movie has been told in many different forms.
14. What movie is about a fox who helps out the poor by stealing from the rich?

This story was originally about a real man.
15. What movie is about a mouse that a family takes in?

This story has been told through famous books.
Source: Author smileygurlie223344 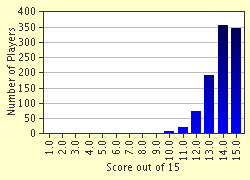 
Other Destinations
Explore Other Quizzes by smileygurlie223344

Go to Name the Movie Quizzes