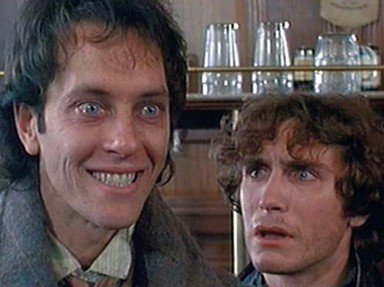 "Withnail and I" - The Ultimate Cult Film Quiz

"Withnail and I" (1986) is a film that many have never heard of, but for those who have seen it, it has become one of the great cult classics. This quiz is designed with the film's many devotees in mind.

Quiz Answer Key and Fun Facts
1. What item of food/drink is Danny offered by 'I' when he comes round to the flat at the start of the film?

For those who are unaware, a saveloy is a type of highly seasoned sausage. When offered the saveloy, Danny asks 'How much is it?' and seems surprised that 'I' is simply giving it to him.

'I' is previously seen spooning coffee from a bowl (Withnail thinks it is soup at first) because there are no cups, as neither of them have done the washing up.

At one point early that morning Withnail refers to a raw potato being the only item of food he's had in the last 60 hours.

At lunchtime Withnail suggests that they eat a pork pie as part of his plan to "miss out Monday but come up smiling Tuesday morning".
2. According to Danny, a character known as the Coalman recently appeared in court, charged with drug smuggling, wearing two unusual items, against advice. What were the two items?


Answer: A kaftan and a bell

Apparently the bell was the item that caused the problem ("they can handle the kaftan, they can't handle the bell"). The judge who, according to Danny, looked like Batman in his cape, was not impressed and said "this ain't fancy dress." The Coalman's response, which was, "You think you look normal, your Honour?", allegedly contributed to him getting a two year sentence.
3. What does Withnail allegedly grow as a hobby?

When the boys go to see Uncle Monty to try and get the key to his cottage in the Lake District, his opening conversational gambit is to ask if the boys grow root crops. Uncle Monty believes that "the cauliflower is more beautiful than the rose" and asks Withnail if he "grows", to which Withnail replies, almost certainly untruthfully, "geraniums". Uncle Monty calls geraniums "little traitors" and offers the decidedly odd opinion that he thinks the carrot is "infinitely more fascinating than the geranium".

Uncle Monty also appears to be wearing a radish pinned to his jacket in later scenes.
4. What was the name of Uncle Monty's first theatrical agent?

When the boys visit Uncle Monty at his house, the latter reminisces: "Indeed I remember my first agent...Raymond Duck...Four floors up on the Charing Cross Road and never a job at the top of them."
5. When the boys try to explain to the farmer that they are staying at the cottage and mention Uncle Monty's name to him, he doesn't recognise it. By what name does he know Uncle Monty?

Uncle Monty has clearly been using a false name and false history when at the cottage; the farmer also remembers that the last time Uncle Monty was at the cottage he was "with his son", which is obviously not the case.
6. What does Jake the poacher offer the boys when he first meets them?

When Jake comes into the pub, he has an eel and a pheasant about his person. When Withnail asks for some food Jake says that the pheasant is for the landlord's pot and the eel is for his (Jake's) pot. Although Withnail wants a pheasant, Jake relents and says "I might come and see you lads in the week, I might fetch you up a rabbit."
7. What item(s) are the boys supposed to buy in Penrith with Uncle Monty's money?

Uncle Monty takes them to Penrith to buy Wellingtons, when he realises that they are improvising by wrapping polythene around their feet, but on the way there he feels that they both need to have a shave. He says that he will buy razors and shaving soap and gives them money to buy the Wellingtons. Needless to say they spend the money on drink in the local pub.
8. When Withnail is informed by the police officer that he is being placed under arrest for drunk-driving, near the end of the film, he replies "Don't be ridiculous, I haven't done anything". As the officer starts to pull him away, he gives another 'reason' why he shouldn't be arrested; what further information does he give?


Answer: His cousin is a Queen's Counsel.

Although it would be highly unlikely to be of benefit to him, it is not clear whether he really does have a cousin who is a QC (a Queen's Counsel is a kind of senior barrister - very high up in legal circles), but given his social background (educated at Harrow) it is quite possible.

Withnail had previously attempted to get out of a fight in a pub by pretending he had a heart condition, whilst at the start of the film he says that he hasn't eaten anything for 60 hours (apart from a raw potato). He was unable to pretend he wasn't the driver, given that he was stopped actually driving the car (although he can't drive and has no driving licence).
9. According to Danny, what best signifies that the sixties ("the greatest decade in the history of mankind") is over?

Danny actually says, "They're selling hippy wigs in Woolworths, man...the greatest decade in the history of mankind is over...and as Presuming Ed here has so consistently pointed out, we have failed to paint it black". It is a real shame that the sublime - the line about Woolworths - is followed by the painfully direct, and indeed probably the only klunky line in the whole film. The director, Bruce Robinson, seemed unable to keep his authorial voice from intruding at this point.

Although John Lennon had informed the other Beatles that he was leaving the group in September 1969, this was not made public until 1970. Similarly the Conservative party didn't take office until June 1970, although they were not a particularly illiberal government. Short hair did not come back into fashion for several years, which is just as well, given Danny's opinion of hairdressers (which makes it somewhat ironic that the actor who played Danny, Ralph Brown, is now bald).
10. 'I' eventually lands the lead role in a play at a theatre in Manchester, which is the reason he leaves the flat at the end of the film. In which play is he going to appear in?


Answer: We are never told.

It is never explicitly stated, but it seems highly likely that the play is 'Journey's End' by R.C.Sheriff. Whilst at the cottage 'I' is seen reading the play, which is set in the trenches of France during the 1st World War. A short haircut would be a requirement for the play. The last scenes in the film take place after 'I' has indeed had a very short haircut, in preparation for his role.

Withnail specifically comments on this point to 'I' whilst in the pub in Penrith, to which 'I' responds by saying that Withnail would have to lose a leg, a joke I have never understood - perhaps a reference to playing Long John Silver in 'Treasure Island'?

Withnail is offered the chance to understudy Konstantin in Chekhov's 'The Seagull', much to his disgust ("Why can't I play the part?") and his last lines in the film are from 'Hamlet', which is made all the more poignant as he has already told Uncle Monty, in response to the latter's comment about "never play(ing) the Dane", that "it's a part I intend to play". It is likely, however, that performing to some wolves in the rain in the park is the nearest Withnail will ever get to playing the role.
Source: Author dersinghampaul 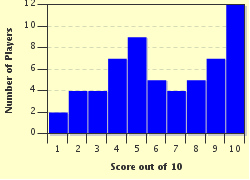 
Other Destinations
Explore Other Quizzes by dersinghampaul

More Withnail and I Quizzes