Here are ten questions related to Bruce Springsteen and The E Street Band.

Quiz Answer Key and Fun Facts
1. Where did Bruce Springsteen grow up?

Clarence Clemons is "The Big Man" who plays the sax.
3. Which of the following was not an early Springsteen band?


Answer: The Boss and Company

Bruce was never comfortable with his nickname, "The Boss".
4. Who has pictures of her heroes on the walls?

In Candy's Room, there are pictures of her heroes on the walls.
5. Which of the following is not true according to the music of Bruce Springsteen?


Answer: It takes a dirty blonde to get a dirty job done

It takes a red-headed woman to get a dirty job done.
6. Who requested a meeting with Bruce Springsteen and was turned down in a short, but critical note?

Bruce didn't care for Fawn Hall, or her boss Oliver North.
7. Who left The E Street Band prior to the 'Born in the USA' tour?

Little Stevie left the band, but obviously would return.
8. Who was "The Phantom"?

Danny Federici used to pull a disappearing act just after each show to avoid being served a warrant for his arrest.
9. Where is there a darkness?


Answer: On the edge of town

'Darkness on the Edge of Town' is the final track on the album of the same name.
10. Who didn't go up to Greasy Lake?

Spanish Johnny drove in from the underworld in "Incident on 57th Street". The others went up to Greasy Lake in "Spirit in the Night"
Source: Author okuriashiharai 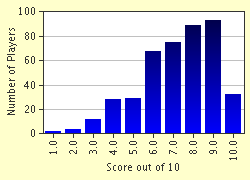 
Other Destinations
Explore Other Quizzes by okuriashiharai