The words 'fire' and 'blood' are prevalent in Bruce Springsteen's lyrics. Is he a pyromaniac at heart or is it because the passion with which he approaches his work is embodied in his lyrics?

Quiz Answer Key and Fun Facts
1. In which early Bruce Springsteen song does the singer bewail? "(NAME), that waitress I was seeing lost her desire for me I spoke with her last night She said she won't set herself on fire for me anymore".

'Sandy' appeared on Springsteen's second album, 'The Wild, The Innocent and the E Street Shuffle' (1973) and, although it was never released as a single, became a concert staple. It has been said that Bruce deliberately whispered the vocals to give the song an air of intimacy, in much the same way as a man would whisper into a lover's ear.

The Hollies released a cover version of the song in 1975. It only got as far as #85 in the US charts but in doing so became the first song Springsteen wrote to chart in his own country.
2. Which 1978 Bruce Springsteen song, highlighted by the following lyric, told of a bitter but loving relationship between a father and his son? "You inherit the sins You inherit the flame."

Springsteen has identified this number as being somewhat 'emotionally autobiographical', with the inspiration being drawn from his own relationship with his father. The song has a jarring quality and Bruce emphasises this by placing it between two rather melodic songs on his fourth album, 'Darkness on the Edge of Town'. Those two tracks are 'Badlands' and 'Something in the Night'.
3. 'Candy's Room' is a song on which Bruce Springsteen album where the singer intones "Let them melt, let them fire, let them burn"?


Answer: Darkness on the Edge of Town

'Darkness on the Edge of Town' (1978) was Springsteen's fourth album and came three years after his break-through set 'Born to Run'. Maybe it was the legal wrangles that Bruce endured during this period but this album is full of references to fire and blood. Only two tracks fail to make any mention of it. Ironically, one of those tracks is 'Prove It All Night' which tells of a fired up Romeo trying to buy and/or talk his young lover into living for the moment and surrendering her virtue for him.

The other track is 'Factory' where Bruce deals with the monotony of a worker's lot on the factory floor. Bruce sings this song in a monotone, giving the number a dirge like quality, hardly the scenario where he'd wish to use words of passion.
4. In the video clip for which 1985 song does Bruce Springsteen play the role of a motor mechanic who has strong desires (lust) for an 'uptown' girl? "Hey little girl is your daddy home"

The film clip won 'Best Male Video' at the second MTV Video Music Awards in 1985. It was the first time that Springsteen had acted, as opposed to performed, in a video. It is believed that many US radio stations ceased playing this song, for a period, after the 2001 terrorist attacks on the US, as the vision of fire was thought to be too close to home. "I'm on Fire" reached as high as #6 on the Billboard Hot 100.
5. 'Backstreets', a song about a failing relationship appears on which, break-through, Bruce Springsteen album? "One soft infested summer Me and Terry became friends Trying in vain to breathe The fire we were born in."

The lyrics in this song indicate that a betrayal has taken place and the one who has been betrayed is trying desperately to keep the friendship of the other. Springsteen's use of the name, Terry, for the female character certainly raised a few eyebrows. Debate is still active as to whether the relationship within the number is boy/girl or boy/boy.
6. Which Bruce Springsteen track, from his 1984 album 'Born in the USA', deals with the power of friendship and following your dreams? "Now young faces grow sad and old and hearts of fire grow cold We swore blood brothers against the wind now I'm ready to grow young again"

Springsteen, reportedly, only included this track on the album at the insistence of his friend and fellow guitarist, Steve Van Zandt. A slower, acoustic version of the song, recorded at the Meadowlands Arena in 1984, appears on Springsteen's box set 'Live 1975-1985'.
7. Which 1995 Bruce Springsteen song was partly inspired by John Steinbeck's 1939 novel 'The Grapes of Wrath'? "The highway is alive tonight - But where it's headed, everybody knows. I'm sittin' down here in the campfire light Waitin' on ________________."


Answer: The Ghost of Tom Joad

The novel, along with Woody Guthrie's 'The Ballad of Tom Joad', were strong influences on Springsteen comparing the dustbowl of the 1930's with the America of the 1990's. Rather than it being an indictment on the country, Springsteen seems to be staring into the fire and seeing hope, looking toward the strength of community to work as a positive unit toward overcoming injustice.

The 'I'll be There' speech, so eloquently spoken by Henry Fonda (as Tom Joad) in John Ford's 1940 film, is acknowledged by Springsteen within the lyrics.
8. Complete the lyric and title to this 1996 Bruce Springsteen song. "Now there's so much time that time, time and memory fade away We got our own roads to ride and chances we gotta take We stood side by side each one fightin' for the other We said until we died we'd always be _____ _________."

It is interesting to note that the majority of times that Springsteen has employed the words fire and blood within his lyrics were in his early years as a songwriter. In those days he appeared more as the angry young man, the hot blooded Romeo or the vulnerable dude with his shoulder against the world.

As he matured some of the 'spit and vinegar' dissipated and suddenly those same words were taking on a different resonance. Now fire was sought for warmth or protection, even some mythical symbolism whilst blood came to represent kinship or the need for lifelong bonds. After seven years apart from his band Springsteen called the members back together again to record some new material for the release of their 'Greatest Hits' album.

He wrote this song on the night before their first recording session as a tribute to his strong ties with the band.
9. Which Bruce Springsteen song, taken from his 1982 album 'Nebraska', tells the tale of a relationship struggling to survive, which is mirrored in the following lyrics? "Well now, ev'rything dies, baby, that's a fact But maybe ev'rything that dies someday comes back".

This song has been included as a, for want of a better word, contra to the questions posed to this point. It has been introduced to highlight how cleverly Springsteen chooses his words. You won't find a mention of fire or blood within this song, which is probably one of Bruce's best lyrical moments. It tells the story of a young man sinking into debt and the effect it has on his relationship with his partner. With every line Springsteen slowly peels away another layer of the man's fortunes to the point where he resorts to making a deal with the devil.
"last night I met this guy and I'm gonna do a little favour for him".
All the warmth is extracted from the song until it is a reflection of the relationship.
"put on your stockin's baby, 'cause the nights getting cold".
10. Which song did Bruce Springsteen release in 1984 that chronicles his frustration at his inability to write a hit single? "You can't start a fire without a spark."


Answer: Dancing in the Dark

Legend goes that Springsteen considered his 1984 album 'Born in the USA' complete. His manager and producer, Jon Landau, thought otherwise. The majority of the tracks for the album had been written some time beforehand and Landau's view was that whilst the material was powerful, it wasn't as relevant as it could have been.

In addition his view was that the time was right to spread Springsteen's music to a broader audience and to do so a hit single was required. None of the tracks to that point could support that distinction. An argument ensued between them. Landau got his way and the rest, as they say, is history.
Source: Author pollucci19 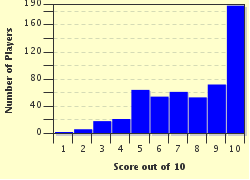