INXS was one of Australia's top rock bands and had international success in the eighties and nineties.

A multiple-choice quiz by Team Pi in the Sky. Estimated time: 4 mins.

Quiz Answer Key and Fun Facts
1. What was the band INXS known as originally?

The group, which was formed in Sydney in 1977, was originally known as The Farriss Brothers. It had often supported the popular Australian political band, Midnight Oil. Its manager, Gary Morris, suggested that they change their name to INXS and become a Christian rock band and if they did he would manage them. The group liked the name but did not see themselves as a Christian band so, after appearing under their new name in 1979, on the NSW Central Coast, hired a new manager
2. INXS received the best album award at the 1984 Countdown Awards. What was the album's title?

As well as winning this award, between 1980 and 1985 INXS were nominated for three Grammy awards. They were also two time winners for being Most Popular Australian Group, and Michael Hutchence won Most Popular Male. Their growing popularity overseas was reflected in the early 1990s when they also received Brit awards for Best International Group, with Michael Hutchence again getting a solo award, this time for Best International Male.
3. Which member of INXS had so much sex appeal that he was compared to Mick Jagger and Jim Morrison?

Michael Hutchence was born in Sydney in 1960, the son of a makeup artist and a businessman. His musical taste was influenced by the songs of the Beatles and the Rolling Stones which he had listened to when he was young. With his good looks and magnetic stage performances he was influential in drawing huge numbers of fans to INXS concerts.
4. Band member Michael Hutchence had a romance with another Australian star in the 1990's. Who was she?

Hutchence and Kylie's romance started at the time when Kylie was shaking off her teenage image and going for something more adult and sophisticated. Hutchence wrote 'Suicide Blonde', said to have been inspired by Kylie who had used the words to describe the colour of her dyed blonde hair.
Hutchence described his hobby at the time as 'Corrupting Kylie'.
5. The first single released off INXS's 1987 album "Kick" was nominated for 9 MTV awards and won 5 of these. Which Andrew Farriss and Michael Hutchence written song was this?

"Need You Tonight" was the fourth track on the album and the first single to be released. It won the Best Group and Video of the Year awards as well as the popular Viewers Choice award.

According to INXS's autobiography, "INXS: Story to Story", Andrew Farris said the riff for the song came to him while waiting for a cab. He then kept the cab driver waiting while he recorded the riff in his hotel room.
6. In 1985 Hutchence was interviewed on her show, "The Tube", by the wife of another rock star, but it was not until 1994 when she again interviewed him on her new show, "Big Breakfast", about INXS's Greatest Hits album that they began a serious relationship. Who was she?

Paula Yates was the wife of Bob Geldof and had three daughters with him. During the second interview which, like other interviews on this program was conducted on a bed, the chemistry between them was obvious. In 1996 Hutchence and Yates had a child they called 'Heavenly Hiraani Tiger Lily', but in 1997 Hutchence killed himself due to depression. Yates killed herself in 2000 and 'Tiger', as they called her, was adopted by Bob Geldof.
7. INXS was a driving force in Australian music throughout the 1980's and 1990's. In recognition of this achievement they were presented with which award in 2001?

INXS was inducted into the Australian Recording Industry Association (ARIA) Hall of Fame on 30 October 2001. Over their career they won several ARIA and Countdown awards, including the ARIA for Best Group which they were awarded three times.
8. The video for the 1987 release "Mediate" deliberately copied which Bob Dylan video?

The video was a deliberate copy of Dylan's "Subterranean Homesick Blues" right down to the deliberate errors. In September 1988 INXS were the big winners at the MTV Video Music Awards awards, winning in no less than five categories for
"Need You Tonight/Mediate".
9. Which song from the album "Elegantly Wasted" was used in a promotion for the 1997 film "Face/Off"?

"Elegantly Wasted" was the tenth and final album with Michael Hutchence as the lead singer. In was released in April, 1997 and Michael Hutchence was found dead in a Sydney Hotel room later that year. The lyrics of "Don't Lose Your Head" are reputed to refer to Liam Gallagher from Oasis with whom Hutchence had a long running feud.

After Hutchence died the single of this song was immediately withdrawn.
10. After Hutchence's death INXS went through a quiet period but in 2005 CBS presented a reality show to select a new lead singer for the band. What was this show called?

Rock Star: INXS had much the same formula as those reality shows where a singer was selected by Andrew Lloyd Webber to star in one of his musicals. Each week the contestants sang and the three who received the least public votes had to sing in a play-off to members of INXS. One was eliminated on their vote.

The winner of the contest was J D Fortune who was lead singer on the album "Switch". One of the tracks on it "Pretty Vegas" reached number 7 on Billboard. Fortune was later sacked from the band for cocaine use.
Source: Author Calpurnia09 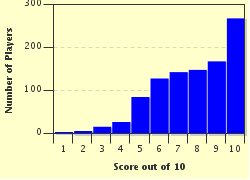 Related Quizzes
1. Name That INXS Song Average
2. XS of INXS Tough
3. For INXS Fans All Over the World - Pt 1 Tough


Other Destinations
Explore Other Quizzes by Calpurnia09