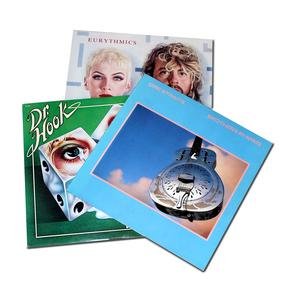 A mixture of lyrics, all from songs from the 1980s. Simply identify the song and artist! Most chart information is American, unless otherwise identified.


Answer: "Straight Up" by Paula Abdul

"Straight Up" was a certified-platinum single released in November 1988 and was a Billboard Hot 100 number one hit in February 1989. It was from Paula Abdul's first album, "Forever Your Girl". Abdul choreographed the music video herself, and it won four MTV Video Music Awards, including Best Choreography. It was also the first ever winner in the Best Dance Video category.
2. Which song's second verse has these lyrics? "I was working as waitress in a cocktail bar - that much is true. But even then I knew I'd find a much better place, either with or without you".


Answer: "Don't You Want Me" by The Human League

"Don't You Want Me" was from the band's album, "Dare", and was released as a single in November 1981. It was number one on the Billboard Hot 100 in July 1982; it was number one in the UK a few months earlier. The band's singer Philip Oakey has been quoted as saying that the song is overrated and that he believed it would never be well-liked; he was amazed that it became the group's biggest commercial success.

It's been used in several different advertising campaigns, including for Chips Ahoy cookies (in 2007) and Swiffer mops (2009).
3. "You're making me go, you're begging me stay. Why do you hurt me so bad? It would help me to know, do I stand in your way, or am I the best thing you've had? Believe me, believe me, I can't tell you why, but I'm trapped by your love and I'm chained to your side" is a verse in which of these songs?


Answer: "Love is a Battlefield" by Pat Benatar

"Love is a Battlefield" was released as a single in October 1983 and was included on Benatar's 1983 live album "Live from Earth". It was her most successful song on the charts, making the top five on both the Billboard Hot 100 and Billboard's Mainstream Rock Tracks. Benatar won a Grammy in 1984 for Best Female Rock Vocal with the song, as well as an MTV Video Music Award for Best Female Video.
4. What song do the following lyrics belong to? "All I know is that to me, you look like you're lots of fun, open up your loving arms, I want some."


Answer: "You Spin Me Round (Like A Record)" by Dead or Alive

From the 1985 album "Youthquake", "You Spin Me Round" was released as a single in November 1984, before the album came out. It was a number one hit in the UK (on the UK Singles chart) in March 1985, and charted in the United States later that year, just missing the top ten on Billboard Hot 100.

It also made number five on the UK Singles chart when it was re-released in 2006, after Pete Burns (Dead or Alive's lead singer) competed on "Celebrity Big Brother (UK)".
5. The following lyrics belong to which song from an '80s movie? "Watching in slow motion in this foolish lover's game. Haunted by the notion, somewhere there's a love in flames. Turning every turn to some secret place inside. Watching in slow motion as you turn my way and say..."


Answer: "Take My Breath Away" by Berlin

The song was featured in the 1986 Tom Cruise movie "Top Gun". It won for Best Original Song at both the Oscars and the Golden Globes in 1986. It was number one in the United States (Billboard Hot 100) and in the United Kingdom (UK Singles chart) in the fall of 1986.

The most well-known cover version of "Take My Breath Away" is probably Jessica Simpson's version recorded for her 2004 album "In This Skin". Her version charted in the US, but only did moderately well.
6. "Well I guess it would be nice if I could touch your body. I know not everybody has got a body like you. But I gotta think twice before I give my heart away. I know all the games you play, because I play them too." Which song starts with these lyrics?

"Faith", released as a single in October 1987, comes from the 1987 album of the same name, which was George Michael's first solo album (he previously recorded as part of Wham!). The song was number one in the US and number two in the UK, and was also, according to Billboard magazine, the top-selling single in 1988.

The "Faith" album was also number one in the US, and the UK as well. The song was covered by rock band Limp Bizkit in 1997, for their album "Three Dollar Bill, Y'all".
7. Which '80s rock song contains the following lyrics? "She's got eyes of the bluest skies, as if they thought of rain. I'd hate to look into those eyes and see an ounce of pain. Her hair reminds me of a warm safe place where as a child I'd hide and pray for the thunder and the rain to quietly pass me by."

"Sweet Child O' Mine" was the third single off of Guns N' Roses' 1987 debut album "Appetite for Destruction", after "It's So Easy" and "Welcome to the Jungle". "Sweet Child" was released as a single in August 1988 and became the group's only number-one hit in the United States, on the Billboard Hot 100. Axl Rose wrote the lyrics about his then-girlfriend (later wife), Erin Everly.

The song has received various accolades, such as placing on lists like "100 Greatest Guitar Solos" ("Guitar Player" magazine) and "The 500 Greatest Songs of All-Time ("Rolling Stone" magazine).

The song was re-recorded in 1999 by some new members of GNR, with vocals done by Sheryl Crow, for the film "Big Daddy". The recording earned a Crow a Grammy for Best Female Rock Vocal Performance.
8. Which song contains these lyrics? "She said, 'Come on baby, I've got a license for love. And if it expires, pray help from above'. In the midnight hour, she cries, 'More, more, more...'"

"Rebel Yell" was a single released off of Billy Idol's 1983 album, also called "Rebel Yell". A re-release of the song cracked the top ten on UK charts, and also reached number nine on Billboard's Mainstream Rock Tracks (but did not place nearly as highly on the Hot 100).

The "Rebel Yell" album, however, reached number six on Billboard's 200 Albums chart. The song was apparently inspired by a bottle of Rebel Yell bourbon whiskey, as revealed by Billy Idol himself in a VH1 special.
9. "The one you warned me all about, the one you said I could live without. We're in an awful mess, and I don't mean maybe" is part of a verse from which song by one of the most famous female singers in the world?

"Papa Don't Preach" was a single off of Madonna's third album, "True Blue" (1986) and was her fourth number-one single in the United States, on the Billboard Hot 100 chart, and also charted on several other charts. It was also number-one on several charts in Europe, including in the United Kingdom.

The music video was also nominated for a few MTV Video Music Award, and won for Best Female Video.
10. "Was it something I said or something I did, did my words not come out right? Though I tried not to hurt you, though I tried... But I guess that's why they say..." is a verse from which famous '80s power ballad?


Answer: "Every Rose Has Its Thorn" by Poison

"Every Rose Has Its Thorn" was a 1988 single for Poison, from their album "Open Up and Say... Ahh!". It was the band's only number-one single, in the US, reaching the top spot on the Hot 100 chart at the end of 1988, and remaining there into 1989. Being their most successful and probably most well-known song, it is also included on several other compilation and live albums.

In Eustace Flenderson's biography of Poison, lead singer and songwriter Bret Michaels was quoted as saying that he wrote the song quickly after finding out that his then-girlfriend was cheating on him.

He was also quoted as saying that by "rose", he meant female genitalia.
Source: Author guitargoddess 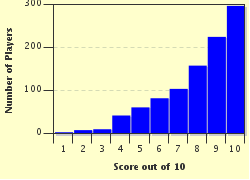