This quiz will test how well you know the Eagles songs. I will give the lyrics, then you tell me what song it is.

Quiz Answer Key and Fun Facts
1. "Looking for a lover, Who won't blow my cover, She's so hard to find."

These lyrics come from, 'The Long Run,' 1980. Henley and Frey wrote this song.
3. "She rushes to his arms, they fall together, she whispers that it's only for a while."

The word 'she' is in this song 22 times!
4. "All alone at the end of the evening and the bright lights have faded to blue."


Answer: Take it to the Limit


Answer: One of these Nights

This song was recorded in 1975.
6. "Relax," said the night man, "We are programmed to receive You can check out anytime you like but you can never leave."

The Hotel California is a real bed and breakfast located in (you guessed it) California, USA.
7. "He had a nasty reputation as a cruel dude She said he was ruthless said he was crude."


Answer: Life in the Fast Lane

From the album, 'Desperado' 1973. Henley and Frey wrote this one, as they did many others.
9. "Somebody's gonna hurt someone, before the night is through"

This song comes from, 'The long run,' album, Oct, 1980. Henley, Frey, Seger and Souther were the authors of this song.
10. True or False: These Lyrics,"I heard about you and that man there's just one thing I don't understand," are from the song, "Heartache tonight."

These lyrics are from a song called, "Victim of love."
Source: Author emusaurus 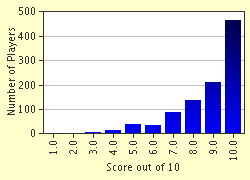 
Other Destinations
Explore Other Quizzes by emusaurus