This is a quiz for every Rolling Stones fan on the history of the band. Good luck, and have fun!

Quiz Answer Key and Fun Facts
1. The name "The Rolling Stones" was inspired by a Muddy Waters song.

The band was named after the Muddy Waters song "Rolling Stone Blues".
2. Who was NOT an original Rolling Stone?

While the Stones played "Under My Thumb" six Angels stabbed and killed Hunter. Altamont was also the site of the first live performance of "Brown Sugar".
4. Who replaced Brian Jones after his 1969 death?

Mick Taylor was with the Stones from 1969 until 1975, when he was replaced by Ron Wood.
5. Which album cover art featured a pair of jeans?

The Rolling Stones were founded by Brian Jones.
7. "Jumpin' Jack Flash" never reached No. 1 on the US Billboard Hot 100.

It reached No. 3 in the US, and No. 1 in the UK.
8. When the Rolling Stones made their first public appearance on July 12th, 1962, Charlie Watts was the drummer.

At their first public appearance, the only Stones that appeared were Ian Stewart, Brian Jones, Keith Richards, and Mick Jagger. Dick Taylor played bass, and Mick Avory played the drums.
9. The first Rolling Stones album was:

"Aftermath" (April 1966) was the first album to have all songs composed by Jagger and Richards.
Source: Author jamesgrascoff 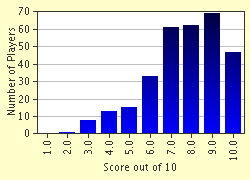 
Other Destinations
Explore Other Quizzes by jamesgrascoff