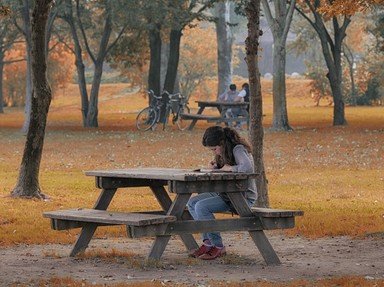 The information for this quiz is sourced from "Agatha Christie: An Autobiography", which Christie began to write in 1950 and finished 15 years later, when she was 75 years old.

Agatha Christie's birth name was Agatha Mary Clarissa Miller. She was born on 15 September 1890. In her autobiography she explains, "I was called Mary after my grandmother, Clarissa after my mother (Clara), and Agatha as an afterthought, suggested on the way to the church (for her christening) by a friend of my mother's who said it was a nice name". Boehmer was her mother's maiden name and Christie became her name by virtue of her first marriage.
2. Agatha was the youngest of three children for her parents, Clara and Frederick. What were the names of her siblings?

Agatha Christie had two older siblings - Margaret or Marjorie Frary ("Madge") and Louis Montant ("Monty"). Madge's real name is uncertain as some sources say Margaret and others say Marjorie. Agatha Christie did not mention Madge's real name in her autobiography. However, given that Agatha's mother was raised by her aunt Margaret, it is likely that the Millers named their firstborn daughter after her. According to Agatha Christie, she herself was named after her maternal grandmother, and Monty was named after his father's greatest friend in America, so it is logical that Madge was also named after someone.

When describing her childhood, Agatha Christie stated that she remembered little of her brother and sister and she presumed this was because they were away at school, whereas she herself was home-schooled.

The incorrect answers are all character names from her novels. Thomas and Prudence are Tommy and Tuppence Beresford (who appear in four novels and a book of short stories). Letitia and Charlotte were the Blacklock sisters from "A Murder is Announced" and Arthur and Dulcie were Captain Hastings (Poirot's "Watson") and his wife.
3. Which family member encouraged Agatha to start writing stories?

Agatha Christie was encouraged to begin her writing career by her mother, Clara, when she was bored, lying in bed recovering from influenza and, as Agatha stated in her autobiography, "when my mother suggested doing anything one practically always did it". Her first story was called "The House of Beauty", which she typed out on her sister Madge's old typewriter. She said it was "no masterpiece but I think on the whole that it is good".

Agatha Christie's grandmothers, Mary Ann and Margaret, were sisters. Clara was Mary's daughter but she was raised by her Aunt Margaret. Margaret was stepmother to Agatha's father, Frederick, so Frederick and Clara were related by marriage, but not by blood. "Since my father had married the niece of his stepmother (his American father's English second wife), and since he called her Mother, whilst his wife continue to call her Auntie, she was usually known officially as Auntie-Grannie".
4. What type of work did Agatha Christie do during World Wars 1 and 2?

Agatha and Archie Christie married in December 1914, shortly after the outbreak of World War 1. Agatha's contribution to the war effort involved working in Torquay, at first as a nurse, and then as a dispenser after qualifying as an assistant apothecary. During World War 2, she worked in London at the University College Hospital's pharmacy.

This work gave her the expertise in poisons that was frequently utilised in her novels, plays and short stories. Murder by poison was the theme of more than half of her works.

She once said "Give me a decent bottle of poison and I'll construct the perfect crime".
5. What was Agatha Christie's first published detective novel, the one which introduced Hercule Poirot to the world?


Answer: The Mysterious Affair at Styles

In her autobiography, Agatha Christie wrote: "I had had some nice reviews for "The Mysterious Affair at Styles", but the one that pleased me best appeared in "The Pharmaceutical Journal". It praised 'this detective story for dealing with poisons in a knowledgeable way, and not with the nonsense about untraceable substances that so often happens. Miss Agatha Christie', they said, 'knows her job'."

"The Secret Adversary" was Agatha Christie's second novel, which introduced Tommy and Tuppence Beresford. "Murder at the Vicarage" introduced Miss Marple and "Parker Pyne Investigates" introduced Ariadne Oliver and Miss Felicity Lemon. (Parker Pyne had previously appeared in a number of short stories published in the "Strand Magazine").
6. Agatha's first marriage to Archibald (Archie) Christie lasted from 1914 to 1928. How did the marriage end?


Answer: Archie was unfaithful and asked Agatha for a divorce

Agatha Christie was very open about the breakdown of her first marriage in her autobiography. She related how Archie asked her for a divorce because he had fallen in love with someone else but she did not mention her rival's name (Nancy Neele). The trauma of the marriage breakdown triggered her famous disappearance but she omitted all mention of that as well.

In December 1926, Agatha Christie went missing for eleven days and was subsequently found at a hotel registered under the name of "Mrs Tressa (or Teresa) Neele". Agatha Christie was very reticent to speak about the incident so the full story will likely never be known. On the rare occasion that she did speak of it, Christie attributed it to a bout of temporary amnesia caused by a blow to the head.

The general consensus of opinion is that she was deeply depressed and wanted to punish her husband for the pain he had caused her.
7. In 1930, Agatha Christie married again, this time for life. Who was her second husband?

Agatha Christie married Max Mallowan in 1930. He was nearly 14 years her junior but their marriage was apparently a happy one. In her autobiography, Agatha described how Max's proposal took her by surprise as she had only thought of him as a friend. She was initially reluctant, being conscious of the age difference, but Mallowan eventually wore her down. They remained married until Agatha's death in 1976. Max died two years later in 1978.

Sir Max Mallowan was a well-known British archaeologist. Agatha accompanied her husband on several digs in the Middle East and used the knowledge she gained in a number of her works, including "Come, Tell Me How You Live", "Death Comes as the End", "Appointment with Death" and "Murder in Mesopotamia".

The incorrect answer options are other well-known British archeologists.
8. In addition to her novels and short stories, Agatha Christie wrote over 20 stage plays. Which of her plays ended its record-breaking +67-year run because of the Covid-19 (coronavirus) pandemic?

"The Mousetrap" opened in London's West End on 25 November 1952. It was continuously performed until 16 March 2020, when the Covid-19 (coronavirus) pandemic brought its 67+-year run to a halt. In her autobiography, Agatha Christie stated that she told Peter Saunders (theatrical producer of "The Mousetrap") that "It won't run that long. Eight months perhaps".

She went on to say that, at the time of writing her autobiography, it seemed incredible that the play had gone on for 13 years and declared it a miracle. I wonder what she would say if she knew that its run exceeded 67 years.

She gave the rights to the play to her grandson, Mathew Prichard.
9. Under what pseudonym did Agatha Christie write non-detective fiction?

In her autobiography, Agatha Christie wrote, "What I wanted to do now was to write something other than a detective story. So, with a rather guilty feeling, I enjoyed myself writing a straight novel called "Giant's Bread"...It was well reviewed and sold reasonably for what was thought to be a "first novel". I used the name Mary Westmacott, and nobody knew that it was written by me. I managed to keep that fact a secret for 15 years".

"The Secret Adversary" was Agatha Christie's second novel and the first to feature Tommy and Tuppence Beresford; it was published in 1922.
Source: Author MotherGoose