All are famous in some way and known by the first name of Dan, Danny, or Daniel.

Quiz Answer Key and Fun Facts
1. This prominent American statesman and senator from Massachusetts was in office from 1813-1817 and from 1823-1827. A member of a powerful trio known as the "Great Triumvirate," what is his name?

The "Great Triumvirate" also consisted of John C. Calhoun and Henry Clay, both prominent senators. Webster practiced law before entering politics as a member of the House of Representatives in Massachusetts and New Hampshire, his home state. As well-versed as he was in constitutional law and as successful as he was as a politician, his attempts at running for office of President of the U.S. were unsuccessful.

He died in 1852 after a fall from a horse.
2. He directed the Academy Award winning film "Slumdog Millionaire" in 2008 and won an Academy Award as Best Director for his efforts. Name this talented director and producer.

Danny Boyle was born in England to Irish parents. In 1996 he received the "Best Newcomer Award" from the London Film Critics Circle for his first film "Shallow Grave." Boyle has also directed "28 Days Later" and "Trainspotting." He wrote, produced, and directed the movie "127 Hours" which was based on a true story.
3. Considered to be one of the greatest quarterbacks of all time, which Dan played for the Miami Dolphins and led his team to the playoffs ten times during his seventeen-year career?

Marino was drafted by the Kansas City Royals in 1979 but chose to play college football instead. He eventually signed on with the Dolphins where he broke records, including the record for the most touchdown passes which he held for twenty years only to be surpassed by Peyton Manning in 2004 and Tom Brady in 2007. On September 17, 2000, Marino's number 13 was retired.

In 2005 he was inducted into the Pro Football Hall of Fame.
4. One of England's great thespians, this actor spent a year preparing for the role of Abraham Lincoln. He won a Best Actor Oscar in 2013 for his portrayal of Lincoln. Who is this award-winning actor?

Day-Lewis is known for staying in character throughout film shoots. He studied drama at the Bristol Old Vic, which turned out other greats such as Jeremy Irons, Patrick Stewart, and Miranda Richardson. In 1996 he married Rebecca Miller, the daughter of playwright Arthur Miller, famous for his plays "Death of a Salesman" and "The Crucible."
5. This American author wrote the hugely successful novels "The Da Vinci Code" and "Angels and Demons," both of which were made into movies. Who is this popular author?

His first novel, "Digital Fortress'" was published in 1998 but it wasn't until the publication of "The Da Vinci Code" in 2003 that Brown's popularity grew.
6. Born Amos Muzyad Yakhoob Kairouz in Michigan to Lebanese immigrant parents, this actor, comedian, and philanthropist founded St. Jude's Children's Research Hospitals. By what name is he better known?

Danny Thomas made a few movies before he hit it big on television. His successful TV sitcom "Make Room for Daddy," later renamed "The Danny Thomas Show," ran for 12 years during the 50's and 60's. He founded St. Jude's Hospital as the result of a promise he made to himself early in his career: if he became successful he would dedicate a memorial to St. Jude, patron saint of lost causes.

The St. Jude hospitals became that memorial.
7. Who was the 18th century frontiersman and explorer who became an American folk hero?

Daniel Boone was many things in his lifetime: merchant, surveyor, militia officer, and member of the Virginia General Assembly during the Revolutionary War. His exploits as an explorer and hunter were legendary. He was one of those larger-than-life characters who was destined to become a legend. James Fennimore Cooper's novel "Last of the Mohicans" is a fictionalized account of Boone's rescue of his daughter, Jemima, from Native American captivity.
8. He's an American Emmy-winning sportscaster and co-anchor of "NBC's Football Night in America." Which Dan is he?

Dan Patrick is not only a sportscaster, he is an actor and senior writer for 'Sports Illustrated' magazine. He was sports reporter for CNN, anchor for ESPN's SportsCenter, and, in his spare time, covered the 2010 Winter Olympics. He is currently host of the 'Dan Patrick Show' on ESPN Radio.
9. He stands only five feet tall but this actor is multi-talented. He starred in the TV comedy series "Taxi" as Louie De Palma. Who is he?

Danny DeVito not only acts but produces and directs films as well. He is known mainly as a comedic actor but has taken a turn at dramatic roles in films such as "Hoffa" and "The Rainmaker." He is married to actress Rhea Perlman.
10. For all you Harry Potter fans, I would be remiss if I didn't include this famous Daniel who has played the role of Harry since the beginning. Name this actor.

This young man has gone on to play adult roles in films such as "The Woman in Black" and "Kill Your Darlings." Before he shot to fame as Harry Potter, Daniel starred in a TV adaptation of "David Copperfield" and the film "The Tailor of Panama." He also starred in the stage play "Equus" when he was seventeen years old.

The play is known for its nude scene. Perhaps Daniel felt it was time for more grown-up roles.
Source: Author nmerr 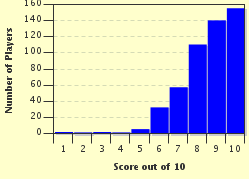 Related Quizzes
1. Why Are They Famous? Very Easy
2. Who Am I ? Average
3. Yesterday's Man Average
4. Who's the Baddest? Average
5. Historical Stick Figures on Cue Cards Easier
6. Ordinary People Easier
7. They Didn't Let A Wheelchair Slow Them! Easier
8. Jackies of all Trades Easier
9. Shy, Not Retiring Easier
10. Weddings, Beddings, and Beheadings Tough
11. The Day I Got a Pink Slip Easier
12. Eponyms for Cities Very Easy