No subject seems to be more attractive than 'gossip' about the love-lives of others. Especially celebrities and royals get our full attention. This quiz deals with some of the 'love scandals at the European courts' in the last five centuries.

Quiz Answer Key and Fun Facts
1. Who was the English King who had ONE Jane, TWO Annes and THREE Catherines as wives?

Among his girl-friends there was the elder sister of Anne Boleyn, Mary, and also another Anne, Anne Hastings and another Jane, Jane Popincourt.
2. Whom did Queen Elizabeth I refer to when she said: 'I put up with much disrespect (from him) but I warned him that he should not touch my sceptre.'?


Answer: the 2nd Earl of Essex

Raleigh introduced tobacco into English society, and in doing so can be held responsible for the 'cigarette after' tradition. Dudley's wife was found dead at the bottom of the stairs, rumour had it that this had been an arranged accident. As to the Duke of A. , Elizabeth kept him hanging on a string from 1558 to 1583.
3. Which of these husbands or (supposed) lovers of Mary Stuart, Queen of Scots died the first ?


Answer: Francis, the King of France

Francis died in December 1560. Rizzio,died in March 1566. Darnley had engineered the murder of Rizzio,and died himself on Febr. 9, 1567. Darnley's assassination had been set up by the Earl of Bothwell, who later became Mary's third husband. He died on April 4, 1578, at Dragsholm, Sjaelland, Denmark. Mary herself was executed in Fotheringay Castle, in 1587.She was 44 years old.
4. Which English King had 'favourites' such as Robert Carr, the Earl of {Somerset;George} Villiers, the Duke of {Buckingham;Lord} Henry Howard , the Earl of Northampton and Esme Stuart,Lord Aubigny?

James was married to Anne of Denmark. Esme Stuart had already enjoyed the favours of Henry III of France. The Countess of Shrewsbury had an affair with George Villiers.
5. Who was married to Catherine of Braganza, had 14 illegitimate children and shared one of his mistresses with Louis XIV, the Sun-King?

Charles certainly was not a heartless man and on his deathbed he still had a loving thought for 'poor Nell '(Gwynne) who he visited via what is nowadays King's Road in London. He also took kindly to Lord Henry Jermyn. Well, he was a Merry Monarch indeed.
6. Which of these was the 'official' wife of Louis XIV ?

The Marquise of Montespan certainly was a very enthusiastic royalist as she gave King Louis no fewer than nine (illegitimate) kids.
7. Which of these women was Louis XV supposed to be faithful to as she was his only legitimate wife?

8. Madame du Barry might certainly be seen as a French version of the American dream , in making a career from a very humble position in society to becoming the King's very own darling.What had been her original profession?

9. Louis XV first met Mme de Pompadour at a Masked Ball. As what was the King disguised?

As Royalty did not have to work that much , they probably bored themselves stiff. So their imagination often must have run off track.
10. Which English King did NOT invite his legitimate wife to his own Coronation because he was involved in trying to get her divorced, on grounds of generalised misbehaviour, throwing wild parties in her own palace at Blackheath, pretending she had an illegitimate child, touring the courts of Europe in search of lovers and in short an extreme form of nymphomania ?

The ex-Prince Regent, not an angel himself, had been pushed by his daddie into marrying a woman he detested.George IV had been given the choice: marrying Caroline of Brunswick or paying his many debts himself. The attempt to have the House of Lords grant him a divorce was a blunder.For 40 days the House listened to all the items of misdemeanour Caroline was charged with, and then...decided that the King should have known better beforehand and refused the divorce.The plump German princess at once became a kind of national heroine, as the common people utterly disliked the spendthrift George IV had been when he still was the Prince Regent.
11. Sarah Bernhardt, the Parisian actress, counted various Royals among her 'close friends'. Which of them did she even persuade to play the part of a corpse in her play 'Fedora' ?

12. Which of the Hanoverian Kings was nicknamed the 'First Gentleman of Europe', was given to drinking and gambling, was an intimate of Beau Brummel, spent large sums of money on rebuilding certain parts of London and on an Eastern style Royal Pavilion in Brightonand had a Mrs Fitzherbert as favourite girl-friend?

Mrs Fitzherbert (sometimes called Mrs Fitz George)was the most caring of a long list of 'close friends' such as :Mrs Robinson, Miss Crouch, Lady Hertford, Lady Jersey, Lady Melbourne ..His other nickname was Prinney.
13. Who was the famous red-haired woman born in 1853 on the island of Jersey that helped Edward VII entertain himself while he had to wait to become King till his mother Queen Victoria finally left him the throne when he was 60 already?

A quote from her was: 'Men are born to be slaves.'
14. Not a King, but first a President of France and later the Emperor of France was Napoleon the Third.Very bad at foreign affairs, moderate at home affairs he was excellent at affairs of the heart.Among the very long list of women that were very dear to him, there was one Lady Blessington who also had been the beloved of a famous (or is it infamous?) English author.Who was that author?

Lady Blessington was just one in another long list of Byron's darlings . Lord Byron's 'conquests' included: Aurora Leigh, Countess Teresa Guiciolli, Caroline Lamb,Claire Clairmont. And that 's certainly not an exhaustive list, nor is it the 'only list' that should be made to describe Byron's 'loves and love-affairs'.
15. The power of women over men being what it is, it can hardly be a surprise that some Royals even completely quite a bit of their dignity over some of their sweethearts. One such case was the King of Bavaria, Ludwig I, who lost his heart to Lola Montez, an Irish-born femme fatale. He was not the only one to have enjoyed her favours however.Many artists and writers had. Who in this list of four is an exception?

Dumas was the author of 'The Count of Monte Christo', 'The Three Musketeers' and 'The Man in The Iron Mask'. Hugo is of course the author of the 'Hunchback of Notredame' and 'Les Miserables'. Twain was probably too level-headed to be infatuated with such a clear case of a public danger as Lola Montez.
Source: Author flem-ish 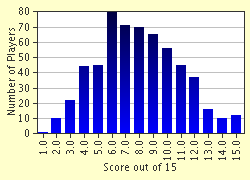