Artists often walk that thin line between genius and insanity. Here are a few questions about some famous and some not-so-famous artists who were known for their skills as well as their eccentricities.

Quiz Answer Key and Fun Facts
1. Paul Gauguin was an eccentric painter who is known as a leader in which of the following artistic movements?

Gauguin struggled against life-long issues with alcohol, self-destructive behavior and thoughts of suicide. While fighting these personal issues he developed a love for Polynesian cultures, which can be seen in many of his paintings. He had problems with hoarding and occasional agoraphobia. Gauguin was rumored to have had relations with some of prepubescent Polynesian girls featured in many of his works.

He died at the age of 54 of a morphine overdose, having suffered for many years from syphilis.
2. In 1973 the world lost which one of the following men who was known as the father of the Cubist movement and was known for his countless liaisons?

Picasso was known for his lavish parties and the reckless abandon with which he had love affairs. The respect and admiration lavished upon him during his lifetime led to a bit of narcissism. A true pacifist, he was known to have written over 300 poems between 1935 and 1959. His sometimes abusive treatment of women and ranting fits of rage increased as he got older.
3. Which of these artists was left handed, had multiple tics, and was known to wear his hair and beard long and flowing at a time when this was out of fashion?

Many things about da Vinci's life have been left clouded in mystery. While opinions have changed drastically with time, rumors of affairs with his young male models were looked up as deviant behavior at the time that he lived. He was also known to wear brightly colored clothing and wild hair was also looked at with suspicion. And as the old saying goes, "There is a thin line between genius and insanity".
4. Which of these artists led a bizarre life marked by long periods of isolation, religious fervor and worked as a janitor for over 40 years at a Catholic hospital?

Henry Darger (1892-1973) was an unusual man who lived a very 'ritualistic' life that included attending Catholic mass five times a day. He was known to wander the streets picking up litter and keeping anything that he thought had value. His work was discovered only after his death in 1973. During his lifetime he produced a huge array of sketches, watercolors, and illustrations of playing children.

His masterpiece is a single-spaced fantasy manuscript complete with illustrations that was over 15,000 pages long and has the unusual name of "The Story of the Vivian Girls, in What is known as the Realms of the Unreal, of the Glandeco-Angelinian War Storm, Caused by the Child Slave Rebellion".

He is known as an "outsider artist".
5. Salvador Dali comes to mind whenever one thinks of eccentric artists. That said, which one of these animals did he keep as a pet?

Flamboyant and extroverted, Salvador Dali lived his life by his own norms completely unencumbered by the preconceived notions that tend to rule the rest of the world. He surrounded himself with the finer things in life and kept an ocelot as a pet for years.

He was known to appear in public in brightly colored capes, sporting large gaudy jewelry and walking sticks. He was also known to keep the pen of anyone who asked him for an autograph!
6. Which of these celebrated Renaissance artists was known for his wild temper tantrums, his tics, and his refusal to bathe?

Michelangelo di Lodovico Buonarotti Simoni (aka Michelangelo) enjoyed respect and recognition during his lifetime, a feat that is often a rarity for artists. He was known for his foul-mouthed screaming rampages at his artwork, especially his sculptures and was known to hit them.

He was said to have slept with his shoes on, lived in squalor, and very rarely bathed or changed his clothing. He ate and drank only when it was absolutely necessary. His self-imposed social exile and possible depression can be seen in the themes of much of his artwork.
7. 20th century artist Andy Warhol was known for his unusual peccadilloes as well as for designing the cover of which 1971 music album by The Rolling Stones?

Andy Warhol was an American painter and printmaker who marched to his own drum. A well-known hypochondriac he is also suspected of having suffered from obsessive-compulsive disorder. For a while in the 1960's he lived in an aluminum foiled lined studio in New York City. An attempted assassination changed his life and his art for the rest of his life.

His will bequeathed his huge estate to create a foundation dedicated to advancing and supporting the arts. Warhol collected many things and after his death, it took the auction house Sotheby's nine whole days to auction off his estate.

His artwork appeared in various places including the 1971 album "Sticky Fingers" by the Rolling Stones.
8. Adolf Wölfli was an Austrian artist who hid from the Nazis in a small room in Vienna, which he subsequently did not leave for over 50 years.

Adolf Wölfli (1864-1930) was not Austrian but Swiss and spent most of his adult life in a psychiatric hospital in Bern. He was psychotic and suffered from severe hallucinations. Drawing with a pencil helped calm him down. His artwork was very intricate, complex, and powerful.

In 1908 he attempted to create a semi-autobiographical epic, which when finished was over 45 volumes in length and contained over 1,600 illustrations. In his story he changes from a child into a king. When not drawing, this tortured soul was lost in his own personal hell. Enter his name in any search engine to see some truly unusual artwork.
9. Artist Marcel Duchamp (1887-1968) submitted a simple urinal as a piece of art in the 1917 Society of Independent Artists exhibition.

While Duchamp did submit the urinal, complete with the letters "R. Mutt" to this exhibition, but it cannot be proven that it was actually displayed. The name of this artwork was "Fountain". Many of Duchamp's works were what he called "readymades". Duchamp's work was not well known until he reached the age of seventy. Duchamp made his art to satisfy himself and no one else. One of his more noted works depicts the Mona Lisa with a moustache and beard. Most of his work is displayed in the Philadelphia Museum of Art.
10. Vincent Van Gogh might be considered a poster child for the eccentric, misunderstood artist. What is usually said to have been the cause of his death?


Answer: He shot himself in the chest

Dutch post-Impressionist Vincent Van Gogh suffered from severe mental illness throughout most of his life. It is speculated that he suffered from paranoid schizophrenia and bouts of severe depression. In his short career, despite suffering periods of time when his illness kept him from painting, he was a very prolific artist.

He was known to have longs bouts of sobbing and periods of catatonia. According to most historians, Van Gogh ended his tortured life at the age of 37 with a self-inflicted gunshot to the chest.
Source: Author dcpddc478 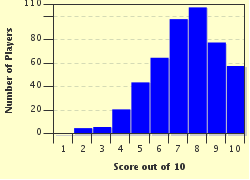 The first Amazing Race was truly amazing! Here are all the quizzes produced by team Kaffeklatsch (Daaanieeel, dcpddc478, James25, reedy) for the race.