Jobs in the Bible Trivia Quiz

Match these people from the Bible with the occupations they held. Note: An answer may fit for more than one question but there is only one complete solution.

Andrew and his brother, Simon were the first men called by Jesus to be his disciples. They were fishermen and Jesus promised to make them 'fishers of men'.
2. Zacchaeus

Zacchaeus is mentioned in the Gospel of Luke. He was the chief tax collector in Jericho. Being a short man, he climbed a sycamore tree to see Jesus when the latter visited the region. Jesus called him down from the tree and then proceeded to dine with him. Transformed by the experience, Zacchaeus promised to return four times the amount he had cheated out of people and give half of his possessions to the poor.
3. Joseph

Joseph was a carpenter by trade. He was betrothed to Mary when she conceived by the power of the Holy Spirit. He had decided to quietly divorce her when the angel Gabriel appeared to him and told him to accept her as his wife. He obeyed.
4. Zechariah

Zechariah belonged to the tribe of Levi and was a priest. The angel Gabriel appeared to him when he was burning incense to God and foretold the birth of a son to him whom he was to name John.
5. Nimrod

Nimrod was the great grandson of Noah from his son Ham. He was the king of Shinar, and the book of Genesis describes him as "a mighty hunter before the Lord".
6. Nehemiah

A cup-bearer was a highly ranked official whose duty was to serve drinks at the royal table. Nehemiah was a cup-bearer in the court of King Artaxerxes.
7. Elijah

Elijah was a prophet during the reign of King Ahab and his wife Jezebel. He once challenged all the prophets of Baal to test the powers of their deity against that of the God of the Israelites. Both sets built altars and then prayed for fire from heaven to set them alight. The priests of Baal prayed from morning to evening but were unable to call down fire.
8. David

David was the youngest son of Jesse, and was tending sheep when the prophet Samuel came to anoint him as the future king of Israel.
9. Solomon

Solomon was the son of David and Bathsheba. He was chosen by David to succeed him. Solomon prayed to God for an understanding heart to rule wisely and justly. God was pleased with his request and added riches to him.
10. Cain

Cain was the oldest son of Adam and Eve. He was a farmer and brought fruits and vegetables from his produce as an offering to God. When God preferred the offering made by his younger brother Abel, Cain killed Abel in a fit of jealousy, becoming the first murderer in the Bible.
Source: Author zorba_scank 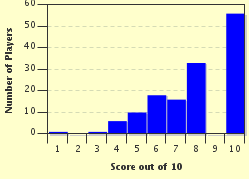