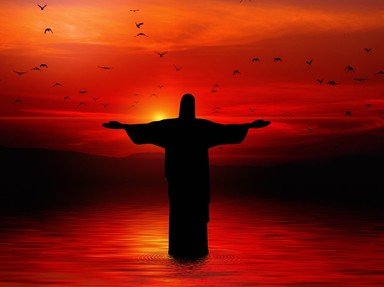 The Bible Books of I and II Samuel Quiz

This is a quiz based on the Bible books of I and II Samuel. All answers are based on the NIV version of the Bible, although the answers will still make sense if you own a different type. Good Luck!

Quiz Answer Key and Fun Facts
1. One of the following people did not get his head cut off. Which was the lucky person?

David cut Goliath's head off after he killed him with a sword and stone. He used Goliath's own sword. This can be found at I Samuel Chapter 17 verse 51.

This is found in II Samuel chapter 13, verses 28 to 29. When Amnon got drunk from drinking wine, Absalom ordered his men to strike Amnon down. Both Absalom and Amnon were David's sons, and Absalom hated Amnon because he had disgraced their sister Tamar.
3. Who was David's father?

David was the youngest of the sons of Jesse. He was chosen by God himself to be the king of Israel. Samuel first thought that another one of Jesse's sons, Eliab, was the one that God chose, but God rejected him, telling Samuel, "Man looks at the outward appearance, but the Lord looks at the heart." God choosing David as king can be found at I Samuel chapter 16, verses 1 to 13.
4. In I Samuel chapter 18, what did Saul throw at David to try and kill him?

I Samuel chapter 18 verses 10 to 11 reads: "The next day an evil spirit from God came forcefully upon Saul. He was prophesying in his house, while David was playing the harp, as he usually did. Saul had a spear in his hand and he hurled it, saying to himself, 'I'll pin David to the wall.' But David eluded him twice".
5. Whose spirit did Saul ask the Witch of Endor to bring up in I Samuel chapter 28?

Saul was afraid because of the Philistines, who were attacking the Israelites. He enquired of God, but God did not answer, so he asked a medium to bring up Samuel's ghost. Samuel was angry at Saul because Saul had consulted Samuel after God had turned away from Saul.
6. What did David do to the Amalekite who brought him the news of Saul's and Jonathan's deaths in II Samuel chapter 1?


Answer: He killed him

David was thirty years old when he became king, and he reigned for forty years. This can be found at II Samuel chapter 5 verse 4.
9. What was the name of Bathsheba's husband, whom David sent out to war?

David saw Bathsheba bathing and he sent someone to find out about her. She became pregnant (with David as the father) while Uriah was at the war. David wanted Uriah to think that Uriah was the father, but Uriah wouldn't sleep with her. Thus, David sent him out to war at the front lines. This didn't please God. This can be found at II Samuel chapter 11 verses 1 to 27.
10. Who was the mother of Samuel?

Hannah was in great distress because she couldn't have a son. She prayed to God saying that, if God gave her a son, she would dedicate him to the Lord. God gave her a son and she named him Samuel. This can be found at I Samuel chapter 1 verses 1 to 20.
Source: Author Redwallcrazy 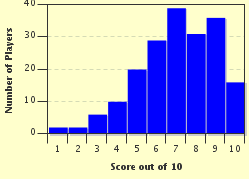 
Other Destinations
Explore Other Quizzes by Redwallcrazy

More Samuel (I and II) Quizzes