There were some good people in the Bible who erred and strayed on the wrong path at times. There were others who were just plain bad. This quiz features both types.

Quiz Answer Key and Fun Facts
1. Cain gained the ignominy of being the first murderer in the Bible when he killed his brother Abel out of jealousy. He was furious when God approved of Abel's offering over his. Which of these did Cain bring as an offering to God?

Cain was a farmer and brought the produce of his land as his offering. Abel was a shepherd and brought some of the firstborn of his flock to offer to God. God approved of Abel's offering over that of Cain driving the latter into a fit of rage.
2. Which of these men, regarded as one of the patriarchs of the Israelites, tricked his brother out of his birthright and their father's blessing?

Jacob and Esau were the twin sons of Isaac and Rebekah with Esau being the firstborn. In the first instance, Esau returned hungry from the fields to find that Jacob had cooked stew. When Esau requested for some of the food, Jacob agreed with the condition that Esau give his birthright in exchange. Since Esau was extremely hungry, he agreed to this bargain.

After Isaac had grown old, he called Esau and asked him to cook meat in Isaac's favourite style, such that after eating it, Isaac could bestow his blessing on Esau. While Esau was out hunting, Rebekah made Jacob get some of the lambs of their own flock which she cooked the way Isaac liked. She then made Jacob dress up in Esau's clothes and covered his hands and neck with goatskins to deceive Isaac. Thus, Jacob ended up with both the blessings that had been Esau's by virtue of him being the firstborn.

The ladder in the photo is a reference to a dream Jacob had while running away from Esau after his deception. He saw a vision of ladder descending from heaven, with angels going up and down it and heard God's voice telling him that he will receive many blessings.
3. Moses was called by God to free the Israelites and lead them to the Promised Land. On their journey through the desert, God also gave His people the Ten Commandments through Moses. Before these momentous events occurred in Moses' life, which of these sins was he guilty of?

Moses was found as a baby by Pharaoh's daughter and was brought up by her as her own child. However, he was aware that he was a Hebrew and not an Egyptian and watching his people suffer as slaves brought him much pain. Once when he saw an Egyptian beating up a Hebrew, he was unable to control himself and killed the Egyptian in a fit of rage.

He then ran away to Midian to escape Pharaoh's wrath where he eventually settled down after marrying Zipporah.
4. Aaron was the older brother of Moses and accompanied Moses as his spokesperson whenever he had to confront Pharaoh. Aaron was also regarded as the first High Priest of the Israelites. However, when Moses was away receiving the Ten Commandments from God, Aaron succumbed to pressure and created an idol for the people to worship. What kind of idol was this?

The Israelites were afraid that Moses wouldn't return and pressurized Aaron to create an idol for them to worship. Succumbing to their demands, Aaron collected gold from all the people and cast an idol of a calf for them. The people then offered burnt offerings to the idol. God told Moses of the sin being committed by the people and His intention to destroy them because of it. Moses pleaded with God on their behalf but was dismayed when he returned and saw them worshipping the idol.

In his anger, he threw down the tablets on which the Ten Commandments were written, breaking them.
5. David walked closely with God and had a deep, intimate relationship with him. He too slipped when he committed adultery with another man's wife and then had the husband killed in battle so that he could marry her. Who was this woman?

David was taking a walk along the roof of his palace when he happened to see Bathsheba, the wife of his soldier Uriah, bathing. He was attracted to her and ended up committing adultery with her while Uriah was away at war. After she became pregnant, David tried his best to get Uriah to come back home and resume marital relations with Bathsheba, thus assuming the child to be his when it was born. When his efforts failed, David ultimately got Uriah killed in the line of battle and then married Bathsheba.

God sent the prophet Nathan to help David realise his sin through the parable of a rich man owning flocks of sheep who takes away a poor man's only lamb. David was convicted of his sin after hearing this and repented and sought God's forgiveness.
6. In which book of the Bible would you find the story of Haman, a man who plotted to have all the Jews killed?

Haman was an important man in the court of King Ahasuerus (also known as Xerxes). When Mordecai, a Jew, refused to bow before him, he was filled with rage and plotted to have all the Jews killed as revenge. He obtained the king's consent to have all the Jews in the kingdom killed since they followed different customs, kept themselves separate from the others and did not show full obsequiousness to the king. Mordecai reached out to his cousin Queen Esther after hearing this. Endangering her own life, Esther went to speak to the king and pleaded for mercy for her people.

Incensed over Haman's treachery, the king allowed the Jews to defend themselves, since he couldn't legally overturn the previous ruling and had Haman hung from the very gallows that Haman had constructed for Mordecai's death.
7. Which of these Biblical queens encouraged the worship of Baal and other deities and persecuted the prophets of God?

Jezebel was the wife of King Ahab. Together, the couple encouraged the worship of idols like Baal and other deities while also persecuting the prophets of God who tried to stop them from leading the people astray. At one time, Elijah challenged all the prophets of Baal to show the people who the true God is. Elijah and the other prophets each set up an altar mounted with their sacrifices and called upon their God to accept the sacrifice by setting it on fire. The cries of the prophets of the pagan gods fell on deaf ears but when Elijah prayed, fire immediately consumed the sacrifice. This infuriated Jezebel and she vowed to have Elijah put to death. In the end, Elijah's prophesy came true and Jezebel was thrown out of a window by one of her own courtiers and her body was eaten by stray dogs.

The photo is of a butterfly known as the common Jezebel.
8. Jonah was a prophet of God but that didn't stop him from straying from the straight and narrow path on some occasions. Which of these was the first sin committed by Jonah as mentioned in the book of the same name?

Jonah was directed by God to go to Nineveh and preach the message of God to the king and the people of the city. At the time, Nineveh was known for its wickedness. Instead of following God's command, Jonah instead boarded a ship sailing for Tarshish which was in the direction opposite to Nineveh.

The ship then ran into a severe storm and when the sailors realized it was caused by Jonah, he offered to have himself thrown overboard to calm the sea. Jonah was then swallowed by a big fish (some versions state that it was a whale) and spent three days and three nights inside its belly before he was spat out onto dry land.
9. The Old and New Testament both contain accounts of kings ordering the killing of new born male children.

During the time when the Israelites were living as slaves in Egypt, Pharaoh got alarmed seeing the growing numbers of the Hebrews. Worried they may soon outnumber the Egyptians, he ordered the midwives to kill all newborn male children. Moses was born at this point in time. However, he was hidden by his mother and later rescued by the Pharaoh's own daughter when she found his afloat a small basket in the river.

In the gospel of Matthew, wise men arrive from the East to worship the newborn king after learning of his birth through a star. They first inquire at the palace where King Herod becomes uneasy after hearing of the reason behind their journey. When they return to their land without informing Herod who the newborn king is, Herod orders the murder of all male children aged below two years. An angel of God warns Joseph of this in advance and the family escape to Egypt avoiding this fate.
10. One of the harshest examples of a person straying onto the crooked path is of this man who was chosen by Jesus to be one among his twelve apostles. Who betrayed Jesus for thirty pieces of silver?

Judas was the apostle in charge of the money bag. When the chief priests were looking for a way to arrest Jesus, they found a willing aide in Judas. He agreed to help them identify and arrest Jesus in exchange for thirty pieces of silver. After the Last Supper, when Jesus and his other apostles were praying in the Garden of Gethsemane, Judas arrived there with the soldiers.

He then greeted Jesus with a kiss which was the sign for them to arrest him. The Gospel of Matthew goes on to state that Judas was later overcome with remorse for his actions and returned the money to the chief priests before committing suicide.

The priests knew this money was stained by the blood of an innocent man and hence, they refused to keep it. Instead they purchased a piece of land called the potter's field which was to be used for the burial of non-Jews.
Source: Author zorba_scank 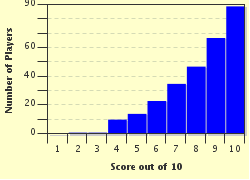