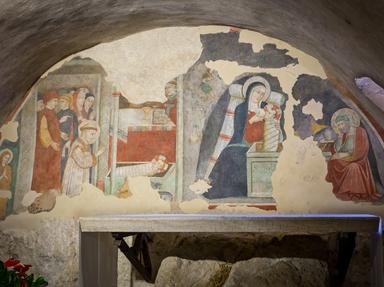 What Do You Know About Joseph? Quiz

Quiz Answer Key and Fun Facts
1. Who was Joseph's father?

Joseph was the son of Jacob and the grandson of Laban. Reuben was the oldest of Joseph's brothers.
2. Leah or Rachel? Which woman is Joseph's mother?

In Genesis 37:26-28, Joseph's brothers sold him to the Ishmaelites because he was the favorite of their father Jacob.
4. When Joseph entered Egypt with the Ishmaelites, who bought him from the group?

In Genesis 39:1, Potiphar was the officer of Pharoah. Joseph served Potiphar and later became a leader in Egypt.
5. Why was Joseph thrown into prison?

In Genesis 39:7-19, Potiphar's wife tried to tempt Joseph into sleeping with her. He ran out of the house. Potiphar's wife then accused him of attacking her. Potiphar threw Joseph in prison when his wife showed him a garment of Joseph's that was left behind when he ran away.
6. What did Jacob make for Joseph that made his brothers jealous?

In Genesis 37:3, Jacob made Joseph a coat of many colors.
7. What did Joseph do to get out of Pharaoh's prison?

In Genesis 41, Joseph interpreted dreams that Pharaoh had. Joseph told Pharaoh that his dream meant that Egypt would have seven good years of plenty and seven years of famine. In return, Pharaoh let Joseph out of prison and made him ruler of Egypt.
8. Why did Joseph's brothers come into Egypt?


Answer: to get the food they needed

In Genesis 42, Jacob's sons entered Egypt to get food because of the famine. They didn't recognize Joseph.
9. Who is Joseph's youngest brother?

Benjamin is the youngest son of Rachel. Joseph had the brothers bring Benjamin to him in exchange for the release of their brother Simeon.
10. Joseph eventually made himself known to his brothers in Egypt.

In Genesis 45, Joseph told his brothers who he was after they brought Joseph's youngest brother Benjamin to him. They were shocked at first, but then they talked with him. Jacob was reunited with Joseph in Egypt. Joseph died in Egypt when he was 110 years old.
Source: Author pennie1478 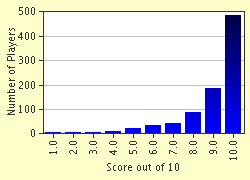