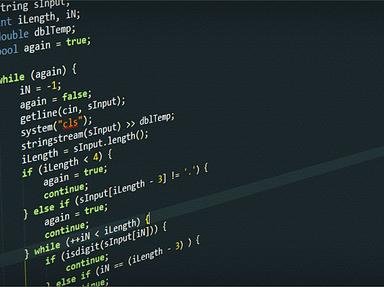 Google Earth is Spying On Me! Trivia Quiz

Google Earth is a software program that allows you to view the earth in 3D but it also has many more functions. How much do you know about this extremely useful program?

Quiz Answer Key and Fun Facts
1. The company that developed the original software upon which Google Earth is based, Keyhole, Inc., acquired some of its initial funding from which secretive US government agency?

Keyhole, Inc. was founded in 2001 and was originally funded by Sony, NVIDIA, and In-Q-Tel, the venture capital front company for the Central Intelligence Agency (CIA). Keyhole's premiere application was called EarthViewer. In 2004, the company was bought by Google and became the foundation for Google Earth. Keyhole was named after the KH reconnaissance satellites, the original military spy satellites operated by the CIA from 1959 to 1972.
2. What major world event in 2003 gave a huge boost to Google Earth's predecessor, EarthViewer, when major news broadcasters used its capabilities to cover the event with 3D flyby imagery?

The beginning of the Iraq War with the invasion of Iraq by US and allied forces made a star out of Keyhole's EarthViewer program as news networks such as CCN, ABC, and CBS used the 3D images it provided to cover the war. According to a March 21, 2003 "USA TODAY" article, when CNN flashed the website for EarthViewer on the screen, users overwhelmed the site and it crashed.
3. Google Earth has a flight simulator feature that allows a user to fly two different planes. Which US fighter jet, nicknamed the Fighting Falcon, is one of these?

Since its introduction, the flight simulator continues to expand and now includes the ability to fly helicopters. Other planes can be added to your program, working off of the two basic ones in the simulator.
4. The second plane featured in the Google Earth flight simulator is a much slower single-engine prop plane built by a company whose name is also the name for wispy white clouds found four to eight miles high. Which name do these share?

Cirrus clouds are thin, wispy clouds that form in altitudes above 16,500 ft in temperate regions and above 20,000 ft in tropical regions. They usually come in advance of other weather phenomena and so indicate that the weather is most likely about to deteriorate.
5. The Google Sky feature of Google Earth allows viewers to explore the heavens. Of the four sources below, which one is NOT a source used by Google Sky, comrade?

Soyuz is the former Soviet Union (now Russian) space agency and plays no role in Google Sky or in the Sky feature of Google Earth. As with most features in Google Earth, the feature is available both in Google Earth and as a standalone called Google Sky.

The visible data comes from the Sloan Digital Sky Survey and the Hubble Space Telescope. The x-ray data comes from NASA's Chandra satellite, the ultraviolet from NASA's GALEX satellite, the infrared from a joint NASA, Netherlands and UK Infrared Astronomical Satellite (IRAS) and the microwave sky from NASA's Wilkinson Microwave Anisotropy Probe (WMAP) satellite. (Source: google.com - the about page for Sky)
6. Google Earth has a feature that allows you to see a 360-degree panoramic view of many major metropolitan cities. What is this feature called?

Google Street View is featured both in Google Earth and Google Maps. The feature allows a panoramic 360-degree, street-level view of over 49 cities around the world, including cities in the US, Australia, Japan, France, Spain, Italy, Great Britain, Mexico, Canada, Brazil, Germany, Russia, and New Zealand among others.
7. Google Earth has a feature that allows you a 3D view of which ancient city as it looked in 320 AD?

On November 12, 2008, Google Earth launched its Ancient Rome gallery that allows a user to view the city in 3D detail as it would have appeared in 320 AD. The feature was developed by the Rome Reborn Project, a joint project between "the Virtual World Heritage Laboratory of the University of Virginia (VWHL), the UCLA Experiential Technology Center (ETC), the Reverse Engineering (INDACO) Lab at the Politecnico di Milano, the Ausonius Institute of the CNRS and the University of Bordeaux-3, and the University of Caen." (Source: the Rome Reborn website "about" page from virginia.edu)
8. Not only does Google Earth feature terrestrial locations, but it also features other bodies from our solar system. Which of these is one of them?

Google Mars was first a feature of Google Maps but is now also a feature of Google Earth. The data was collected in conjunction with NASA scientists at the Mars Space Flight Facility located at Arizona State University and includes data from two Mars missions - Mars Global Surveyor and 2001 Mars Odyssey. Users can switch between visible, elevation, and infrared data.
9. Google Moon was made a part of Google Earth 5 on July 20, 2009 to commemorate the 40th anniversary of the first moon landing. Seven missions were sent to land on the moon but Google Moon only features six of them; why?


Answer: One failed to actually land on the moon

Google Moon was originally launched as a standalone but now is included as part of Google Earth. The landing sites and missions specifics of Apollo 11, 12, 14, 15, 16, and 17 appear in the feature. Apollo 13 does not appear because the spacecraft had technical problems and never landed on the moon, although it was scheduled to. Google Moon has three modes - the Apollo Mode, the Visible Mode, and an Elevation Mode.

The Visible Mode contains data collected from the Clementine mission.
10. Google Earth has a feature that allows a user to travel under the oceans and see the topography. Are any other bodies of water available for this type of exploration using Google Earth?

Google Earth has a feature that allows a user to travel under the earth's oceans and also the Great Lakes and Lake Baikal. Not all of the data is available for every part of the ocean but the highest resolution data was provided by oceanographers from Columbia University's Lamont-Doherty Earth Observatory. Users can explore Cousteau's Ocean World, Shipwrecks, Dive Spots, Underwater Terrain, the Great Lakes and many other data collections.
Source: Author tazman6619 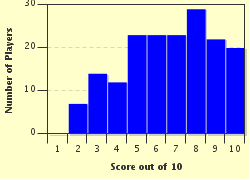 Related Quizzes
This quiz is part of series Sci/Tech: