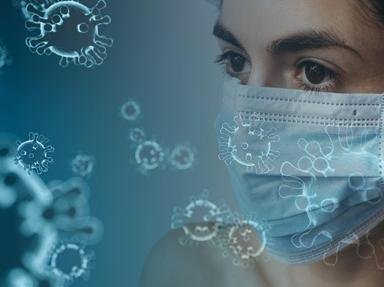 No Bones About It! Trivia Quiz

Our bones are the framework on which the rest of our bodies are built on. When something goes wrong the implications can be far-reaching. Use any knowledge you may have of medical terminology to help you answer 10 questions about the skeletal system.

Osteogenesis imperfecta is more commonly known as OS or brittle bone disease. In this disorder, the bones break easily. Simply rolling over in the crib can cause a bone to break. In small children or babies this can look like child abuse. This disorder does have a genetic component, but some sufferers have a spontaneous genetic mutation. Curvature of the spine, semi-transparent teeth, and hearing disorders are common among patients with this disease.

This disease varies in intensity, with the worst cases being fatal in early childhood.

There is no cure for OS and treatment focuses on increasing bone strength and preventing future fractures.
2. Renal osteodystrophy is a bone disorder that is caused by which of the following?

Renal osteodystrophy is a type of bone demineralization that is caused by chronic kidney disease. It is the result of decreased calcium and calcitriol levels and an increase in phosphate and parathyroid hormones. It can cause bone deformation and pain, along with increased bone fracturing. Treatment involves mineral supplements along with pain management. Recovery usually occurs after a transplant.
3. Pneumoconiosis is a disease caused by canaries, and causes the human lung to turn into bone.

Pneumoconiosis is the alternate name for black lung disease. It is usually found in coal miners and is caused by breathing in coal dust. It is not a bone disease.
4. What bone disease is most commonly found in women over 60 years of age?

Osteoporosis is a bone disease commonly found in elderly women. It affects bone density, making the bones porous and more likely to break. Osteoporosis usually has no symptoms until a bone is broken and X-rays are taken. Fractures of the pelvis and vertebral column can lead to a life in a wheelchair.

While anyone can develop osteoporosis, it is much more common in the elderly and in females. Sometimes chemotherapy, menopause, and alcoholism can all cause osteoporosis to occur and/or worsen. Woman with small frames and a family history of osteoporosis are at the biggest risk. Medication, mineral supplements, resistance training and aerobics are all used as treatments for this condition.
5. Marble Bone Disease causes the bones to become solid all the way through, causing a loss of which of the following?

Bones are constantly being broken down and reformed to allow for the body's need for calcium. In the condition known as Marble Bone Disease this natural reformation causes the hard outer bone to reform in the area occupied by the softer more porous inner bone which houses the marrow.

The bones become very dense and movement is impeded. When it occurs in adults, which is the most common scenario, it causes pain, bone fracture and difficulty in healing. A more deadly form occurs in children causing additional problems including deafness, blindness, seizures, pain and usually death. Treatment is aimed at easing the symptoms as there is no cure.
6. Which bone is affected in infants suffering from craniosynostosis?

Craniosynostosis is a birth defect that is best described as the bones of the skull fusing together earlier than normal. When this happens the brain does not have enough room to grow and there is not enough room for cerebrospinal fluid. The cause of craniosynostosis in not known but it is thought that there may be a genetic component.

The effects of the skull sutures fusing together in infancy include decreased intelligence, blindness, misshapen head and seizures. Symptoms include the lack of a fontanel (soft spot) on the newborn's skull, raised ridges along the suture lines and an unusually shaped head. Treatment is surgery that is designed to reshape the skull and relieve pressure on the brain.

Acromegaly is a disorder usually caused by a pituitary gland tumor. Overproduction of growth hormone causes the bones to keep growing. It is usually seen hand in hand with gigantism. The long bones keep getting longer and bones such as the jaw will expand until the face is distorted. Pain and inflammation of the affected joints is common.

The bones are weakened as it becomes almost impossible to ingest enough mineral-rich food to keep them strong. Curving of the spine and migraine headaches from overgrown bone are often found. Treatment consists of removing the tumor, oral medications, and exercise. Acromegaly in the bones cannot be reversed but is treatable and is usually not life-threatening.
8. Kyphosis is a disorder of which of the following bones?

Kyphosis is a disorder or symptom as opposed to a disease unto itself. Often caused by ossification of the bones it is also known a dowager's hump and Kelso's hunchback. Severe cases can leave the patient bent over, permanently staring at the floor, unable to stand upright.

It can be caused by injury to the spine, and there have been congenital cases of it reported. It is similar to scoliosis except that the curvature is front to back not side to side. Bad cases can cause pain, seizures, cardiovascular irregularities, inability to walk and can cause early death often due to pneumonia. Treatments involve surgery with spinal fusion, anticonvulsants, analgesics, and physical therapy. Any spinal surgery carries the possibility of paralysis as an outcome.
9. Fibrodysplasia ossificans progressiva (FOP) is a very rare disorder which causes other connective tissues of the body to turn into bone.

Known as 'Stone Man Syndrome' this disorder causes fibrous tissues of the body to ossify and turn to bone. This includes ligaments, tendons, and sometimes muscle. It causes the joints to freeze. Sufferers of this disease were often forced to make a living by putting themselves on display at circus freak shows. FOP is genetic and the first symptom, deformed big toes, is present at birth.

The disease progresses from the head and goes down. There are also bone lumps that will appear. Interestingly the muscles of the eyes, the diaphragm, and the tongue are not infected, nor is cardiac or smooth muscle. Death usually occurs from pneumonia caused by the inability to move.

There is no known cure, and surgery or injury to any joint or muscle only exacerbates the problem.
10. Nail-patella syndrome is a genetic bone disorder that can result in many problems including poorly developed bones particularly associated with which joint?

Nail-patella syndrome is a rare genetic disorder that affects the nails of the hands and feet as well as the knee-caps. It can affect other areas such as the ribs, pelvis, and spine as well as other joints, such as the elbow. In over 90% of cases there is severe patellar involvement which can make it impossible or very difficult to walk. Because it is genetic in origin there is no cure, only treatment. For reasons which are poorly understood, patients with this disorder are also more prone to having glaucoma, and kidney disease. Joints appear deformed and often have a pointy or conical shape.
Source: Author dcpddc478 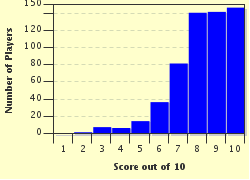