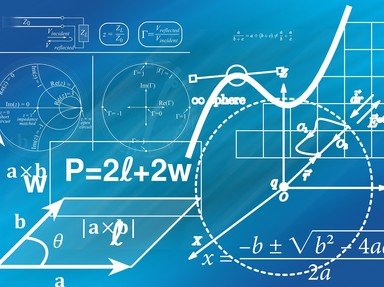 Many great mathematicians are fascinated by prime numbers. How much do you know about them? Have fun and thanks for playing.

Quiz Answer Key and Fun Facts
1. A prime number is a natural number which can be divided by two different divisors (namely 1 and the prime number itself) without remainders. Which of the followings is/are prime number(s)?

Therefore, the answer we are looking for in this question is 997. The greatest 3-digit prime is 997. This follows by 991 and 983.
3. An integer that is greater or equal to 2 is categorized into 2 groups. The first group is the prime number. These prime numbers are the basic building blocks for the second group of number, which is known as?


Answer: An even integer is definitely not a prime number.

The first prime number is 2, which is also the only even prime number. Therefore, any even number that is greater than 2 is definitely not a prime number, because it can be divided by 2.
5. The Sieve of Eratosthenes is one of the methods to determine whether a given integer is a prime number or not. There exists another method, which is called?


Answer: The Sieve of Atkin

Both methods can be applied and used to create programming algorithms and the computer will do the rest of the job for you. The Sieve of Eratosthenes is a simple way. Let say you want to find out which numbers (from 1 to 100) are prime numbers. So, first of all you need to list all the 100 numbers down. Then, you start crossing out numbers that are not prime numbers.

First and foremost, 1 is crossed out because it is not a prime number. Next, 2 is circled since it is the smallest and the only even prime number. Cancel out any other even numbers because they are all multiples of 2. This will leave you with less numbers. Next, circle 3 and cross out any other numbers that are multiples of 3. The same routine is used and continued for the rest of the numbers until 100 and you will all the prime numbers you need.

Meanwhile, the Sieve of Atkin is a newer and faster way. It is revised from the Sieve of Eratosthenes. The Sieve of Atkin is used generally in an algoritm, because it is very tedious and troublesome to work out the list manually.
6. Many great mathematicians proved that there is an infinite number of prime numbers. Which of the followings is NOT one of them?

The earliest poof was given by Euclid in his book "Elements". Apart from that, Euler showed that the sum of the reciprocals of all prime numbers is divergent, so this supported the fact that there is an infinite number of prime numbers. Moreover, by using general topology method, Harry Furstenberg also proved this statement.

Prime numbers are used widely in rotor machines. They are used as some kind of "passwords" to protect some very important details.
Source: Author Matthew_07 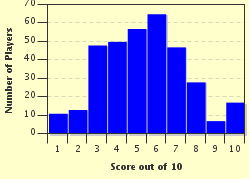 Related Quizzes
This quiz is part of series Fun with Numbers: