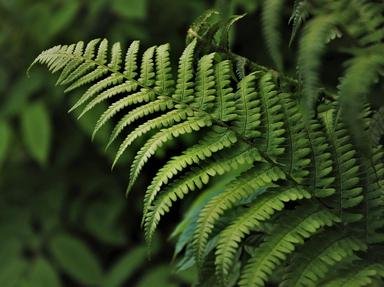 In this quiz, we will look at a few plants that may get you into trouble, either medically or legally.

Quiz Answer Key and Fun Facts
1. The United States is slowly relaxing laws regarding the use of marijuana. Which of the following states was the first to legalize marijuana for medicinal purposes?

Marijuana has been illegal in the United States since 1937. However, studies in the plant's medicinal benefits has led states to reevaluate their laws regarding its use. California was the first American state to legalize marijuana for medicinal use in 1996. Since then, more states have modified their laws regarding use of marijuana either by decriminalization, semi-legality for medicinal use or even legality for recreational use (such as in Colorado and Washington in 2012).
2. One of the most well known soft drinks in the world was originally made using leaves from this plant native to South America. Which is it?

The plant in the photograph is known as Erythroxylum coca, the plant from which the illegal drug cocaine is made. The plant is native to several countries in South America. When American pharmacist John Pemberton first made the Coca-Cola soda formula in 1886, it was initially infused with coca leaves (which explains the naming of the beverage) before the drug was declared illegal.
3. Consuming breads with poppy seeds on them may cause you to test positive during a random drug test.

Papaver somniferum (aka poppy) is a plant from which helpful drugs such as morphine and codeine are made. It is also used in creating illegal drugs such as heroin and other opiates. Modern drug tests are programmed to detect a certain level of opium present in the body.

When you ingest poppy seeds, such as those you may find on a piece of bread, the seeds contain a small amount of opium. Consuming too much before taking a drug test may cause you to test positive for the drug.
4. This troublesome plant is extremely poisonous to humans and animals. It was used to execute the famous Greek philosopher Socrates. What is the name of it?

Hemlock (Conium maculatum) is a species of poisonous plant found in Europe. The plant has also been found in North America and Australia. Hemlock is extremely poisonous as it causes paralysis of respiratory muscles. If not treated, hemlock poisoning can be deadly.

It was famously used to execute the Greek philosopher Socrates who was thought to have corrupted young minds of ancient Greece with his teachings.
5. If you play video games, you may identify the Rafflesia flower with the "Pokemon" known as Vileplume. It is a very fitting name as this plant has an unusual smell. What does it smell like?

The Rafflesia is a flower that is native to the jungles of southeastern Asia. It is one of the world's largest flowers. It is also nicknamed the "corpse flower", since it has a distinctive odor of rotting flesh. The odor attracts insects which help pollinate the species. The flower would be the inspiration for the Vileplume species of "Pokemon", whose design is based on the Rafflesia.
6. There are several species of poisonous plants you should look out for if you are camping in the American wilderness. Which of the following is not one of them?

If you decide to go camping in the United States, you will need to be cautious about coming into contact with several plants belonging to the Toxicodendron family. These include poison ivy, poison oak and poison sumac. Each of these plants can cause dermatitis, leaving rashes and blisters on the skin. Poison sumac is considered the most toxic of the three plants.

The leaves in the photo come from the American elm tree, which is not poisonous. A general rule for campers looking to avoid contact with poisonous plants is "leaves of three, let it be."
7. This weird plant is a spineless species of cactus that has hallucinogenic chemicals. It is native the southwest region of the United States and northern Mexico. What is this plant called?

The Lophophora williamsii is a spineless species of cactus that is found in southern portions of Texas and northern portions of Mexico. It is more commonly known as peyote. Peyote is considered a controlled substance as the plant is used as a psychedelic.

However, native American tribes have used the plant during religious ceremonies and the plant is exempt when used for religious purposes.
8. This plant has been both a blessing and a curse to humanity. It is one of the most widely consumed plants produced in the United States as well as the world. This plant can also kill you if you chew it or smoke it. What is it?

Tobacco is a plant that was first cultivated in Central America and South America. European explorers discovered the plant during their expeditions and it became one of the world's most popular crops due its addictive nature. It is used in the production of cigars, cigarettes, chewing tobacco and other applications.

While tobacco has proved to be a profitable crop, it is also dangerous as it can cause cancer whether it is smoked or chewed.
9. This is a poisonous plant known as Aconite. It can be found in higher elevation areas across the Northern Hemisphere. What is another name for this plant?

Aconite is a species of plant that thrive in mountainous regions across the Northern Hemisphere. They are known to be highly poisonous affecting the victim's gastrointestinal and cardiovascular systems. The plant is also known as lycotonum, a name of Greek origin that gives the plant its nickname of "wolf's bane".

The toxins of the plant would be used by various cultures to aid in hunting, as well as in combat.
10. This species of cactus won't normally cause you any trouble, unless of course you try to hug one. What are they called?

The Saguaro cactus (Carnegiea gigantea) is a giant species of cactus native to the American states of Arizona and California as well as portions of northern Mexico. The Saguaro can grow in excess of 40 feet tall and is able to store rainwater in order to survive the desert climate it lives in.

The Saguaro is covered in two-inch spines designed to protect it. While it is relatively harmless, it would not be a good idea to hug one.
Source: Author RedHook13